'Zoey's Extraordinary Playlist': Does Zoey Choose Between Max and Simon in the Season 2 Premiere?

Zoey’s Extraordinary Playlist, an NBC musical dramedy series, captured the hearts of audiences during its first season in 2020. Zoey herself, meanwhile, did the same to two men, leaving an unresolved love triangle. Discover how she chooses between them in the season 2 premiere. 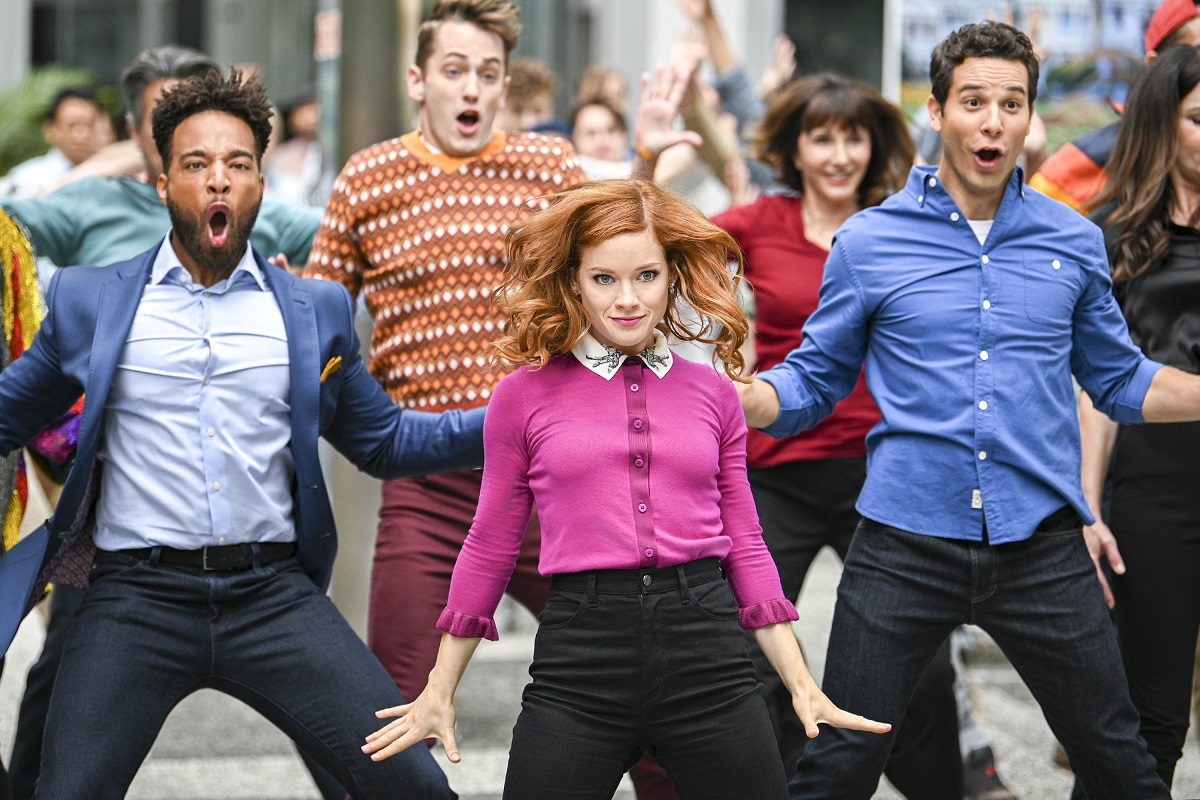 Zoey’s Extraordinary Playlist follows a young woman, Zoey Clarke (played by Jane Levy). Zoey hears “heart songs” when those around her sing their feelings to her, which no one else can hear. Much of the series focuses on her family coping with her father’s neurological condition, which results in his death at the end of season 1.

However, Zoey’s life is more fleshed out than that. She has friends, including her best friend, Max (Skylar Astin), who works with her at SPRQ Point. He reveals that he’s in love with her in the pilot, but Zoey doesn’t know how she feels. She develops a crush on another co-worker, Simon (John Clarence Simon), who is engaged for much of season 1.

Simon leaves his fiance, but Zoey and Max kiss at the end of Season 1

There’s a lot of back and forth within this love triangle throughout the season. Max starts dating someone else, and Zoey and Simon share a moment ahead of his engagement party. His fiancee finds out about their connection, and though they deny it, they later share a kiss. He breaks off his engagement.

Meanwhile, Max breaks up with his girlfriend, and Zoey sees him in a new light. Midway through the season, she realizes she has feelings for both men. She seemingly chooses Simon. But in the season finale, Zoey and Max have a moment, and she kisses him. Before they can talk about it, Zoey gets the call about her dad.

Zoey avoids sorting through her feelings about them

The Zoey’s Extraordinary Playlist Season 2 premiere begins with Zoey going to meet Max for coffee weeks after her dad’s death. Her friend, Mo asks, “Any new update on you two?” Zoey responds, “Nope. Avoidance has been a glorious thing. Allowed me not to deal with anyone or anything.”

Later in the episode, Zoey learns that Max and Simon have become friends. They tell Zoey they don’t want to fight over her and want to be there for her while she grieves. But then they sing “Are You Gonna Be My Girl?” to her. Zoey doesn’t know how to deal with this, so she continues to avoid the subject.

Zoey makes her choice in the season premiere — for now

The first episode of season 2, “Zoey’s Extraordinary Return,” sees Zoey strive to get back to her life. It takes the help of those around her, but she’s finally ready to pick up where she left off. And that includes what last happened between her and Max. They share a kiss in the final moments of the episode.

But don’t count Simon out. “I think there’s a lot more to expect from that love triangle,” said Skylar Astin — who plays Max — in a teaser for the season premiere. “Especially as it pertains to Max and Simon as friends.” So while Zoey chose Max (for now), there are likely more complications to come in future episodes.