Sky Atlantic and Now TV recently launched its new thriller series ZeroZeroZero, which comes from the makers of True Detective and Gomorrah. The series follows buyers, sellers, brokers and everyone in between involved in the lucrative and highly dangerous drug trafficking industry. But what about the future of the series?

Will there be another series of ZeroZeroZero?

ZeroZeroZero launched on February 4 with all episodes of the taut and suspenseful drama series landing on Now TV in one go.

The eight-part series continues to air weekly but some audiences have binged through the show already and want to know if there will be more.

Sadly, there’s some bad news for fans as it looks like ZeroZeroZero is simply going to limited standalone series. 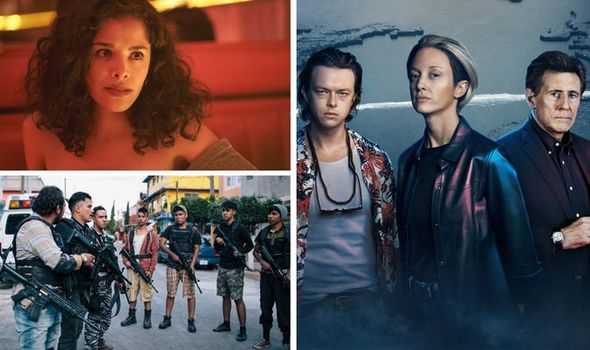 Director and showrunner Stefano Sollima confirmed there would be no follow-ups, saying: No. ZeroZeroZero is actually a mini-series. It’s eight episodes, and the season ends there.”

ZeroZeroZero is an ambitious series which was filmed in three different countries and in six languages.

The show has an equally international cast including Gabriel Byrne, Andrea Riseborough and Dane DeHaan, among others.

Given its subject matter, ZeroZeroZero has gained favourable comparisons to Netflix hit Narcos with some suggesting it could have bested the drama.

ZeroZeroZero is adapted from the book of the same name by author Roberto Saviano, who also wrote Gomorrah.

However, ZeroZeroZero veers away from the source material in a bid to make the series more original.

Speaking about coming up with the story arc, Sollima described the show as a “voyage” with the audience following the journey of the product.

Sollima explained: “We imagined the arc of the series as a voyage of this cargo from its point of departure in Mexico to its point of arrival in Calabria, passing through Senegal and Morocco.

“The actual narrative tells about cocaine trafficking and the money that is made from it and what criminal organizations do to gain its control and how this impacts all different aspects of real life with which it intersects – some of which are pretty politically extreme and paradoxical.”

ZeroZeroZero doesn’t follow a linear structure when it comes to its storytelling which Sollima said led to playing with the structure of the drama.

He told Variety the most “risky” and “ambitious” part of the drama was going down a well-trodden path when it came to drugs but trying to make it feel fresh and unique.

Sollima said: I’m not talking about just doing a series on cocaine shot in the real locations in three continents around the world.

“I mean telling a story [drug trafficking] that’s already been told many times, but from an angle that is totally original, so much so that it doesn’t even seem like a drug smuggling story.”