When the Coopers arrived for Sunday service, judgmental stares from fellow congregants, still up in arms about 17-year-old Georgie impregnating 29-year-old Mandy, propelled Mary to sit as far back as possible — much to Sheldon’s chagrin. When Missy asked her brother what was wrong, he answered, “We’re nowhere near the acoustic sweet spot.”

This, of course, was but a small part of Young Sheldon‘s eventful premiere, which saw George and Dale post bail for Georgie and Meemaw, Sheldon and Missy first encounter Mandy, and Mary’s crisis of faith exacerbated by her fellow parishioners’ disapproval.

Below, executive producer Steve Holland weighs in on the fleeting Big Bang callback and the lingering family drama at play in Season 6 of the prequel series (which has already been renewed for Season 7).

TVLINE | Sheldon could care less about the church. But he does take offense when the congregation turns its back on his family. Talk to me a bit about the significance of his outburst. 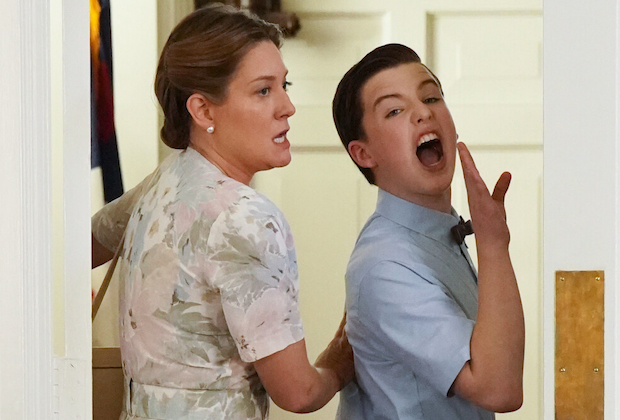 He doesn’t care about religion, but he cares deeply about his mother and the way that she’s been treated. Sheldon is in his own world a lot [of the time] and says whatever he is thinking, whether or not it comes off rude. We’re always looking for those moments where you see that he is also really loyal and really caring. I think it goes a long way when you see that, deep down, there’s a lot of love there — especially between he and his mom.

TVLINE | Mary will be spending some time away from the church this season. What will that look like?
It’s sort of the through line [of Season 6]. We know from Big Bang that Mary finds her way back to the church and ends up more religious than ever, but it gives us a chance to tell other stories and show some other sides to Mary’s character. She’s not just a religious scold. There’s a lot more to her, and we’re having a really good time exploring that.

TVLINE | George Sr.’s fate always adds a layer of melancholy to scenes between him and his children — like when Jr. asks Sr. about his own experience as a young father. Will Georgie’s current predicament continue to bring father and son closer together? 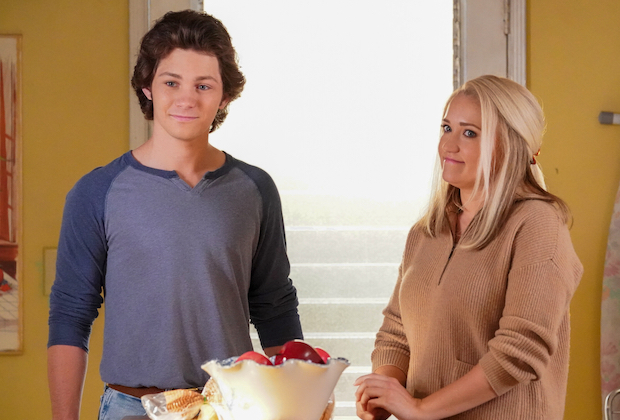 This certainly pivots their relationship a little. We play a lot of that [father-son dynamic] for comedy; there’s a lot of George rolling his eyes and thinking Georgie is an idiot. Knowing from Big Bang that George passes away when [his kids] are still young, we’re always looking to find those moments that are going to make it hurt when we know he’s going to [die].

TVLINE | I can’t imagine Georgie’s arrest sits well with Mandy. What can you tease about their non-relationship moving forward?
Well, Mandy doesn’t know about the backroom gambling parlor, and Georgie is worried about her finding out. Georgie and Meemaw are going to be playing it a little cagey as to what’s going on, and that just arouses Mandy suspicions.

TVLINE | George and Mary’s extramarital flirtations with Brenda Sparks and Pastor Rob were put on the back burner this week. How prevalent are those relationships this year? 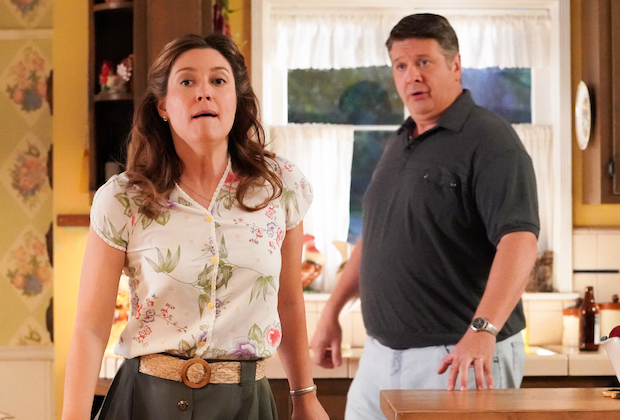 Not super prevalent. It’s a simmering background thing. Those [relationships do still] poke their heads up here and there, but there’s a bit of a pivot in the George-and-Mary relationship this season.

TVLINE | Let’s end on a lighter note. After church, Sheldon switched into his second graphic t-shirt in as many episodes. So far, we’ve only seen him dress down at home. Are we to assume this is the boy genius’ personal form of leisurewear?
Yes, exactly. It’s not what he wears to school; that’s more businesswear. But when he’s lounging around the house, hanging out or at the comic book store, we’re going to start filtering those into his wardrobe.