Women on the force: Why there’s more to policing than testosterone

Seconds after locking the suspect into the back of a police van, the delighted – and aptly-named – PC reports on the results of the drugs raid. “We got into the flat pretty quick and contained him,” she explains, adding with a smile: “He was on the toilet, so he wasn’t going anywhere.” Welcome to policing North Yorkshire-style, where in 2021 women play every bit as demanding a role as their male colleagues.

The percentage of female police officers in England and Wales has almost doubled in the last 20 years and North Yorkshire, covering one of the largest areas of any force in Britain, has a high proportion of women in senior roles and among its 2,500 officers and staff.

Pauline, 60, and female colleagues are the focus of a gripping new documentary, Women On The Force, made with unprecedented access to one of Britain’s most ­gender-equal constabularies.

Frontline policing has never been tougher and the 10-part fly-on-the-wall series explores the demands facing women officers and the dangers they face on a daily basis as they struggle to balance work and home lives. Documentary makers followed the work of women at every level, from Chief Constable Lisa Winward to the latest new recruits, with each episode based around the unfolding stories of three women.

Colleagues joke that Pauline, known for her infectious laugh and good humour, “is the law”. She gets results through her charming but determined style.

Pauline explains: “I recently hit my 60th birthday, so I had to apply to the Chief Constable [to stay on] and she said she’d love to keep me.” She believes women officers make a huge positive contribution to policing. 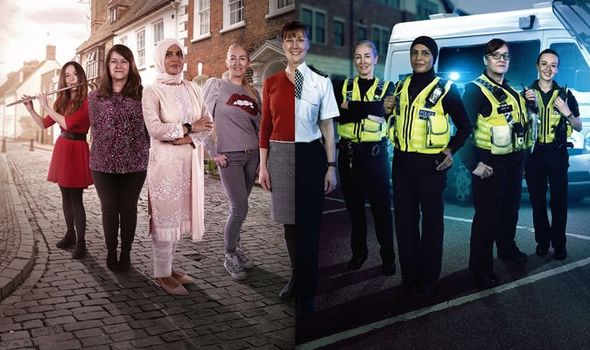 “I think it’s a quality for a woman to be able to go into difficult situations and keep people calm,” she adds.

“It’s not all about testosterone and manpower. There’s no point going in all guns blazing, getting them frightened. Women bring a lot to policing. It’s all about the approach.”

Pauline’s daughter Louisa, 30, is a hotel manager and her son Jack, 27, works as a barber.

Pauline’s granddaughter Gracie, 14, makes an appearance in the programme being driven to school and expressing her concerns about some of the incidents her grandmother is called out to.

The cameras follow Pauline scouring the streets for a suspected drunk driver with all the energy and enthusiasm of a rookie, even though she’s a grandmother and veteran copper. While taking the alleged drunk driver to the station, he suffers an asthma attack, so she radios ahead so that someone is on standby with an inhaler when they arrive at the nick. 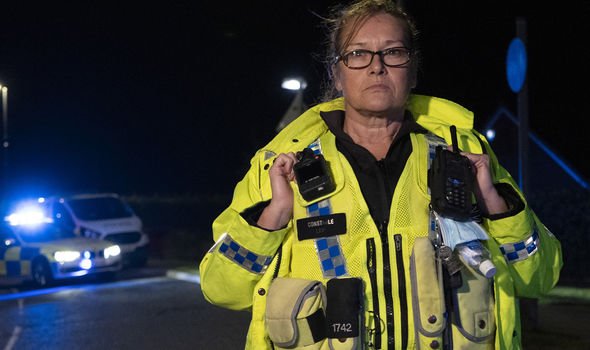 In episode five, PC Alicia Oakes’ attachment to the force’s Operational Support Unit sees her take part in her first search for a missing person, before discovering the ­ultimate stress-busting activity when she’s asked to dismantle a marijuana farm.

Pauline finds herself taking on shoplifters and burglars. PC Uzma Amireddy has to present her newly designed hijab to the chief, as she works to make the force more inclusive and safer for female Muslim officers.

In episode six, PC Helen France will be seen at the centre of an armed response when a man makes threats against his neighbours. Newly-qualified CID detective Claire Hudson juggles caring for her two kids with searching bins for weapons after a violent assault on her patch leaves one man in ­hospital and the suspect still at large. While PC Rita Pugal encounters a pair of shoplifters who deny everything despite being caught red-handed with the stolen clothing.

Harrogate-based Helen, 55, who was married to former Premier League footballer Dean Windass for 20 years, tells the programme: “Yes, I was a footballer’s wife and yes my husband was earning thousands of pounds a week but I wanted my independence so I joined the police – for me. Then he had an affair.” 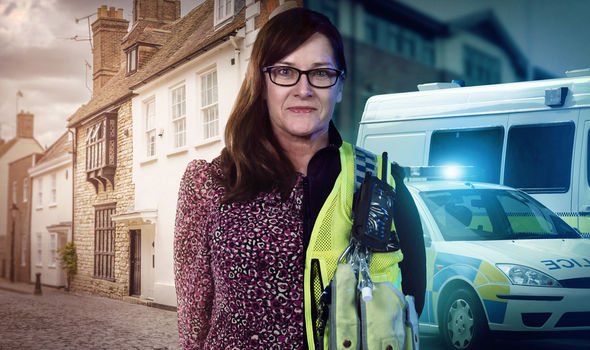 While women fulfil all roles, there are times when situations do get out of control. Pauline recalls taking a female student officer along on a call to a domestic related incident involving two men who had split up and one had been warned not to go back to the property.

“He was this six foot five inch stocky guy who didn’t have the time of day for us,” she says. “He started pretending to shoot us and things like that while standing in the middle of the road. There was a primary school round the corner and all the little kids were turning up.

“We had to do something but he was huge. We got hold of his arms and he was swinging us around and we sprayed him but that had no effect whatsoever. I shouted on the radio for more assistance and they knew it was serious because I very rarely do that.

“We had to detain him as best we could. We ended up pinning him against a wall. That was a bit of a scary situation but then back-up arrived.

“You don’t think too much about the ­dangerous situations you are getting into. You just know you have to deal with them. You think about it afterwards though.”

She also recalls finding a burglar. “I remember once going to a four-storey building and the fire brigade turned up because one of the two had gone on the roof and they’d got him down, but we had one outstanding suspect,” she says. 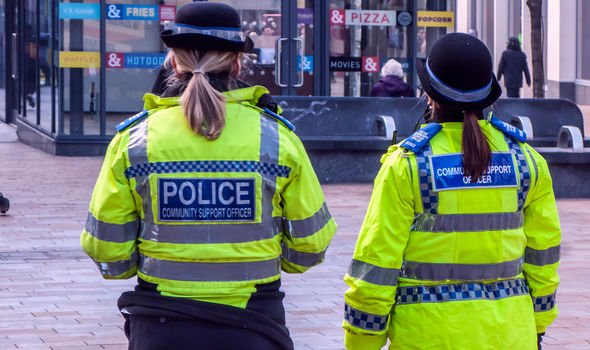 “I’d remembered seeing some fingerprints around a loft entry and thought that’s a bit strange. With me being the smallest I went up into the loft, which was tiny, three feet high and there was no sign of him.

“Then I started pulling back the insulation and there he was hiding underneath it. The feeling of elation was just great.

“I remember going to an old boy who’d been burgled and was really upset. He was doing a jigsaw in the kitchen, so while we waited for CSI I just sat down and started doing the jigsaw with him and he really appreciated that.”

Pauline even stayed calm when a suspect, who was about to be sectioned for serious mental health issues pointed a gun at her.

“He saw me at the back of the address, picked up a gun and pointed it at me,” she shudders. “It turned out to be an air rifle but to me it was a proper gun. It ended up with a nine-hour siege and we must have had 60 or 70 officers. He was live streaming and threatening to blow the house up with [high explosive] Semtex. He was getting aerosols and lighting them and threatening to shoot officers’ heads. Everyone had to be ­evacuated from nearby houses. Eventually he was arrested and went to prison.

“A few weeks ago I was given the opportunity to meet him in prison under what they call restorative justice. He explained all the things that had been going on in his life.

“You see him now and you think what a tremendous guy because he has turned his life around. He was in tears and I was in tears. These are the things you remember most about the job.”

The programme sees Pauline returning home after a night shift, making a cup of tea and relaxing as she goes over the events of the day while staring up at the stars. One of her hopes is that women who watch the programme might be persuaded to join the police.

Watching a previous documentary about how a hairdresser had quit her job to become a beat officer inspired Pauline to leave her office job in York with BT and sign up in her mid 40s. “I decided to join the police as a civilian, taking calls, and then I got speaking to a lot of people in the control room and thought I really wanted to be a police officer,” she says.

“The process took over a year but I stuck with it and became a police officer in 2005 when I was 44. I’d split up from my husband and was going through a rough time, moving house and with two children, but it’s all worked out brilliantly.

“I’d hit rock bottom but joining the police saved me. They are my second family and I dread the day I eventually retire.”

● Women On The Force starts at 8pm tomorrow on W Channel