Why Laura Dern Is the Best Part of ‘Big Little Lies’

If you’ve seen a single episode of Big Little Lies, then you’ve witnessed the perfection that is Laura Dern’s portrayal of Renata Klein. She is loud, obnoxious, and most importantly, loves being rich. Renata is more than confident, and a business executive at that. It’s mesmerizing to watch her freak out and blow things out of proportion. 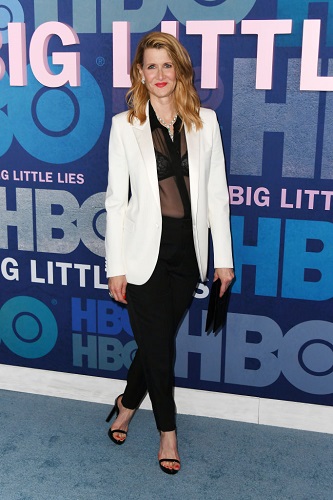 Renata was a supporting character in season one, and is slowly making her way into the core friendship group on the show. Desperate to better her friendship with Madeline (Reese Witherspoon), Celeste (Nicole Kidman), and Jane (Shailene Woodley), it appears they’ve bonded over their mutual lie.

At the end of season one, Renata and the others, along withBonnie (Zoe Kravitz) become closer after Celeste’s husband, Perry (Alaxander Skarsgard)is pushed down a flight of stairs while abusing Celeste. Bonnie deals thedeadly push and is now distraught because of it. Renata has grown closer to hergroup of friends in turn.

Renata’s husband is promptly arrestedfor security fraud and is closing in on bankruptcy. Soon thereafter, herdaughter Amabella (Ivy George) is put in the hospital after fainting in aschool closet. You slowly start to see Renata unravel, and it’s pure magic.

Slowly we learn more about her back story, in that she grewup poor and vows to never go back to that place again. She will stay rich andthat’s just how it’s going to be. It’s her greatest fear, and she will not go backto poverty. 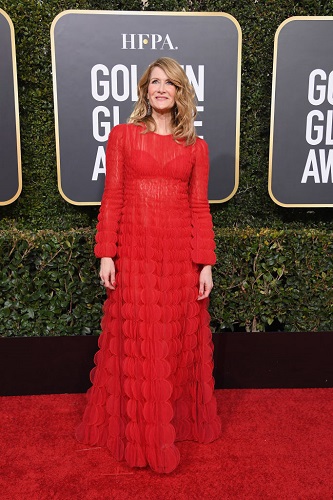 Dern was already doing big things in the first season. She wona Golden Globe and an Emmy for best supporting actress. Dern finds a way ofgetting to the heart of Renata, and you feel that in the way she ferociouslyfights for her daughter, Amabella.

Renata is determined to fight for her daughter and make sureshe has the very best. Since Amabella spent much of the first season of BigLittle Lies being bullied, it’s no wonder her mother is so protective.

Derntold Uproxx that she “could have no more fun than playing Renata, my god.”

Renata Klein is losing it and it’s so entertaining

Renata screams at both her daughter’s teacherand principal. “You think because of this whole bankruptcy thing that theschool thinks I don’t matter?” she asked. “Please. I will be rich again. I willrise up. I will buy a…polar bear for every kid in this school. And then, I willsquish you like the bug that you are.”

You could almost taste the venom coming from Renata, and it’s so entertainingto watch it all unfold. She’s lashing out at anyone and everyone because it feelslike the end of the world to her.

Renata will do anything for her daughter Amabella 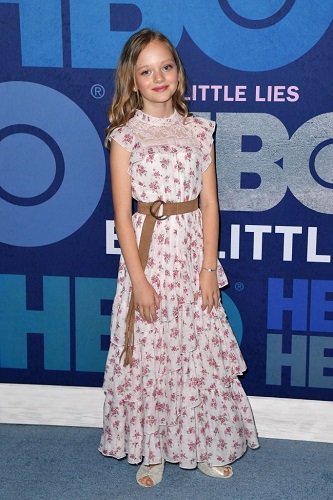 If you’ve watched even a single episode of Big LittleLies, then you’ve witnessed the way Renata cares fiercely for her daughterAmabella. She’ll do absolutely anything and take on anyone for the love she hasfor her. You can feel that within a single scene between them or when she talksabout her daughter.

Though she is selfish deep down to her core, Renata’s over exaggerated worldview has damaged her daughter. Amabella suffers an anxiety attack when she learns of the issues of sustainability and climate change. She is clearly dealing with some underlying issues because of her mother. She knows something is going on with her but can not do anything to help her.