Why Didn't They Ask Evans?: Trailer for Agatha Christie series

Detective series, Why Didn’t They Ask Evan landed on BritBox in April and wowed fans with its onscreen adaptation of the 1934 Agatha Christie novel. Writer, director and co-star Hugh Laurie paid a touching tribute to Lady Frankie star Lucy Boynton.

Why Didn’t They Ask Evans followed Bobby Jones (played by Will Poulter), a young naval officer and preacher’s son as he stumbled across a dying man.

The man who had seemingly fallen off the cliff was later identified as Mrs Cayman’s (Morwenna Banks) adventurer brother Alex Pritchard (Leon Ockendon).

However, Bobby found himself in the midst of an investigation after Alex used his last breath to ask a cryptic question.

He quizzed: “Why didn’t they ask Evans,” a question which plagued Bobby and motivated his mission to find out the truth about what truly happened to Alex. 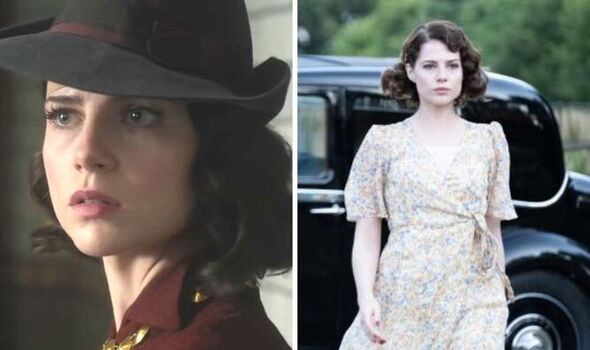 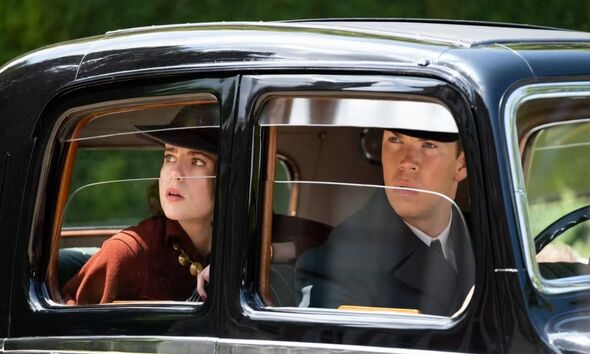 Bobby enlisted the help of his longtime friend Lady Frankie Derwent (Lucy Boynton), who he reunited with after a decade apart.

However, what the two come across is a shocking amount of revelations to do with deceit, betrayal, and murder.

As the pair took it upon themselves to solve the mystery and identify Evans, which became an unexpected journey across the country.

Showrunner, Hugh Laurie who was the director and writer of the show also portrayed Dr James Nicholson. 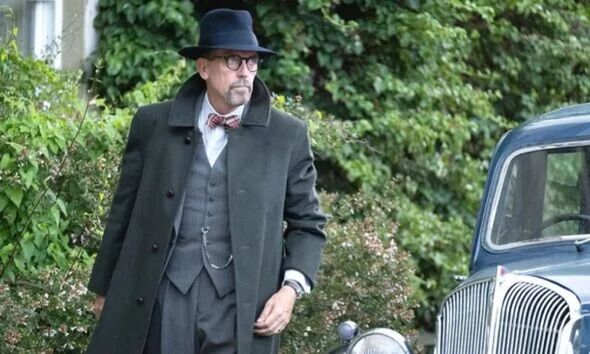 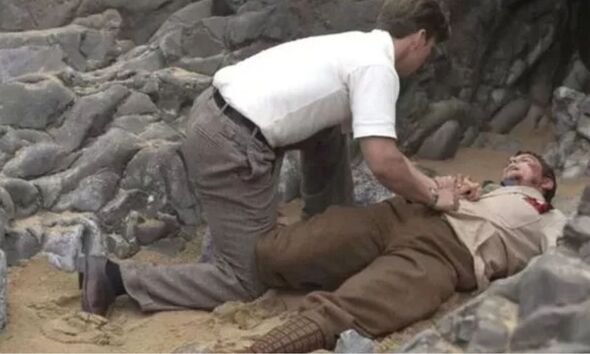 During an interview with Deadline, he opened up about his love for the novel and praised his co-star Lucy for her portrayal of Frankie.

Laurie shared: “I absolutely love the story. Actually, I think there’s something hip about it.

“I think it’s the hip character, it’s a hip story, and there’s a useful conundrum at the centre of it and it’s so exquisitely revealed in the book.”

Laurie continued: “We tried to do justice to that moment, actually Lucy had to bear the weight of that moment, the revelation of it, which she does, I may say justice exquisitely.”

In the same interview, Lucy also took the time to praise Laurie who had been directing the series.

The actress highlighted his different approach to the role as he was also an actor as “it changes the way that you communicate about the project as a whole but especially the characters”.

Praising Laurie she stated: “What I loved was, how much he loves these characters and immediately you feel in safer hands because there’s kind of this care and consideration for the accuracy of the portrayal.

“Also making sure that kind of that life and electricity that is so present in the character is constantly being brought day to day, scene to scene.”

She continued: “So knowing that that is being protected, allows you as the actor, I think greater freedom to play within that and I think it changes the dynamic as well.

“Speaking to another actor, you kind of end up going from the inside out of the scene, so rather than having the kind of external perspective that a director does of the entire tapestry.

“There is that but also this intimate understanding of the way that you find a character and each moment in the scene and that’s very much the emotional core of them.”

“To know that was being covered was also a lot of fun,” Lucy concluded.

Why Didn’t They Ask Evans is available on Britbox.