Who went home on The Masked Singer UK? Dragon revealed to be 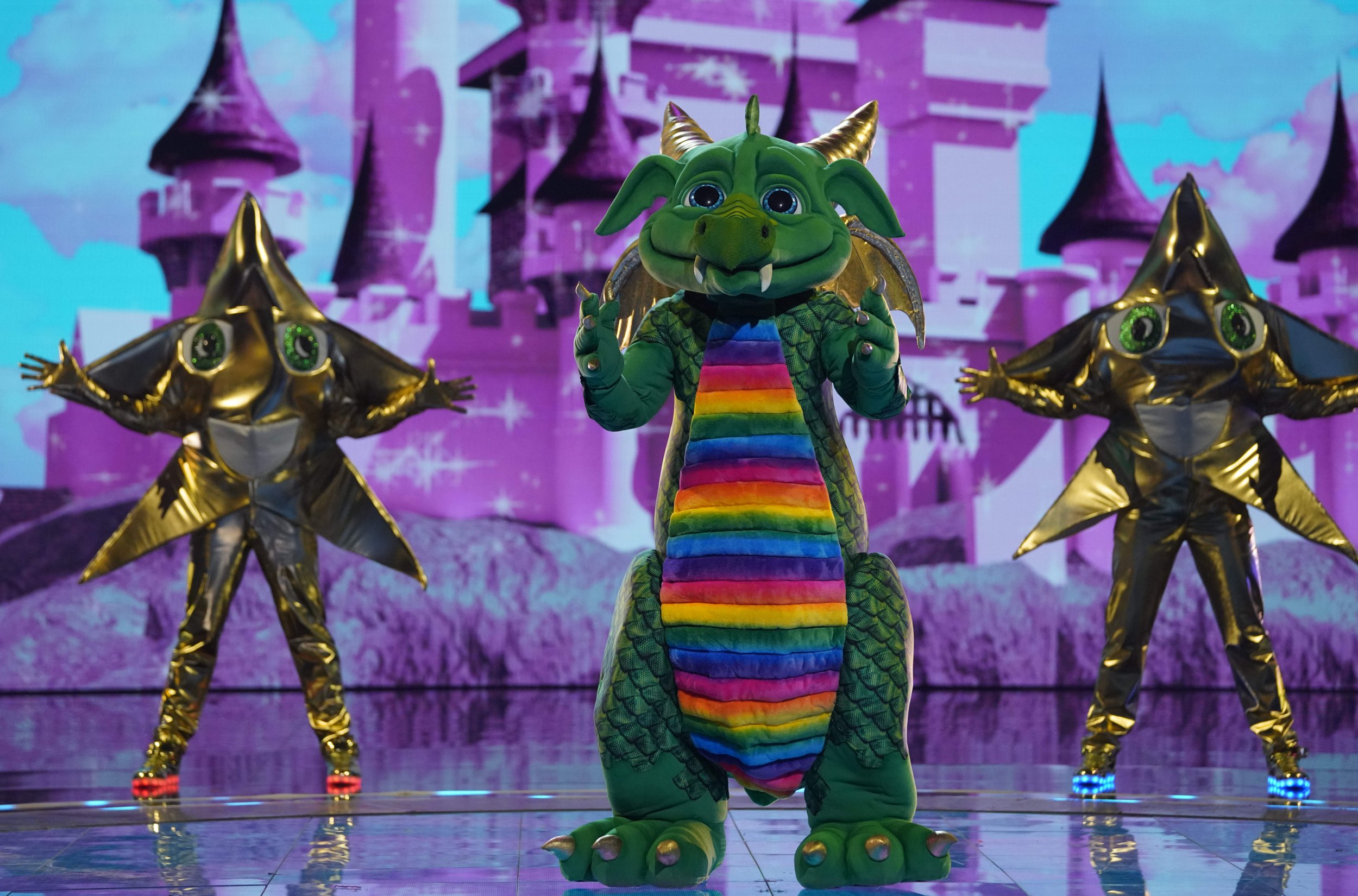 The Dragon has become the eight contestant to be voted off from The Masked Singer UK, as well as being this week’s first star to be unmasked.

The panel and viewers were left stunned as Dragon removed their mask and was revealed to be Sue Perkins.

Fans had suspected that Sue Perkins might be under the mask as clues about eating all kinds of weird items didn’t point to a stint on I’m A Celebrity… Get Me Out Of Here but to her appearance on The Supersizers.

The appearance of a radio or podcast microphone and the love of food and cooking had also pointed to it being Sue under the Dragon mask.

Viewers also speculated that the voice might have given it away, suggesting that it sounded like the presenter.

The fake accent and the incredible singing voice had confused the panel, however, as other guesses included Courtney Act, Rebel Wilson, Miranda Hart and Amy Schumer among others.

The latest episode of the show saw all five remaining singers take to the stage, which consisted of Harlequin, Dragon, Sausage, Robin and Badger.

Last week’s show saw the first double elimination as the Viking was revealed to be Morten Harket, the lead singer of A-Ha, while the Blob turned out to be Sir Lenny Henry.

The Masked Singer UK returns next Saturday at 7pm on ITV.

The Masked Singer series 2: Who is behind each mask?

With the nation more or less confined to their living rooms every Saturday night, The Masked Singer has proven to be something of a lockdown 3.0 saviour.

While the performances are of course a draw, most of the fun lies in guessing just who is behind each mask.

Here are the clues and theories so far: