Who is Cain and Chas' dad in Emmerdale and late actor Andy Devine's role? 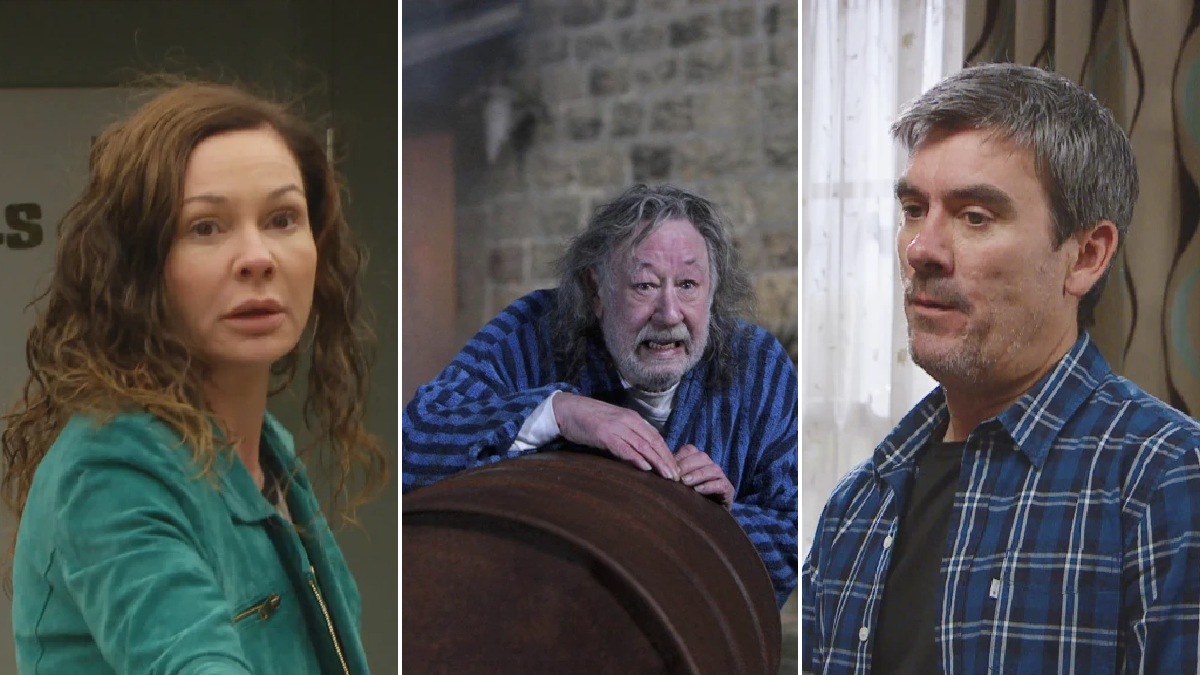 The scenes will see them reflect on their traumatic past, that saw Faith walk out on Cain and Chas when they were younger.

This ordeal left the siblings traumatised and still impacts Cain to this day, it is one of the many reasons why his relationship with Faith remains so broken.

So, here’s a reminder on Cain and Chas’ past.

Why did Faith leave Cain and Chas?

Shadrach Dingle (Andy Devine), Cain and Chas’ father, was a drunk and violent man to Faith.

When Cain and Chas were about 14 and 11 years old, Faith walked out on their family, believing she and her children would be safer.

However, when Faith left, Cain was often beaten by Shadrach.

Who is Shadrach Dingle?

Last seen in 2010, Shadrach was lazy, vicious and often dependent on alcohol, which led to his death.

Cain and Chas’ father was also racist, which was behind Faith’s decision to keep Nate’s (Jurell Carter) identity a secret.

Faith knew Cara had given birth to Cain’s son, but didn’t tell him as she feared what Shadrach would do after learning a mixed-race baby had been born into the family.

Shadrach was played by actor Andy Devine, who passed away in January, according to public reports.

While he was best known for his role in the long-running soap, Devine also made appearances in Russell T Davies’ Queer As Folk from 1999 to 2000.

The actor had a long-running career, with one of his first acting jobs being in 1973, when he made various appearances in Doctor Who as a Draconian.