What is coupling as Rhaenyra and Daemon caught together?

Game of Thrones was known for its sex and the most recent episode of prequel series House of the Dragon obliged fans with some steamy but distinctly more tasteful scenes.

There are many definitions of coupling and in its most basic sense, it means bringing together or coming together of a pairing.

However, in the instance of House of the Dragon it was a reference to having sex or a sexual union.

Daemon and Rhaenyra were indeed kissing and in the middle of foreplay as they were locked in a passionate embrace.

But once again, Daemon’s powers to perform failed him after he was left impotent when Rhaenyra seemed to reciprocate his approaches. 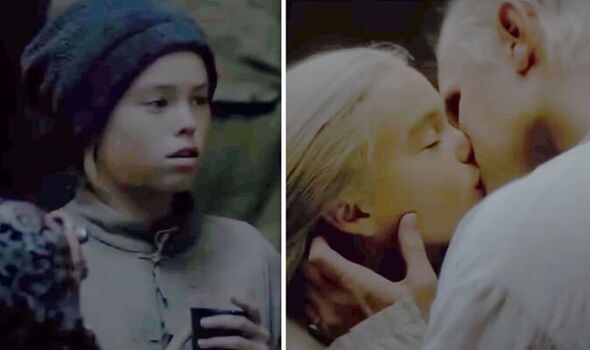 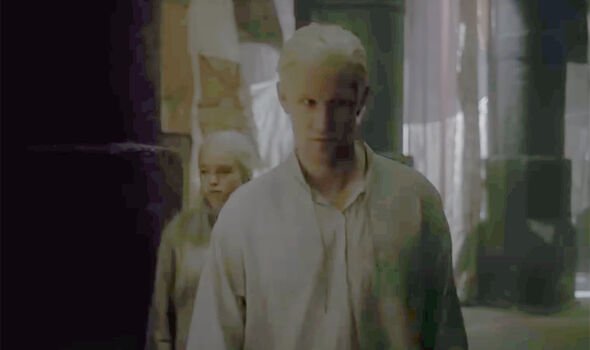 Daemon swiftly left the scene and Rhaenyra found her way back to the castle and fulfilled her pleasure with her personal bodyguard Ser Criston Cole (Fabien Frankel).

So while no coupling occurred between Daemon and Rhaenyra, she later coupled with Ser Criston as the Kingsguard knight broke his oath of chastity by sleeping with her.

Speaking about the sex in the episode, director Clare King said: “Directing scenes like that can be really difficult. It’s a big responsibility and it’s important to shoot it from the right point of view.

“Being a female director, I’ve grown up watching how male directors have directed sex scenes and as a woman I have to really think about how to shoot it because my go-to images are images that I grew up with, which aren’t necessarily from a woman’s point of view. 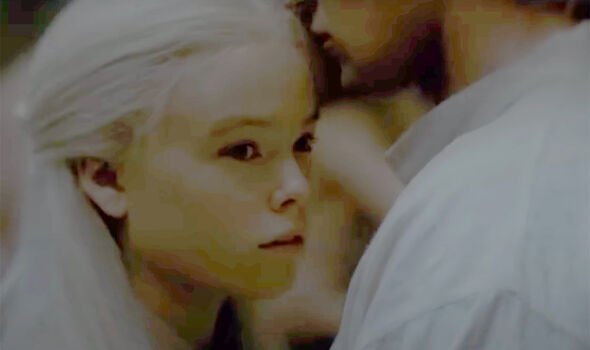 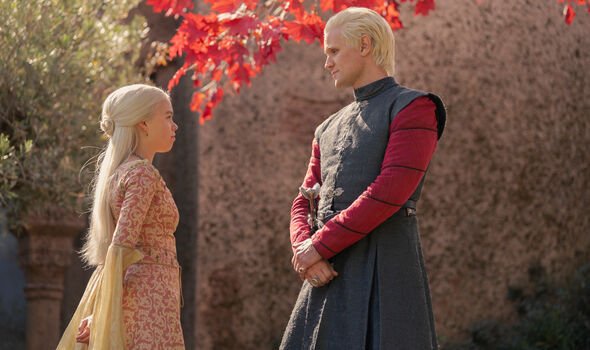 “Now we’re at a point where we’re like, ‘No, what is the woman’s point of view here?’ And it was really important for it to be a scene where people were equally enjoying themselves and freeing themselves from the constraints of the world that they’ve been living in.”

Showrunner Miguel Sapochnik said on House of the Dragon: Inside The Episode: “It’s the idea that Daemon is using Rhaenyra as a way to get at her father. Ultimately, his impotence in this scene is a reflection of the fact that he knows deep down what he’s doing isn’t right.”

King elaborated: “He thinks it’s shocking to her but she doesn’t just get shocked, she gets excited by it and when that happens he has nothing and he basically can’t handle not being in charge or in control.”

She added: “I think what it’s saying there is that young women want sex as much as young men.”

As Viserys (Paddy Considine) suggested in the episode, Daemon simply lusted for his brother’s throne rather than his daughter and it was a form of abuse.

Despite Daemon trying to use Rhaenyra to his own end, Sapochnik said: ‘He awakened something in her, which is her perception of sex as a pleasure. She comes home and Criston Cole seems to be the nearest person available.”

Writer Ryan Condal said: “It’s very much against his oath. He’s sworn an oath of chastity to put on the white cloak, but he’s also carried a torch for her and that’s it. Everything changes from that point forward for Rhaenyra.”

The episode ended with Rhaenyra being handed a concoction by a maester to stop her from falling pregnant or terminating any possible pregnancy.

King of the Narrow Sea was a pivotal episode as it seemed to solidify stories surrounding Rhaenyra and Daemon and how she lost her virginity.

In the books, there were varying tales about whom she slept with but it looks like the show has now answered this.

Going forward, Rhaenyra’s life is going to be very different after she accepted she would be wed to Laenor Velaryon (Theo Nate) in a political alliance.

The match wouldn’t be one of love but a necessity to bring House Velaryon back into line after it looked like the Corlys ‘Sea Snake’ Velaryon (Steve Toussaint) was forming other worrying alliances away from the Iron Throne.