In a new video for BAZAAR.com, the cast of Downton Abbey reveals just how hard they’ll go for the iconic 84-year-old actress, who plays the withering Dowager Countess Violet Crawley on the hit PBS series and the new film adaptation, in theaters today. Get tickets

Allen Leech, who plays chauffeur-turned-estate-manager Tom Branson, remembered how flustered he was during his first scene with the dame.

“My first memory of Maggie Smith was when she got into the car, a 1910 Reno. I was playing the chauffeur,” Leech says. “It was one of my first days. And I had to drive down the drive, deliver her to the house, and they gave me a very specific mark to hit. I panicked and I pulled the handbrake very hard, turned the car […] with basically a national treasure in the backseat.”

He attempted to reverse the car in order to restart the scene. “Maggie went, ‘I think I’ll get out first.'”

Surprisingly, that’s not the worst case of nerves that members of the Downton cast have gone through while working with the U.K.’s favorite actress. Michael C. Fox’s first scene with Smith rivals Leech’s embarrassing tale.

“All I had to do was put a cloak on her and […] give her her handbag,” said Fox, who plays footman Andrew Parker. “I was like, ‘I can do this. This sounds appropriate to my level of footman-ing.’ And we said ‘Action.’ I put the cloak on her but kind of brushed her–maybe punched her–in the face.”

Reader, it gets worse. 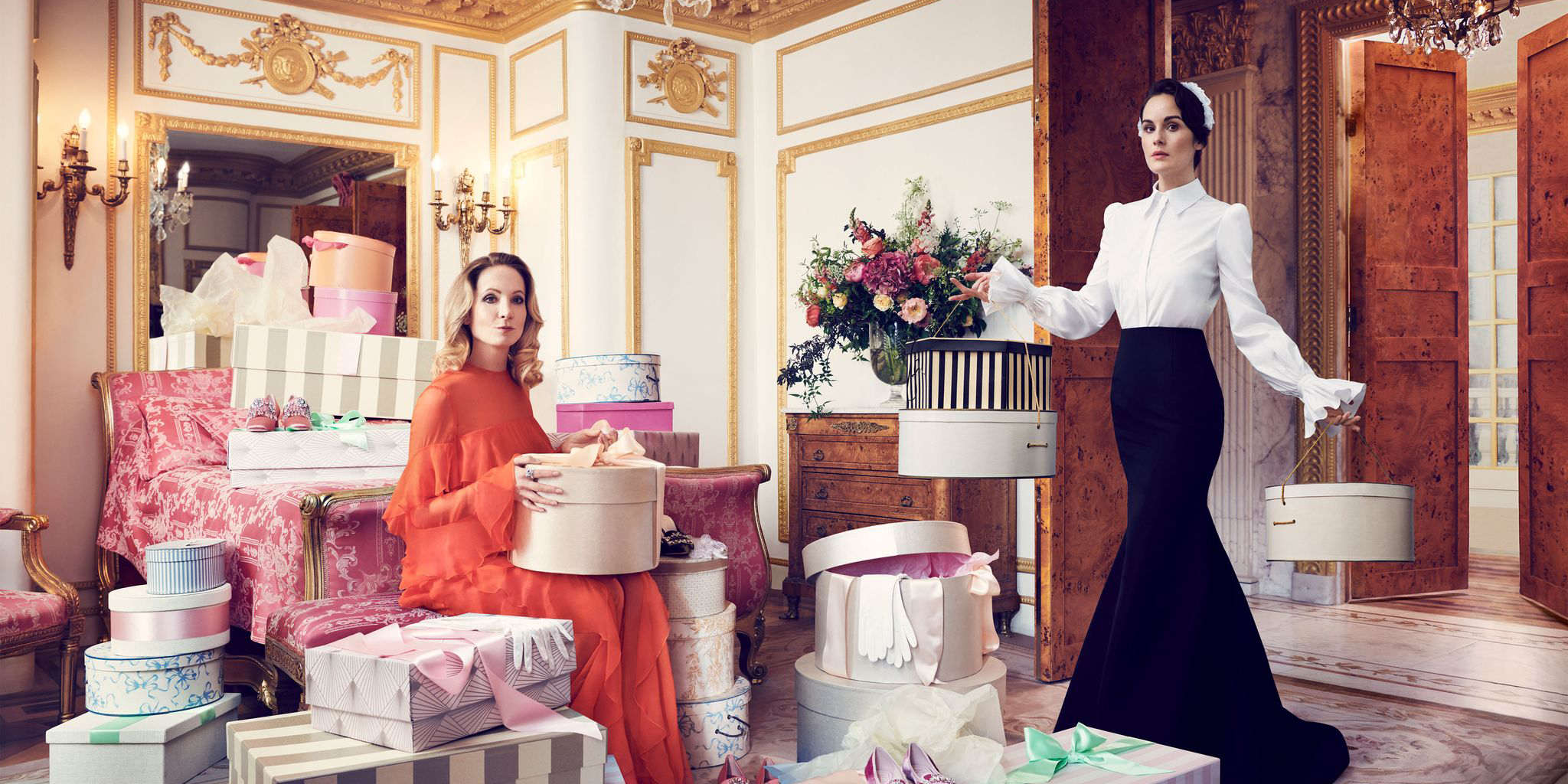 “Then, she sort of went, ‘Oh, God,’ and then they shouted, ‘Cut.’ Then, I pulled the cloak off and it was attached to her dress, so I pulled her in another direction and then she turned around and I closed her fingers in a handbag,” Fox said. “So, it was the worst of times.”

Even so, Fox said, Smith reacted to the mortifying situation gracefully. “I shall never forget it,” he said appreciatively. “But, it was not my finest hour.”

Watch the full video to see other cast members share their favorite moments with the notorious M.A.G.