Was Tamron Hall fired from the Today show?

TAMRON Hall had a two-year leave of absence after an abrupt departure from NBC’s Today Show in 2017.

The daytime star lost her time slot along with Al Roker to make way for the short-lived Megyn Kelly Today. 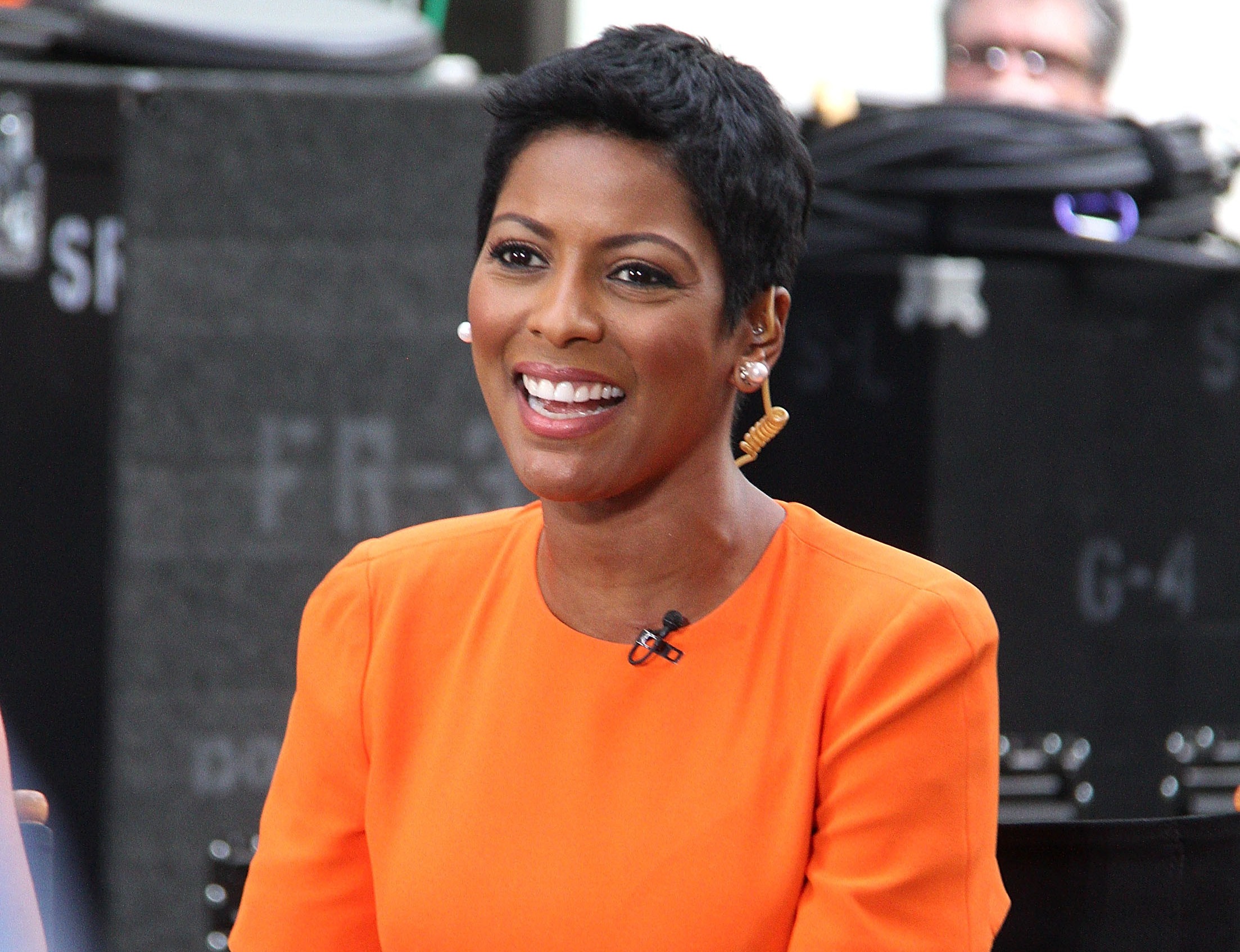 Tamron Hall, 50, was not fired from the Today Show but instead was “phased out."

Instead, NBC replaced the show’s time slot at 9am with Megyn Kelly Today — who was eventually fired for making black-face remarks on-air.

Hall said that her sudden exit from the Today Show left her “heartbroken.”

"I was heartbroken," Hall told USA Today about the network’s decision.

"(Imagine) you've been putting in the work, and suddenly your employer says they're phasing you out. I had some suspicions, because I'm a reporter and I'm pretty intuitive, but no one wants to lose their job.

“It wasn't about who I was losing it to – it was like a relationship where you're putting in 100% and the person who's putting in less has the nerve to break up with you."

In September 2019, Hall debuted her new daytime talk show produced by ABC, Tamron Hall, and wasted no time rehashing how she got there.

She claimed to the audience and viewers at home, she was "fired" by NBC.

"I go into work one day. I left fired. 'Demoted,' I guess is what they called it. I called it fired. Inside, I was falling apart. I had worked since I was 14," she said.

"I think it was being willing to be vulnerable, being willing to say that it was embarrassing, it hurt, I was on the mat, but having people around me say, 'You don't have to stay down,'" Hall said about the exit.

"And that really is what our show is about. At your lowest point, you’re not the only one going through that."

What did she say about Megyn Kelly’s firing?

Hall claims that she did not feel glad that Kelly’s show was eventually canceled due to her comments.

"I wasn't going to wait for someone else not to work out when I could be figuring out a way for me to work out – I didn't want Megyn Kelly to see me lurking in the hallway," Hall told USA Today.

"I didn't want to watch as my profile was being shrunk down to nothing when I know that I have a unique perspective and voice in this business that is appreciated by people who watch TV. I'm grateful for that."

What is Tamron Hall doing now?

ABC produces the show, and in September 2020, it was announced that an encore presentation of the show would air on Oprah Winfrey Network, considering its significant viewership.

“Each show starts with a news roundup, allowing audience members to weigh in ‘on what's going on in the world,’ says co-executive producer Talia Parkinson-Jones. 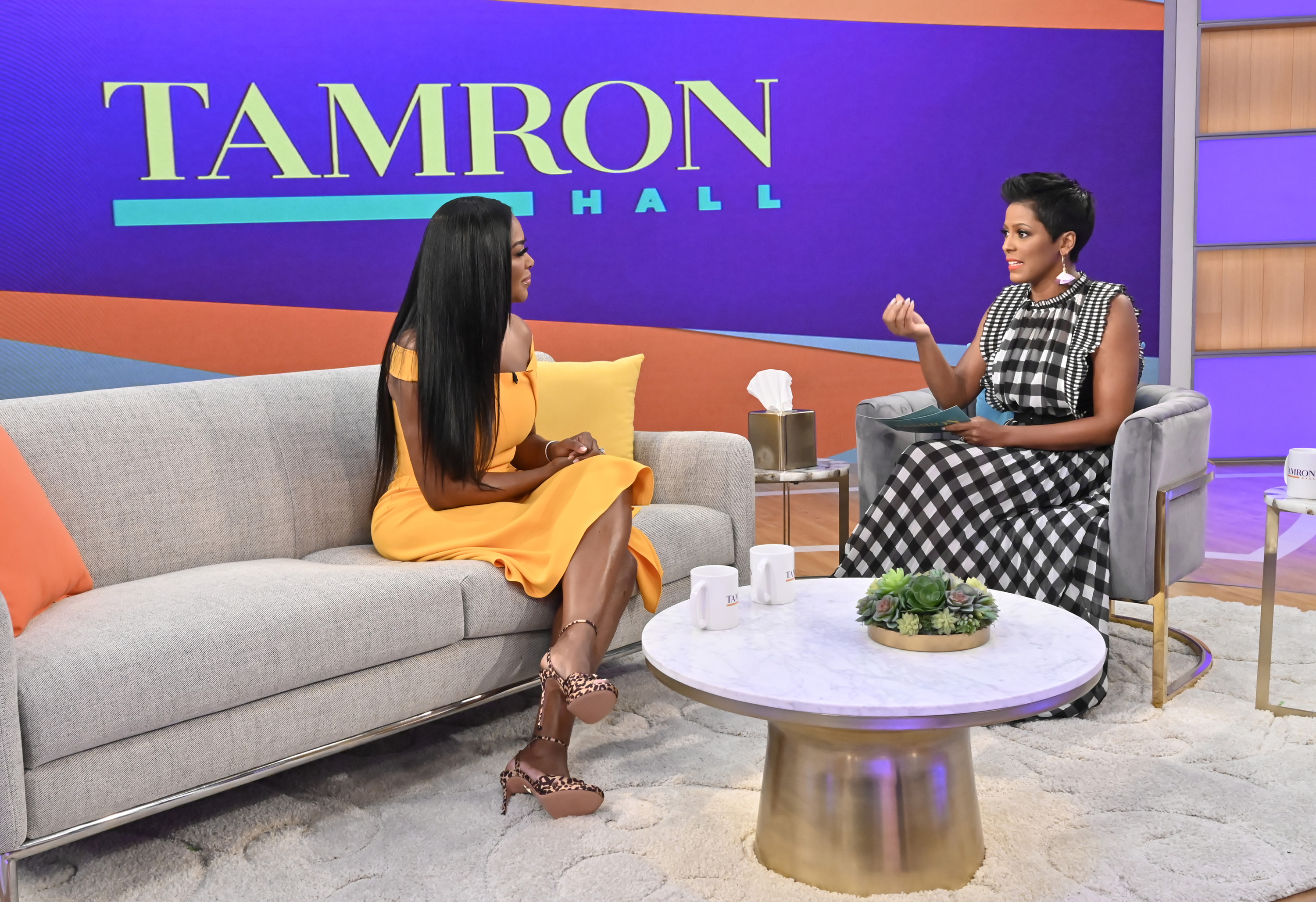 [Celebrities] “they’re not just coming to plug their projects, but really share their stories. Our show is very diverse, and that's what's going to make it special in daytime," concluded Jones.

Since the coronavirus pandemic, The Tamron Hall Show has been airing without an in-studio audience.

However, when season three launched on September 6, 2021, Tamron Hall featured an in-studio audience that accommodated a fully vaccinated crowd at 50 percent capacity, as well as social distance rules.

Hall was sued for $16million by an anti-vaxxer mom who appeared on her show in 2019.

Jeanine DiAngelo sued the talk show host for herself and her son, alleging the pair were left "embarrassed" when Hall called her son a "leper" and said she wouldn't want her child to hug the mom's unvaccinated son.

Court docs seen by TMZ allege that DiAngelo is also suing Disney and the production company and is claiming Hall "violated NY law by discriminating against her and their religious beliefs."

DiAngelo went on to say that she read the "packet inserts" for vaccines and when she spoke to pediatricians, "there is no science that proves that vaccines are safe and effective."

She continued: "You believe 96% of the children in the state of New York are vaccinated and you are among the minority, and they are asking why should a small number of children pose a greater risk to the majority?"

"But we don't pose a risk to the majority, that is what I am trying to tell you," claimed DiAngelo.