Unpacking the Logies for a new era of TV

In the lead-up to the 2016 Logie Awards, longtime SBS newsreader Lee Lin Chin decided that her time had come: she was going for gold. With her eyes trained on the ceremony’s big prize, the Gold Logie, she mounted a tongue-in-cheek campaign online. And she succeeded, inasmuch as it won her a nomination, making her the first SBS personality to achieve that distinction.

However that year the gold statuette went home with The Project’s Waleed Aly. That, in itself, represented a welcome and significant shift, a broadening of the field, as did the fact that the Hall of Fame inductee was Noni Hazlehurst, who became only the second woman, after Ruth Cracknell, to have her career recognised with that accolade. (Kerry-Anne Kennerley has since been inducted too.) 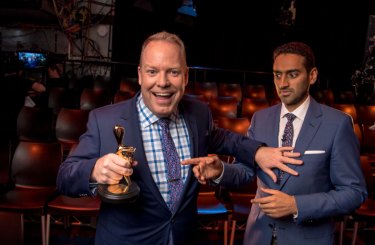 Peter Helliar and 2016 Gold Logie winner Waleed Aly joke around in a promotional photo shoot for the 2017 awards. Credit:Eddie Jim

For decades, the TV Week Logie Awards has been the awards show that people in the industry and the public love to hate. At one level, it’s a fan magazine promotion. With its Popular categories voted by the public and Outstanding awards selected by industry panels, it has a split personality, which can make the ceremony a long night.

In addition, the processes have never been especially transparent. There have been decades of cracks about TV network publicity departments busily clipping the coupons from the magazine and flooding TV Week’s offices with votes for their programs and personalities. There were jokes about the value of TV stars having family members in the newsagency business. Not to mention the sly gags about the votes not really mattering in the end as TV Week powerbrokers rewarded their favourites. 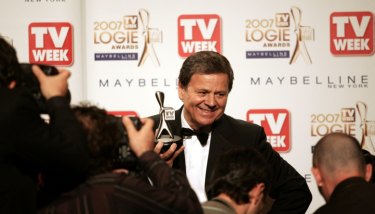 Ray Martin with his 2007 Logie, Martin and Graham Kennedy share the honour of having largest number of Gold Logie wins: five each.Credit:Penny Stephens

On the other hand, as five-time Gold Logie recipient Ray Martin succinctly noted, “It’s the only game in town”. Which, apart from the largely hidden TV categories at the AACTA Awards, it is. And, honestly, who doesn’t love to win an award? Even the most vociferous critics have been known to melt into tearful gratitude on stage when they win. To have your work recognised, either by the viewing public or by colleagues, is a gift too sweet to lampoon.

However the years of people with names like Graham, Bert, Ray, Rove and Lisa reliably and repeatedly walking away with golden statuettes are gone. Like television, the Logies have changed. Those who don’t buy the magazine might be surprised to learn that the voting for the Popular categories no longer comes from coupons clipped from its pages. There are no coupons in the magazine: it all happens online.

“Voting has moved with the times,” says TV Week editor Thomas Woodgate. “It feels like we’ve moved into the 21st century.” Public voting for the nominees is open through March on a website that prompts votes in every category, including the Gold.

Then comes the verification process, conducted by Roy Morgan: “To ensure that it’s valid and fair and accurate and that there’s no double voting,” says Woodgate. “It’s one vote per person.” International votes are also eliminated. The list is then audited by Ernst & Young.

“It’s a lot more complex than just googling and entering an address,” Woodgate explains. “It takes a week to go through the votes to make sure that everything is accurate and valid. We take it very seriously and we’re confident that we’ve got a good system in place.”

As of last year, there’s also a live voting week, which begins on the Monday before the ceremony, where people who haven’t voted in the Popular categories can cast their votes for the shortlisted nominees. “It means we have another way of voting that really helps us add excitement and immediacy to the process,” Woodgate says. “It was a huge success in 2018 and it will be back this year.”

Voting for the Outstanding categories also takes place online. There are a number of panels – TV Week won’t reveal how many – comprised of industry representatives. “Part of the agreement when we approach people is anonymity,” says Woodgate. “We think it’s fair that way because, otherwise, it would open them up to judgment and questioning. We have a cross-section of people and each award has a different panel, though some people may be on more than one.” 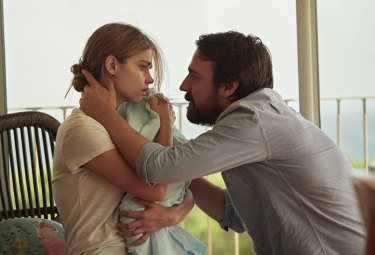 ABC drama The Cry, starring Jenna Colman and Ewen Leslie, has been nominated in the Popular and Outstanding drama categories. Credit:Lachlan Moore

But the industry representatives don’t debate around a table. “Everyone does it separately,” explains Woodgate. “They’re provided with all the content. The ABC might say, for example, “We’d like to submit Ewen Leslie for best supporting actor, here’s an episode of The Cry.’ Everyone on that panel will get that episode, they vote online, anonymously, and, again, it goes through the verification process. So if I was voting, I wouldn’t know how anyone else was voting.”

The move to online voting seems to have had an impact on the spread of nominees. Fans of particular programs who might never have bought a copy of the magazine are perhaps more inclined to click their support.

Last year, for example, Wentworth, a drama series that screens to a comparatively small audience on pay-TV but has a devoted fan base, surprised even its own cast and producers by scooping both the Popular and the Outstanding awards for drama series. 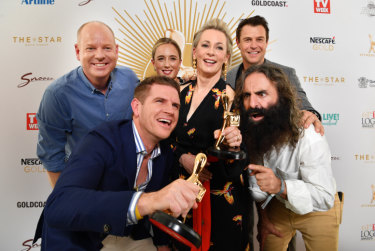 This year, Gardening Australia, which recently celebrated its 30th anniversary, somewhat surprisingly finds its host, Costa Georgiadis, among the Gold Logie contenders. His nomination sits alongside that of Sunrise weatherman, Sam Mac, although the Sunrise hosts, David Koch and Samantha Armytage, weirdly and once again, fail to make the cut. The other nominees for Gold are Waleed Aly, Rodger Corser (Doctor Doctor), Tom Gleeson (Hard Quiz), Amanda Keller (The Living Room, Dancing With The Stars) and Eve Morey (Neighbours).

As a bonus sideshow, there’s the guerrilla campaign orchestrated by Gleeson. Last year, he set the proverbial cat amongst the pigeons by initiating an online push in support of Grant Denyer for the Gold. He’d been tickled by the fact that there was a nominee whose show (Family Feud) had been axed. 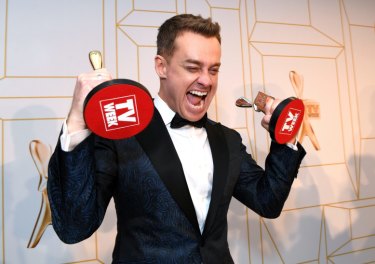 Grant Denyer won the Gold Logie for Most Popular Personality on Australian TV.Credit:AAP

How much Gleeson’s mischievous lobbying affected the result is a matter for speculation, but the ecstatic Denyer came out a winner. This time, taking a leaf out of Lee Lin’s 2016 playbook, Gleeson has been campaigning for himself and made it as far as the nominations.

This lead-up to the Logies can only excite interest in “Australian TV’s Night of Nights”, and might do so in areas where there has previously been little or no interest, as was the case in 2016. That year recorded the highest ratings for the telecast since 2015.

As Woodgate happily notes, “Engagement with the Logie Awards has never been higher.” We’ll see.