Tony Siragusa, the hulking former NFL defensive tackle who won a Super Bowl with the 2000 Baltimore Ravens, co-hosted the TV series Man Caves and was an NFL sideline analyst at Fox Sports, has died. He was 55. The news was shared on social media by Indianapolis Colts owner Jim Irsay, but he did not provide details.

Full of personality and nicknamed “The Goose” during his 12 NFL seasons, Siragusa was part of the Ravens defense that was considered among the greatest of all time. He began his career the Colts, making the 1990 team after going undrafted out of the University of Pittsburgh. Siragusa had been a potential first-round pick but suffered a knee injury that cost him his entire senior season. 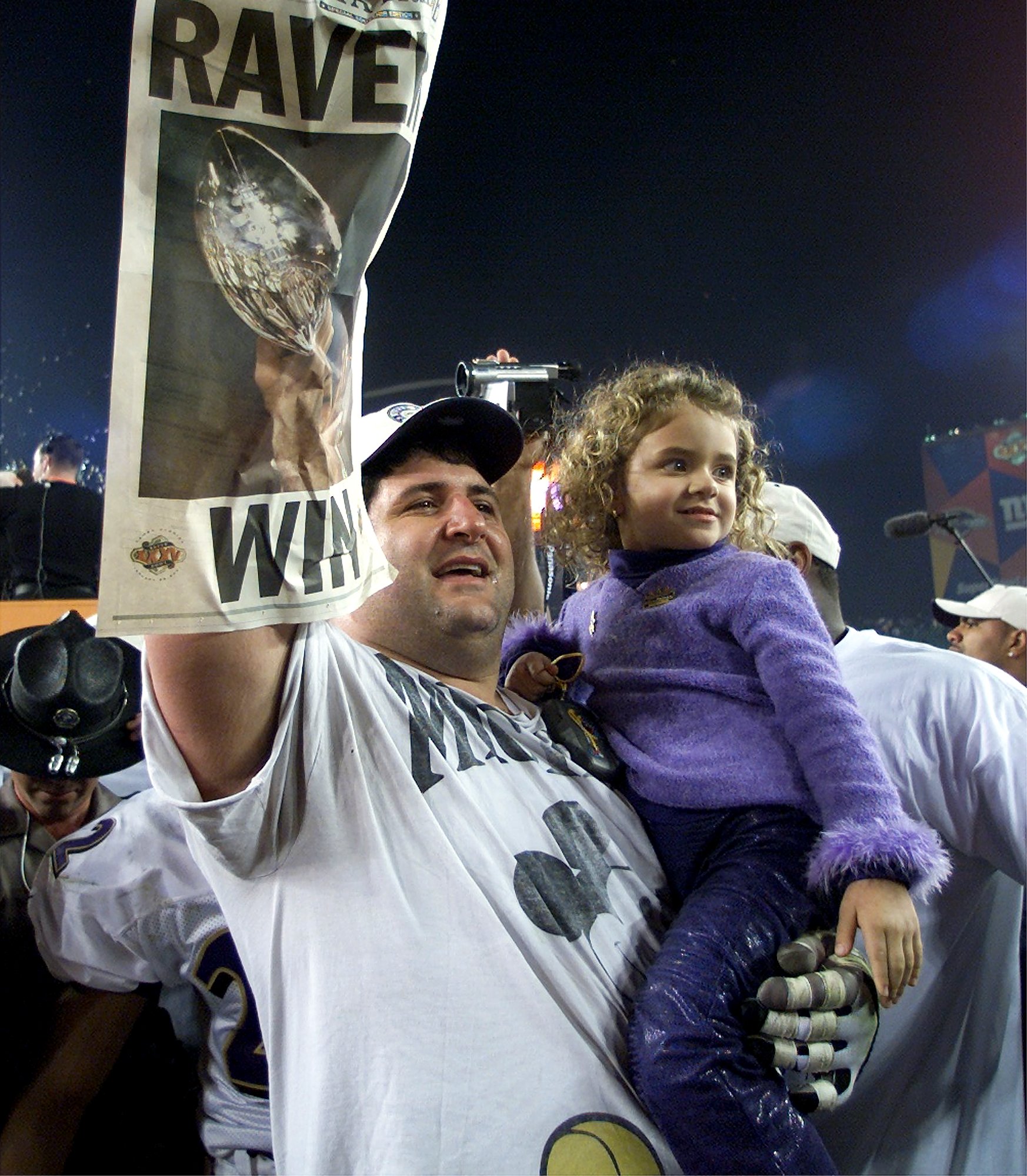 Born on May 14, 1967, in Keniworth, NJ, Siragusa played seven seasons in Indy before signing with Baltimore in 1997. He fast became a fan favorite in Charm City, known for his infectious humor and outspoken personality. The Ravens beat the New York Giants in Super Bowl XXXV in January 2001, and Siragusa started all but one game for the team that championship season.

After hanging up his cleats — he stood 6-foot-3 and weighed in at an easy 300-plus — Siragusa worked as an NFL sideline reporter for Fox Sports and co-hosted DIY’s Man Caves, which aired more than 130 episodes from 2007-15. The unscripted home renovation series transformed underused rooms into male-centric hobby areas complete with minibars, media centers and the like.

Siragusa is survived by his wife of 27 years, Kathy, and their three children: Samantha, Ava and Anthony Jr.