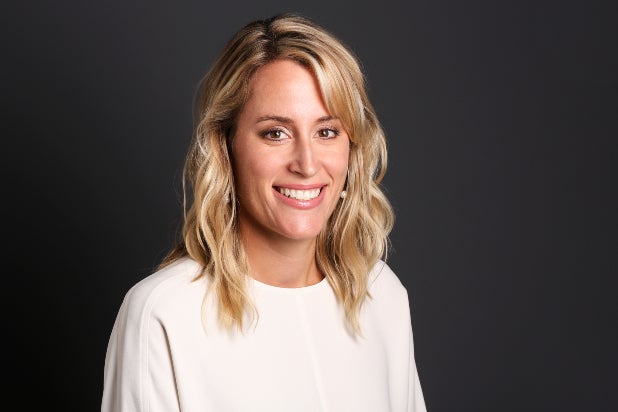 NBC is putting “Tonight Show With Jimmy Fallon” producer Katie Hockmeyer in charge of all of its late-night programming.

Hockmeyer, who has been a producer on “Tonight Show” since Jimmy Fallon took over from Jay Leno in 2014, was named executive vice president of late-night programming, reporting to NBC Entertainment co-chairmen George Cheeks and Paul Telegdy.

Hockmeyer will work on the network’s late-night lineup, including “The Tonight Show,” “Late Night with Seth Meyers,” “Saturday Night Live” and the new “A Little Late with Lilly Singh.” In this new role, she will guide programming strategy and act as the network liaison for all aspects of the late-night business, as well as work closely across the NBCU portfolio to maximize late-night brands and talent.

“It’s exciting for these shows to have someone with Katie’s insight and experience, thinking day-in and day-out about how they can continue to grow and innovate,” Cheeks and Telegdy said. “Our late-night programs are an indelible part of the NBC brand, and Katie’s strong leadership, keen insight and deep institutional knowledge is exactly what we need to continue their incredible legacy well into the future.”

Hockmeyer has worked with Fallon since he took over for Conan O’Brien in 2009 on “Late Night.” Hockmeyer began her career as part of NBC’s page program, after which she began working as an executive assistant in Lorne Michaels’ office at “Saturday Night Live.”