This Morning viewers were left unimpressed with Wednesday’s cooking segment on the show, where they were taught how to boil an egg.

Chef John Torode, 56, appeared on the programme to give viewers simple tricks on how to boil, scramble and poach eggs – but it didn’t go down too well with all.

Kicking off his cooking lesson, John joked: ‘It’s probably the most nervous cook I have done on This Morning ever, because if I don’t cook an egg right, I’m done aren’t I? I’m done.’

Revealing how to boil an egg – largely considered one of the easiest dishes to master – John explained: ‘So I’m going to start with a boiled egg. Boiling water – don’t start with cold water – and take your egg, put it on a spoon and just drop them into boiling water and they’re going to cook for five and a half minutes exactly.

‘They’re going to come out and be put into a tiny bit of cold water for 10 seconds and they will stay hot for you for up to 15 minutes.’

And that’s it. That is how you boil an egg. 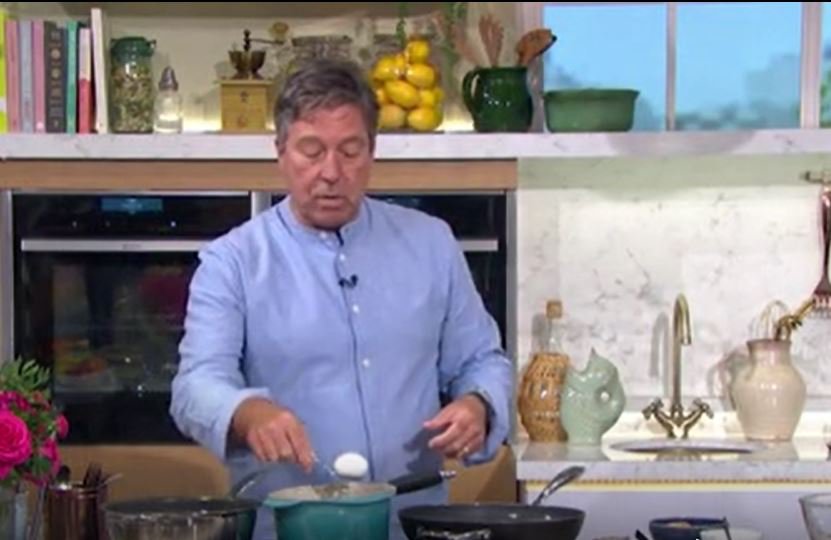 This is really testing my culinary skills #ThisMorning pic.twitter.com/JK8dd0BG5K

the Wife said I missed #thismorning as they were showing us how to boil an egg!!…hopefully tomorrow we can find out how to make toast!…..

And next how to make cuppa soup ð¤£#ThisMorning

#ThisMorning How to boil an egg? Where Delia ððð³

Boiled, poached and scrambled eggs, if people don’t know how to cook those things then frankly they don’t deserve to live #thismorning

Viewers took to Twitter to complain about the simplistic lesson, writing: ‘Boiled, poached and scrambled eggs, if people don’t know how to cook those things then frankly they don’t deserve to live.’

Others added: ‘How to cook eggs, oh don’t be ridiculous’ and ‘the Wife said I missed #thismorning as they were showing us how to boil an egg!!…hopefully tomorrow we can find out how to make toast!’

Some added: ‘Is he really showing us how to boil a f**king egg? Wow.’ and ‘We’ve actually got a segment on how to boil an egg… b***dy hell.’

This Morning airs weekdays from 10am on ITV.