Jamie is revealed as The Storyteller in the finale 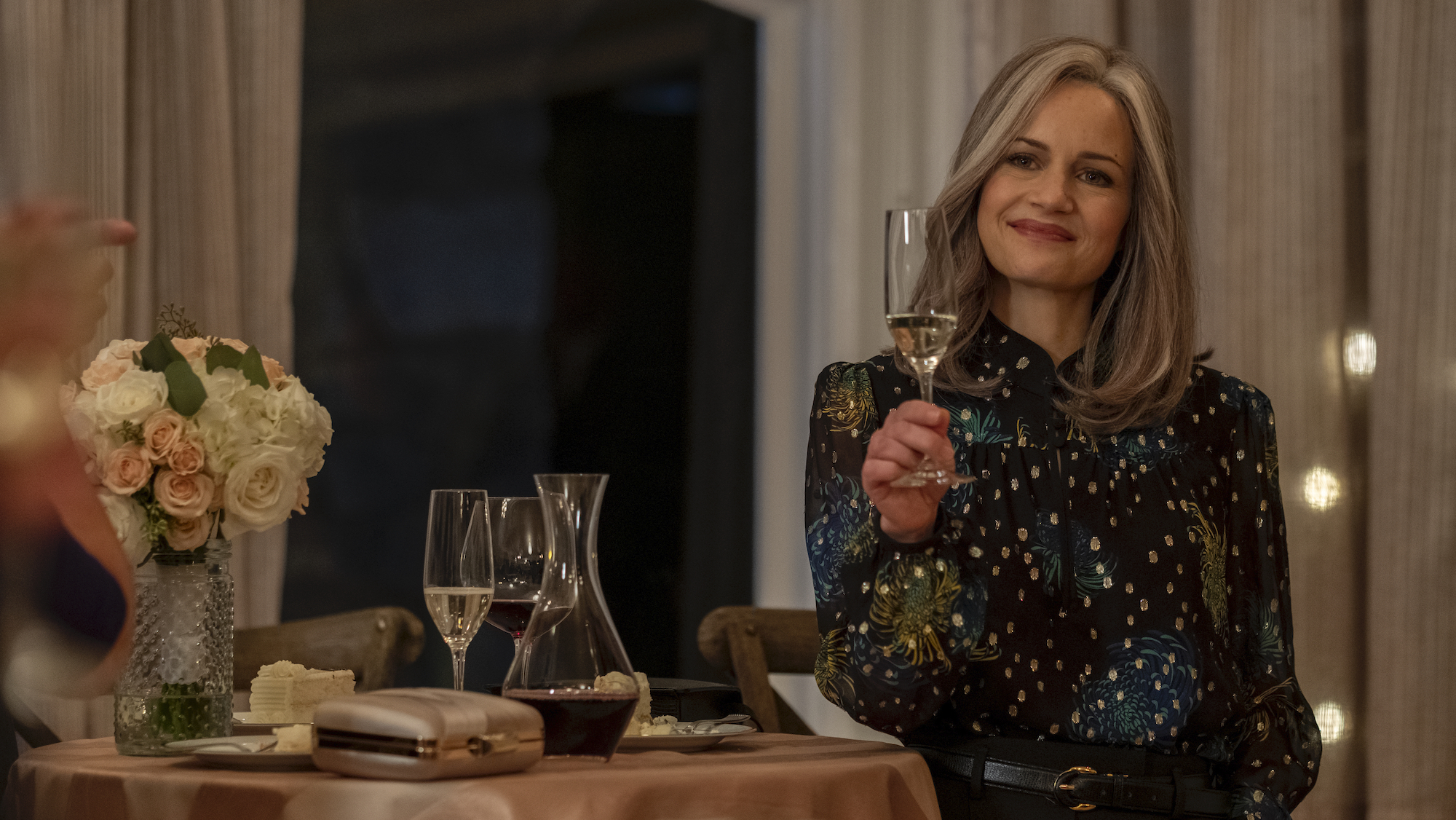 When the season starts, Carla Gugino’s character wakes up in a hotel room with the door slightly ajar. She heads to the wedding rehearsal dinner for a young couple. She ends up offering to tell a ghost story at the reception, which turns out to be the season of The Haunting of Bly Manor.

After the audience finds out about Dani, the au pair, the two Wingrave children, and the other workers in the manor, it’s clear that it’s actually a love story. Between Peter Quint and Miss Jessel’s Bonnie and Clyde-style toxic coupling to Hannah and Owen’s tender relationship, love and loss are intertwined. But it’s Dani and Jamie’s that is at the center of the story. And that’s because Jamie is telling this tale; Carla’s narrator ends up being the older version of Jamie.

At the actual wedding the next day, it’s also revealed that the bride is Flora. And Henry, Owen, and Miles are all there as well. That’s when the Sheryl Crow song plays: as Jamie leaves, looking at them all fondly. It then fades out the finale as Dani’s hand is on her shoulder.

In an interview with Collider Flanagan shared why he picked that Crow song, saying that he was first introduced to it in the movie The Pallbearer, starring David Schwimmer and Gwyneth Paltrow. He doesn’t really know why he’s had a soft spot for “I Shall Believe” since then, but it fit the moment perfectly for him.

He told Collider that this ending, along with the opening shot of Gugino in the chair, were the reasons he wanted to make this season.

“I hope that it lands with people the way it landed with us in the room and in the way it clearly landed with Carla, who played that moment as only she could,” he said.

Flanagan also noted that once he got married to actor Kate Siegel — who played Viola Lloyd this season and was Theo Crain in The Haunting of Hill House — he had the same fears adult Flora told Jamie about after the story.

Flora shared how she worried about one day losing her future husband and how she can’t fathom how to go through something like that. Of course, it’s something Jamie can give perspective on because she went through losing her partner, Dani. And that’s what “the whole season was always about” to Flanagan.

When you talk about ghosts and loss, and in Season 1 we talked an awful lot about the different things a ghost could be. And we talked about a ghost being a wish the most, and that question of I have found someone I love more than anything else in the world, one of us has to die first more likely than not. What happens to my life after they’re gone? That’s one of the most uncomfortable, upsetting, and haunting questions that I’ve ever wrestled with internally.

So while The Haunting of Bly Manor had fewer jump scares than The Haunting of Hill House, it still filled viewers with dread at some points. But by the end, it also gave a lot of hope in selfless acts and finding that one love that makes it all worth it in the end.