Could Matthew McConaughey be gearing up to run for office? It certainly seems that way. The Hollywood star is one of several celebs who have taken their talents from the silver screen to politics. Ronald Reagan was the OG of this club, but Arnold Schwarzenegger also followed in the footsteps of actors-turned-politicians. Of course, Kanye West has also explored his political aspirations, but nothing ever transpired (at least not yet).

In March 2021, McConaughey sat down for an interview on Rania Mankariou’s show when Mankariou asked him if he was interested in running for Governor of Texas. The actor shared that it was a “true consideration for him” before elaborating further. “I’m looking into now again, what is my leadership role?” McConaughey said. “Because I do think I have some things to teach and share, and what is my role? What’s my category in my next chapter of life that I’m going into?”

Politics seems to be at the forefront of his mind as of late, and he also touched on it in November 2020 with Hugh Hewitt. “I don’t know. I mean, that wouldn’t be up to me. It would be up to the people more than it would me. I would say this,” he shared. “Look, politics seems to be a broken business to me right now. And when politics redefines its purpose, I could be a hell of a lot more interested.” Keep scrolling to find out why McConaughey’s July public message is turning heads. 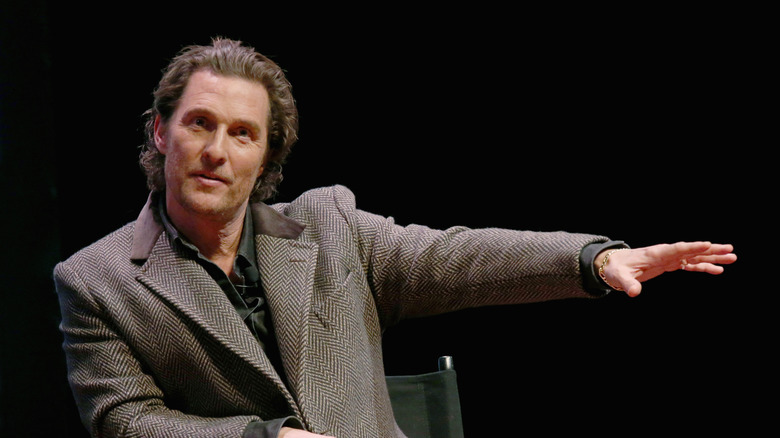 Matthew McConaughey took to Twitter on the Fourth of July, sharing a nearly 3-minute long video clip of himself in front of an American flag. He wore his hair slicked back in a ponytail and rocked a pair of gold-rimmed aviators. The “Dallas Buyers Club” actor started the upload by wishing America a happy birthday and stating that this year’s trip around the sun was another “head-scratcher.”