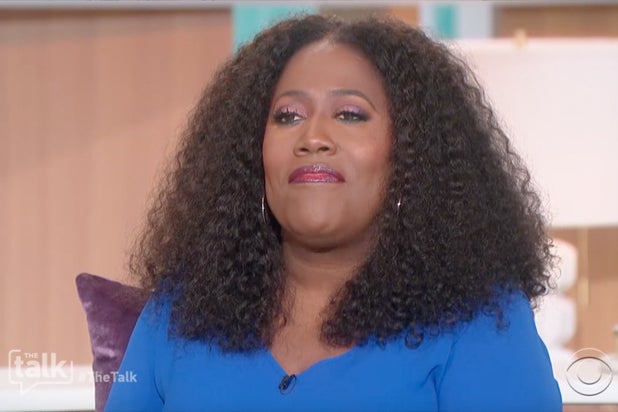 In the first episode of “The Talk” since Sharon Osbourne’s exit, the hosts had a frank discussion about race and racism in the workplace. And, according to Sheryl Underwood, the explosive conversation that set everything in motion on March 10 required her to hold back a bit, out of fear of being dubbed an “angry Black woman.”

During “The Talk’s” March 10 show, Osbourne came to the defense of longtime friend Piers Morgan after he was criticized for making disparaging comments about Meghan Markle. Some critics, including Underwood, said Morgan’s words were racially motivated (Markle, whose mother is Black, is biracial), leading to an on-air meltdown in which Osbourne said she felt like she was “about to be put in the electric chair” for having a friend they thought was racist.

Monday’s conversation was led by Dr. Donald E. Grant, an expert on diversity, equity, inclusion and justice, who kicked things off by turning to Underwood. In recounting the events of the March show, the co-host revealed that, in reality, she restrained herself from saying more.

Underwood noted that she didn’t escalate the situation because she didn’t want to be tagged with the “angry Black woman” stereotype. She added that the real reason she teared up while listening to Osbourne’s words was simply that she felt she had to maintain her composure.

Co-host Elaine Welteroth understood Underwood’s motivations, admitting that she acted similarly for the exact same reason. Welteroth said that if anyone rewatches the March 10 episode, “You will see two Black women walking the same tightrope Black women are walking in the workplace.”

Soon after Osbourne’s remarks, CBS launched an internal review into the on-air comments about racism and allegations of racially insensitive behavior behind the scenes at “The Talk.” On March 26, Osbourne exited the show. Underwood noted on Monday that, because of that investigation, she has not communicated with Osbourne since.

“I have not spoken to, and do not have any phone calls missed or received, but there were text messages sent to me,” Underwood said. She added that she had not responded to those text messages, as she was unsure if she was even allowed to talk to Osbourne while the investigation was ongoing.

That said, Underwood made it clear that if she ran into Osbourne in person, and Osbourne greeted her “warmly and sincerely,” she would return the courtesy because Underwood has considered them friends for years.