Cannes 2021: Damien Bonnard is riveting as an artist struggling with the condition, as is Leïla Bekhti as a wife trying to keep the family together 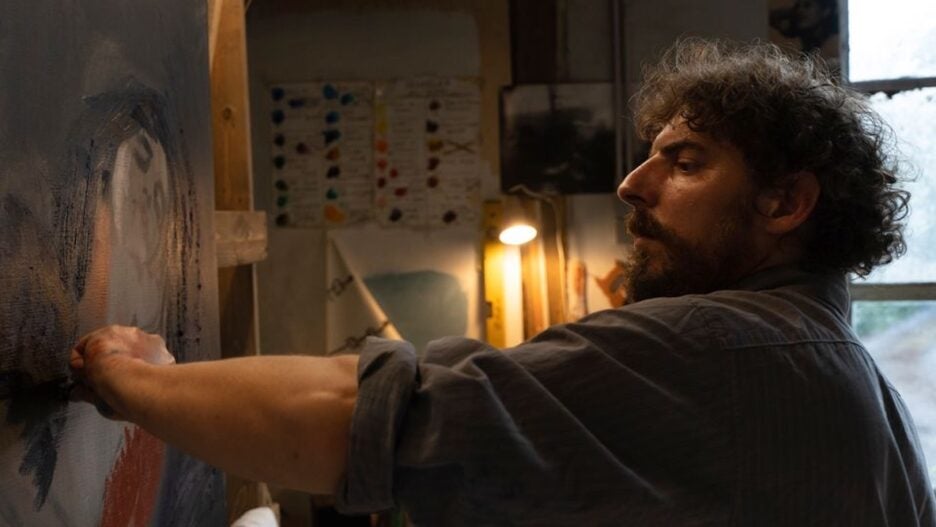 After appearances at Cannes in the Un Certain Regard section (for “Our Children” in 2012) and the Directors Fortnight sidebar (for “After Love” in 2016), Belgian director Joachim Lafosse has landed in Cannes’ most prestigious section, the Main Competition. In fact, he’s at the tail end of that section: His film “The Restless,” which screened for the press on Thursday, will be the last of 24 competition titles to screen for Spike Lee’s jury and the Cannes audience on Friday, the day before the festival will conclude with its awards ceremony.

That’s not the kiss of death by any means: At the last four Cannes, one of the movies that screened on the final day went on to win something from the jury, with three of them (“Ayka,” “You Were Never Really Here” and “The Salesman”) picking up acting awards.

And as is par for the course for Lafosse, his new film is an acting showcase for its leads, Leïla Bekhti and Damien Bonnard. (Bekhti is in an unusual situation: Her husband, actor Tahar Rahim, is on the Cannes jury, but will presumably recuse himself from discussions of this film.)

“The Restless” is also yet another film that Lafosse has made about the wreckage inside a marriage, with “After Love” detailing an estranged couple who can’t afford to split up and “Our Children” telling the harrowing story of a real-life woman who killed her four young children.

In “The Restless,” the marriage is stressed to its limits because the father, Damien, is bipolar. (The first names of the main characters are also the names of the actors who play them.) What might be a placid scene at the beginning of the movie — a man and his son on a boat while his wife suns herself on the beach — turns odd and threatening when the man suddenly jumps off the boat and tells his son, “I’m swimming back — you take the boat, you know how.”

That, it turns out, is just the start. The next thing we know, Damien is up all night because he’s decided he needs to fix a bicycle. Everything he does is manic: cooking, playing, shopping and particularly painting, an essential activity because he makes his living as an artist. He’s a painter whose mania finds him working and reworking his paintings over and over to the point of exhaustion. And the film stays with him, letting his manic painting play out in long stretches that are tiring just to watch.

The easy take would be to show his mania hurting his artistic creation — and you almost expect that his endless, violent revisions will eventually just rip through the canvas and destroy his work. But “The Restless” doesn’t go down that path; instead, the power of the work that emerges from his relentless fussing suggests that he finds bursts of inspiration in his manic episodes.

But at what cost? Damien lives in a state of breathlessness, and Lafosse shoots Damien and the eternally overstressed Leïla close up and at their eye level. It’s an approach that puts the audience in its own state of exhaustion at times, a grueling but effective way to make us experience these lives up close.

This is one of the few Cannes films that reflects the current times by having its characters wear masks in some scenes. (It was filmed during the pandemic, and the crew was always masked.) But when the masks are off and the couple is home, Damien’s instability and Leïla’s desperation are fully uncovered, as is the toll it takes on their son, Amine (Gabriel Merz Chammah). We see Damien’s illness through the eyes of Leïla, which is rough, and Amine, which is heartbreaking.

But “The Restless” doesn’t let anybody off easily: When Damien eventually reaches a breaking point and goes into a clinic where he’s put on heavy medication, Leïla has a party, singing and dancing and shouting “all night!” from the middle of a packed dance floor. It’s not the subtlest way to suggest that we all have a touch of mania in us.

Like movies going back to “A Clockwork Orange” and beyond, “The Restless” is also interested in exploring whether the treatment can be worse than the cure. Or maybe it’s asking whether the cure can be its own kind of misery, different and maybe less dangerous to others, but debilitating to the person who’s supposed to be better off.

Bonnard, so scarily intense in most of the film, turns into a haunted specter in the scenes where he’s medicated, shuffling around his studio without even the strength to lift his feet; he may remember that he could once make vital art, but he doesn’t have the strength to even try. “Forget me,” he tells Leïla. “Tell everyone I’m dead. You’ll be less ashamed of me.”

There are unexpected grace notes in the film, including a key one in a joke that Amina tells at the dinner table. But “The Restless” makes it clear that there are no easy ways out of this dark hole. Anytime Damien begins to seem like his old self, Leïla pushes him away, terrified that his mania will return.

Both actors are riveting in this sad duet, and Lafosse isn’t much interested in giving them a facile reconciliation. Everything is hard in “The Restless,” a potent drama that never quite succumbs to dread but always keeps it close at hand.