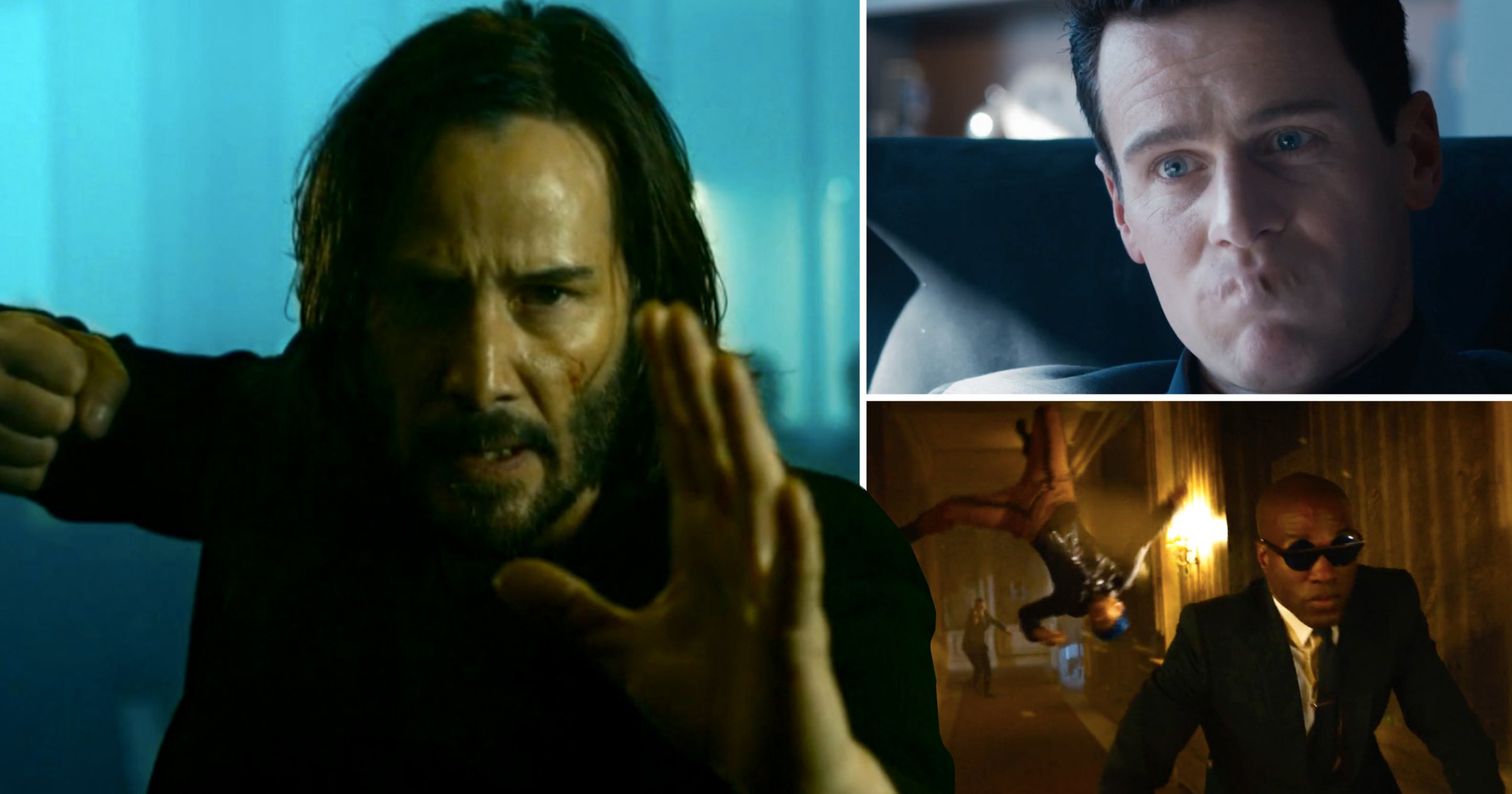 Fans have been invited to enter the Matrix in style as a new website to promote The Matrix: Resurrections went live on Tuesday.

Following the hype from teaser footage shown at CinemaCon, eager fans of the Keanu Reeves-led franchise have now been given a unique way to enjoy clips on WhatIsTheMatrix.com.

The interactive website leaves the choice in the hands of users as they get to determine what snippets of the fourth Matrix film they see, by picking between a red pill and a blue pill.

As many will remember, the red pill freed Keanu Reeves’ Neo from the Matrix in that first movie 18 years ago, while the blue pill would have kept him comfortably in his fabricated reality.

The pill that is chosen by the user, and what time of day they are using the website, determine which teaser videos you get to see.

There are said to be 180,000 possible variations of clips on the site including a quick look at Yahya Abdul-Matten II in the bathroom, a frenetic motorcycle chase sequence, Jonathan Groff with his mouth melting shut, and a glowing image of Neo reuniting with Carrie-Anne Moss as Trinity.

If that all wasn’t exciting enough, there will be a full trailer released on Thursday.

The Hollywood Reporter previously published a synopsis of the footage stating that Thomas Anderson, aka Neo, is talking to his therapist (Neil Patrick Harris) about dreams he had ‘that weren’t just dreams’, showing that he has no memory of what The Matrix is.

He later runs into a woman at a coffee shop (Carrie-Anne Moss), and while they don’t remember each other, there seems to be something between them.

Thomas is seen taking blue pills and wondering why everybody in the world is glued to their phone, before he runs into a man (Yahya Abdul-Mateen II) who gives him a red pill.

Soon, Thomas sees The Matrix for the fake reality it is and is seen with powers – including the apparent power to control a missile via telekinesis.

The publication notes that Abdul-Mateen II plays a figure similar to Morpheus, played by Laurence Fishburne in the trilogy and that scenes in the trailer were reminiscent of the original, including Neo fighting in a dojo and his pre-red pill self in an incubator.

The first film, The Matrix, was released in 1999 and is considered one of the best sci-fi films ever made.

It is set in a dystopian future where humans are unknowingly trapped inside a simulated reality, with a hacker (Reeves) uncovering the truth and being drawn into a rebellion.

The Matrix: Resurrections will be in cinemas on December 22.