'The Masked Singer' Cuts Another Contestant in 'Wildcard' Round: And Grandpa Monster Is… 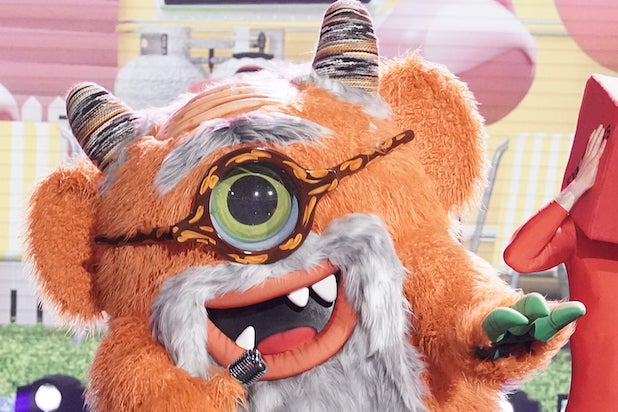 (Warning: This post contains spoilers for Wednesday’s episode of “The Masked Singer.”)

“The Masked Singer” Season 5 returned Wednesday with an episode featuring Group B’s second performances and the show’s second “Wildcard” round. And just like last week, the night’s surprise contestant came in and managed to steal the slot from an existing competitor. In this case, it was newbie Crab who got more votes than Grandpa Monster, who was thus eliminated from the competition and unmasked at the end of the episode.

They each gave their second performances in front of panelists Jenny McCarthy, Ken Jeong, Robin Thicke and Nicole Scherzinger, as well as guest host Niecy Nash (filling in for Nick Cannon, who is recovering from COVID-19).

Once those four were done, the “Wildcard” round began, with crashing contestant Crab making their grand entrance by singing Bill Withers’ “Ain’t No Sunshine.”

Then it was time for the judges and at-home audience to cast their votes for Wednesday’s top contestant.

Read TheWrap’s interview with Paul about his time on “The Masked Singer” here.

“The Masked Singer” Season 5 began with 10 scheduled contestants, broken into two groups. After last week’s elimination of Danny Trejo’s Raccoon and addition of “Wildcard” contestant Orca, and the prior episodes’ cuts of Phoenix (Caitlyn Jenner) and Snail (Kermit the Frog), there are now eight remaining contestants, due to the fact that Crab took over Grandpa Monster’s slot in Group B via Wednesday’s “Wildcard” round.

“The Masked Singer” airs Wednesdays at 8/7c on Fox.