The Last Kingdom season 5: Will Aethelhelm take on a major role in season 5?

The Last Kingdom season five is coming to Netflix soon and season four ended on many cliffhangers. Aethelhelm (played by Adrian Schiller) had tried to influence Edward’s (Timothy Innes) leadership in a way that would suit his family. The series is based on The Saxon Stories by Bernard Cornwell and in the books, Aethelhelm plays a huge part.

WARNING: This story contains spoilers for The Saxon Stories

Will Aethelhelm take on a major role in season 5?

The fourth season of The Last Kingdom saw Edward take over as King of Wessex, and he was married to Aethelhelm’s daughter Aelflaed (Amelia Clarkson).

During the Winchester siege, Aelflaed was held captive along with her father and mother-in-law, Aelswith (Eliza Butterworth).

Aethelhelm was determined to keep Aelswith out of the picture so she could not influence Edward’s decision-making.

He wanted his grandson Aelfweard (Marcell Zsolt Halmy) to be the next heir, whereas Aelswith thought it should be her grandson Aethelstan (Caspar Griffiths).

At the end of the season, Aethelhelm poisoned Aelswith and her life was left hanging in the balance. 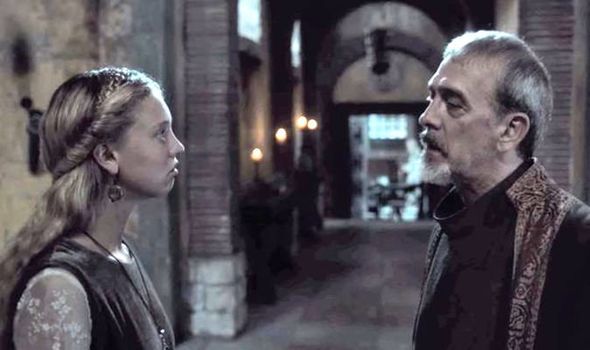 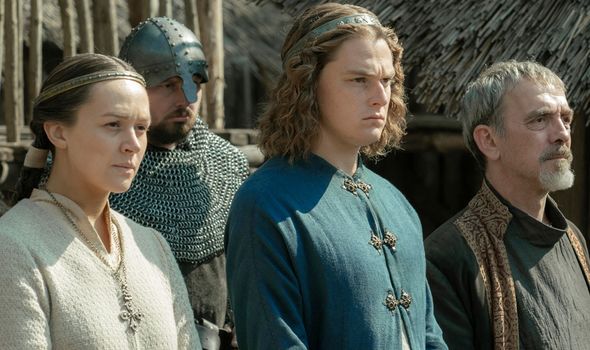 Fans are keen to know what happens to Aethelhelm in season five, which is based on the books Warriors of the Storm and The Flame Bearer.

His character plays a pivotal role in The Flame Bearer as he planned to attack Edward’s men and blame it on the Viking warlord, Sigtryggr ( Eysteinn Sigurðarson).

He was determined to make sure Aelfweard became the next ruler of a united England.

For this to happen, he plotted to kill Edward’s first son, Aethelstan. Thankfully, Uhtred (Alexander Dreymon) sees through his plan.

Later in the book, Aethelhelm decides to hinder Uhtred’s plan to claim back his homeland of Bebbanburg. 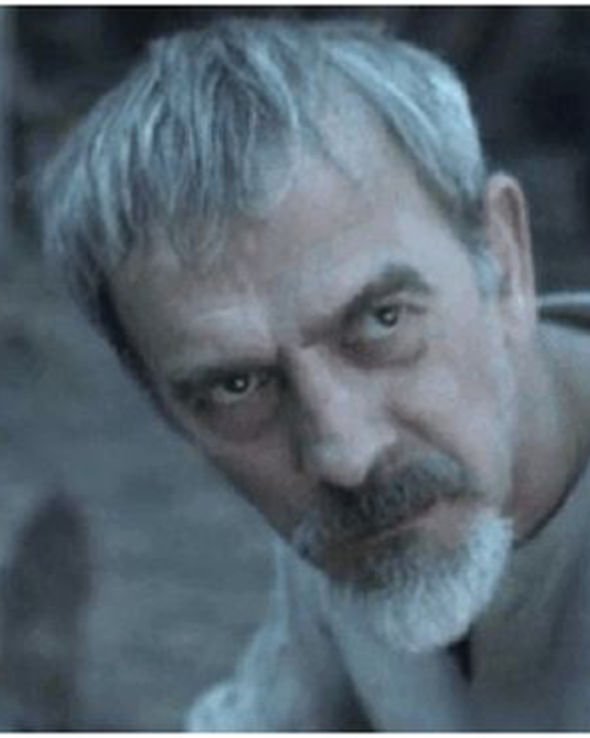 Uhtred almost gave up hope as he knew Aethelhelm would reach the land before he did and provide Saxon reinforcements.

Thankfully, luck remains on Uhtred’s side and Aethelhelm’s ships are destroyed by Northmen and Scots.

Aethelstan convinces Uhtred not to kill Aethelhelm, but to use him for ransom and weaken him.

Fans will have to wait and see whether Aethelhelms storyline stays true to the books in the fifth season.

There is a chance he could be killed earlier when Edward discovers what he did to his mother. 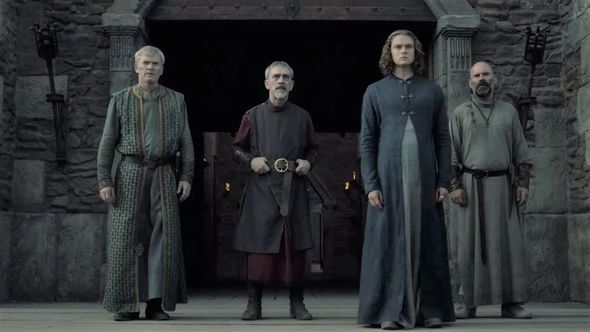 Fans have taken to Reddit to discuss his character in the series, with one saying: “Aethelhelm could have been interesting.

“But they never show any dimension to him. He doesn’t even show love to his daughter or grandson— in fact I completely forgot he was her father.

“They could make him Cersei like, defending his family. Or could make it seem like he really believes he’s doing what’s best for Wessex.

“Even Aethelwold who acted for selfish reasons had a cause (he thought he was rightfully the king). Aethelhelm just inexplicably acts in his own self interest with no more dimension.”

Hopefully, he will experience further character development in the upcoming season.

Ahead of the release of the fourth season, actor Schiller gave some insight into his character.

“Uhtred’s allegiances are not clear – he’s a loose cannon. He does unpredictable stuff for personal reasons which just means that he’s an irritation.

“He’s done his job and put Edward on the throne and now he’s a pain in the neck and we’d really like to get rid of him.

“So, if Uhtred can go off and fight a battle and preferably get killed that would be great. Essentially, my character doesn’t trust Uhtred.

The Last Kingdom is streaming on Netflix now.