The Incredible Dr. Pol has been a fan favorite on the cable channel since it debuted on Nat Geo Wild in 2011. The reality show following Michigan veterinarian Dr. Jan Pol on the job as well as his clinic’s just-as-incredible staff has only gained steam since then.

And what better way to celebrate the milestone than with a music video? 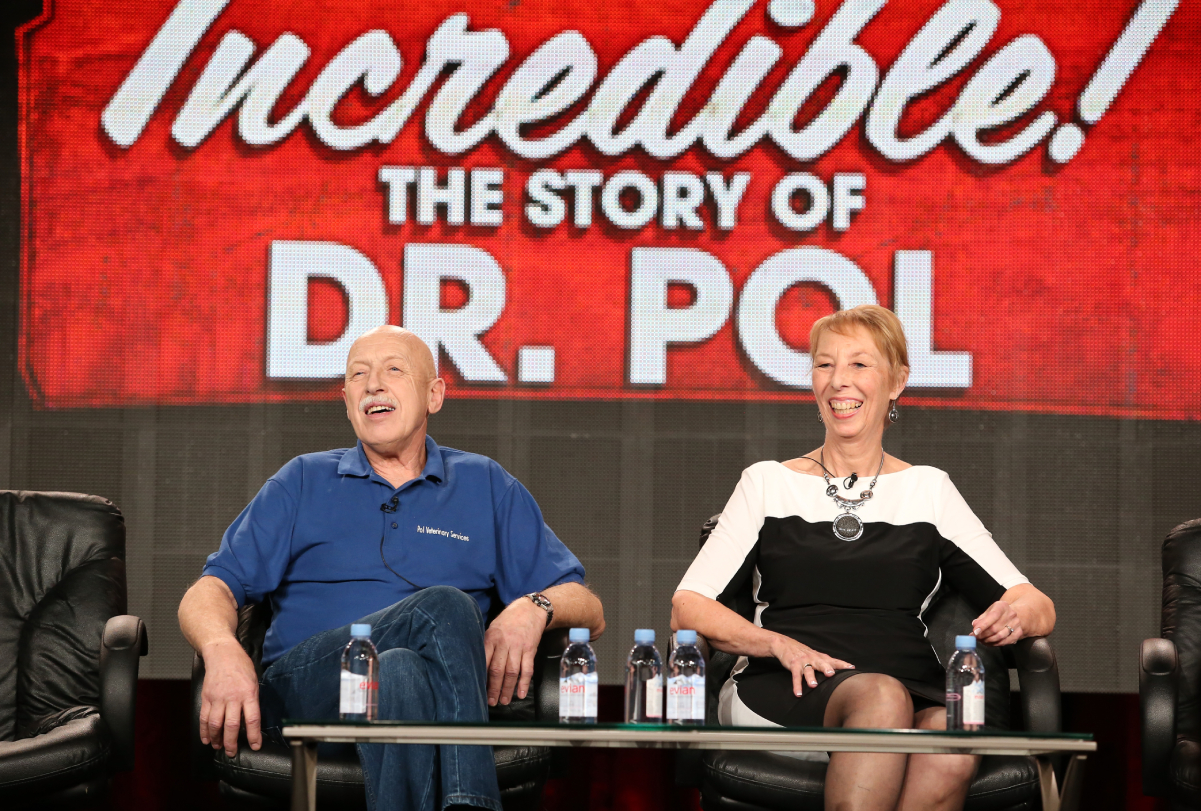 ‘The Incredible Dr. Pol’ premiered a decade ago

In 2011, one of the show’s executive producers, Dr. Pol’s son Charles, had been working with Nickelodeon to develop a reality show. Unable to find one that would succeed, he eventually thought of his father, his enormous personality, and the back-breaking work he happily did with his camera-friendly smile.

“At the time, I was working in Los Angeles at Nickelodeon and trying to sell ideas for reality shows,” he told Nat Geo Wild in 2014. “My first idea was turned down, and I was advised to find an idea with a ‘larger than life character.’ I immediately thought of my dad. I pitched the project to a production company, we filmed a sample episode, and my idea became reality.”

To celebrate its 10 years on Nat Geo Wild, the show posted on Facebook a music video in honor of its star and his amazing staff: “#OnThisDay in 2011, The Incredible #DrPol first premiered on @natgeowild. Can you believe it’s been a decade? Thank YOU for being a part of this incredible ride. To celebrate, we just released a special music video tribute. Check it out here: https://fb.watch/8XR9WPR9pP/.”

The Incredible Dr. Pol was the first time many viewers witnessed a veterinarian with his shirt off, covered in muck and blood, arm fully inside a large farm animal. Just like that, a fan base was born, as well as an audience of amateur experts in cow palpitation, uterine prolapses, calf jacks, and more.

As the veterinarian wrote in his 2014 memoir Never Turn Your Back on an Angus Cow, “A lot of people didn’t think a TV program about a farm vet would be popular — and I was the first one to think that. But the love for animals shared by the staff, the crew, and all of our viewers has made the show more popular than anyone could have imagined.”

‘The Incredible Dr. Pol’ says his ‘incredible satisfaction’ is in the animals he helps

Born in the Netherlands in 1942, Dr. Pol is also marking 50 years in the veterinary field. He started 2021 off with the tweet, “Holy Moses! 2021 marks #DrPol’s 50th year in veterinary medicine. We are so excited to kick off this special year with all of you! Join the celebration to get all the updates and fun surprises along the way.”

Despite the celebrity and fame attached to the reality show, the animal doctor’s roots and first love will always be in the animals he serves: “There have been so many moments that I never could have dreamed would have happened,” he wrote in his memoir adding, “The animals I treat may know my scent, but they sure don’t know my name. What they have given me, though, is the most incredible satisfaction imaginable. And I am still thankful for that every single day.”