The Handmaid’s Tale: Why Commander Waterford is really obsessed with June

Fans of The Handmaid’s Tale have anxiously watched the long history between Commander Waterford (played by Joseph Fiennes) and June Osborne (Elisabeth Moss) play over the past three seasons.

Ever since June became the Waterford’s handmaid in season one, Fred’s behaviour was alarming to say the least with his early revelation the couple’s last handmaid had committed suicide.

Moreover, he appeared to have an obsession with June, regularly breaking the rules and sending her gifts.

In an interview with assignment x, the Fred star opened up about Fred and June’s relationship, revealing why how his character named to be so infatuated by June.

Fertility plays a dominant role in the plot, with the Handmaids brought into the house to bear children if the wives are infertile and it seems this is at the centre of Fred’s obsession with June.

Joseph began: “Offred is the epitome of fertility. And I think subconsciously he’s attracted to that.

“He can’t have it with his wife. And also, that lack of fertility, which actually is not her fault, it’s the Commander’s fault, that brings the disconnect in their relationship.”

Indeed, Fred and Serena Joy’s relationship (Yvonne Strahovski) has been under strain with the last outing seeing the pair come to blows.

The penultimate episode saw Serena betray Fred as he was arrested for war crimes at the Canadian border.

Fred was shocked by his wife’s betrayal which was all a means to get her hands on Nichole, who isn’t really her daughter. 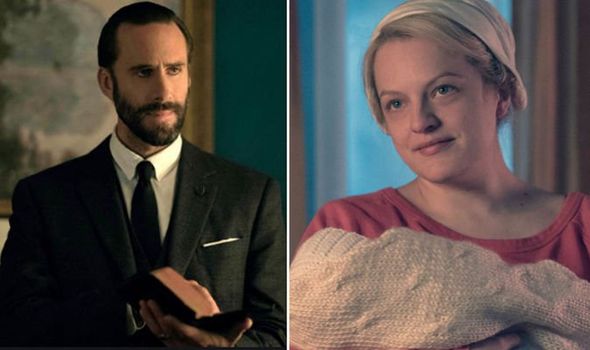 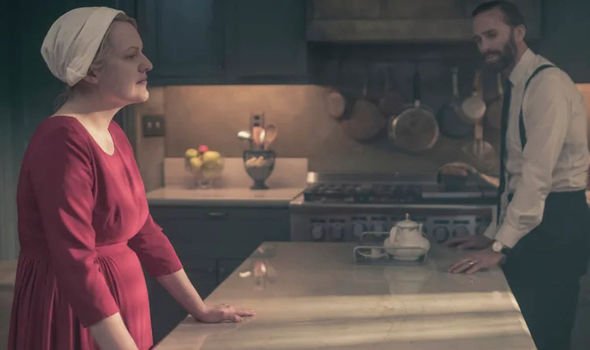 Is it June’s fertility that the couple lacks what really attracted Fred to June?

June has had a difficult time as a Handmaid which prompted her to undergo last season’s mission to rescue the 52 children from Gilead, so they could escape the life she has lived.

However, it seems the next outing may see things get worse for June after last season saw her carried out of the woods after being shot by guards while embarking on the rescue mission.

The Handmaid’s Tale author Margaret Atwood recently revealed an excerpt of her upcoming sequel to the dystopian book, titled The Testaments, which doesn’t spell a good end for June.

The new instalment is told through the perspective of Aunt Lydia (Ann Dowd) – leaving June’s fate unknown to readers. 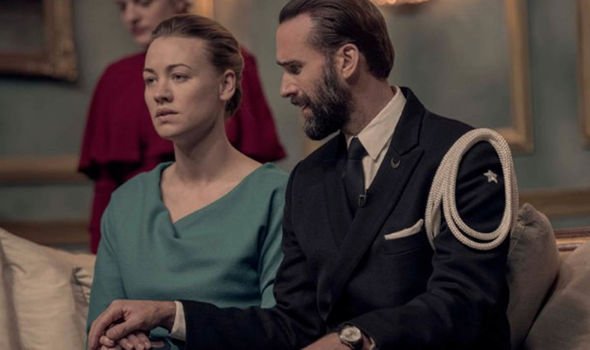 The sequel features a lengthy time jump, taking place 15 years after the events of The Handmaid’s Tale, the passage begins: “I control the women’s side of their enterprise with an iron fist in a leather glove in a woollen mitten. And I keep things orderly: like a harem eunuch.

“Only dead people are allowed to have statues, but I have been given one while still alive. Already I am petrified.”

With women forbidden from reading or writing in Gilead, the publication reveals Aunt Lydia is writing the book in a secret journal in a library forbidden to all those unworthy of having access.

Viewers saw Aunt Lydia gain a new hold on the show this season as she was granted an entire episode dedicated to her backstory – will June’s possible absence see her reign as the new protagonist in the upcoming fourth season?

The Handmaid’s Tale season three is now available to stream on Hulu.