The Great Will Get a Second Season on Hulu

Hulu viewers will get more of young Catherine the Great’s adventures in 18th-century Russia. The streamer has officially announced that The Great—which stars Elle Fanning as the titular sovereign and Nicholas Hoult as her dense spouse, Emperor Peter—has been renewed for a 10-episode second season. The news arrived less than two months after the show debuted to grand success on the platform; The Great was one of its top performing original comedies, Hulu said via Deadline.

Fanning, who’s also an executive producer on the series, had long been excited to continue Catherine’s story on-screen. “Oh yeah, I’d be down,” she told BAZAAR.com in May 2020 when asked about a possible second season of The Great. “Easy yes.”

Here’s what we know about the next installment of the irreverent new series so far.

Catherine’s got a baby bump.

In the first-look photo of the new season, Elle Fanning’s Catherine reveals her baby bump under her corset. “In season two, Catherine becomes both a mother to Russia and a child,” Hulu said in a statement. (The empress and her husband, Emperor Peter, were revealed to be expecting at the end of Season 1.) And Fanning, who was recently nominated for a Golden Globe for her role in the series, teased that she’s “cooking up something special” for the next installment. 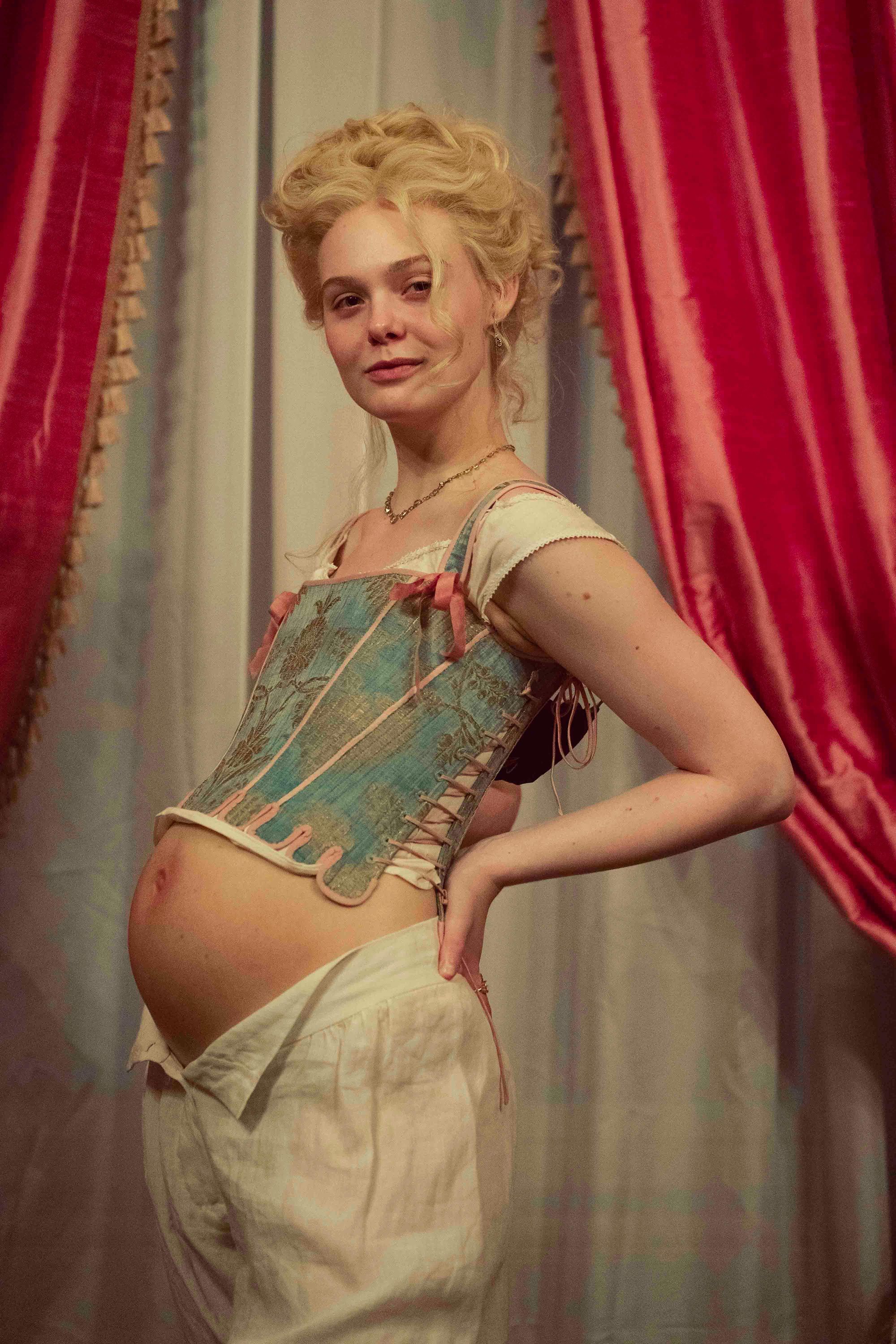 The Favourite‘s Tony McNamara is still at the helm.

The Oscar-nominated scribe behind The Favourite once again puts his comedic, satirical touch on royal history for the life story of Catherine the Great, the longest-ruling female leader of Russia. His adaptation first started off as a play in Australia in 2008, and more than a decade later, the show version maintains his sharp, off-kilter humor and eludes complete historical accuracy. (And that’s what makes it so fun.) As showrunner, McNamara also serves as writer and executive producer. 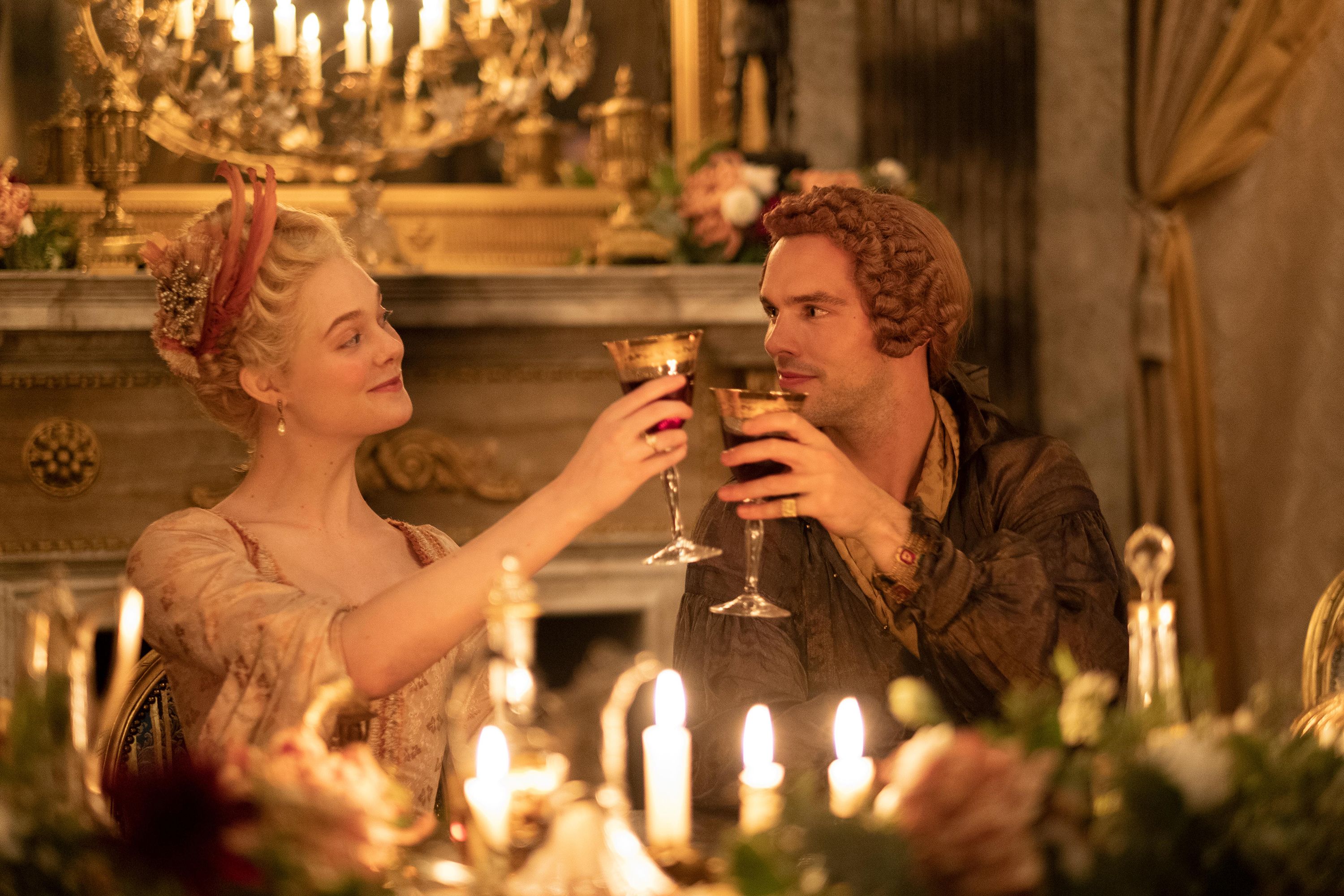 There are so many possibilities for the storyline.

With such a long tenure as empress, Catherine’s life story is water-logged source material for the series. “[I] definitely know that Tony is for sure thinking beyond [season 1],” Fanning told Entertainment Weekly in May. “He has more stories.”

Before the show’s renewal, the actress imagined that the series would pick back up with Catherine and Peter at relatively the same ages they were at in the first season. “I don’t really have any info yet, but I feel like season 2 would probably continue on this story,” she added to EW. “I don’t know exactly when it would pick up, but it would be us at this age. We have our fingers crossed.”

SPOILER ALERT: In the Season 1 finale, Catherine incites a coup against her husband that should have culminated in his death, but the ending was a real cliffhanger as his killing wasn’t shown on-screen. While announcing Season 2 on Instagram, however, Fanning hinted that Catherine didn’t quite succeed in assassinating her husband.

“Okay, now seriously @nicholashoult I’m going to get you this time…” she joked in her post.

That isn’t entirely bad news though: Who wouldn’t want more Nicholas Hoult? Furthermore, Variety reported that the actor faced scheduling conflicts between Season 2 of The Great and the next Mission: Impossible film, on which he was supposed to play the villain. But he exited the big-screen project in May.

The release date is still unknown.

But we could look to Season 1’s production schedule as reference. As Decider pointed out in May, Hulu announced its plans for The Great in February 2019 and the show premiered 15 months later, in May 2020. It’s possible the second season could arrive in the fall of 2021, but with coronavirus delays across the industry, that remains unclear.

There could be up to six seasons.

Executive producer Marian Macgowan told Decider that the team “initially pitched six seasons” of The Great. “So we believe there’s sufficient material to take us through until she is an old woman.”

As McNamara previously told Deadline, “I wanted to tell [The Great] as a story that goes for years and years.”

Spoilers: Nick worries for Sam as he suffers a meltdown in Corrie
Celebrities