'The Golden Girls': Concerns About Typecasting Influenced the Show in More Ways Than 1

The cast of The Golden Girls seemed to just click. From the pilot episode, fans were enamored with the characters and the chemistry of the actors. Betty White seemed to slide seamlessly into the role of Rose Nylund, and Bea Arthur was perfectly suited to the serious and sarcastic Dorothy Zbornak. The cast could have been a lot different, though. Fears about typecasting were largely responsible for two major casting decisions. An additional concern about typecasting almost changed the course of the show’s history.

Betty White and Rue McClanahan were originally in opposite roles

Betty White played the lovable and insanely gullible Rose Nylund, while Rue McClanahan took on the part of man-crazed vixen, Blanche Devereaux. The actors seemed to fit their roles perfectly, but the series wasn’t initially designed that way. White was set to play Blanche, while McClanahan was tapped to take on the character of Rose. 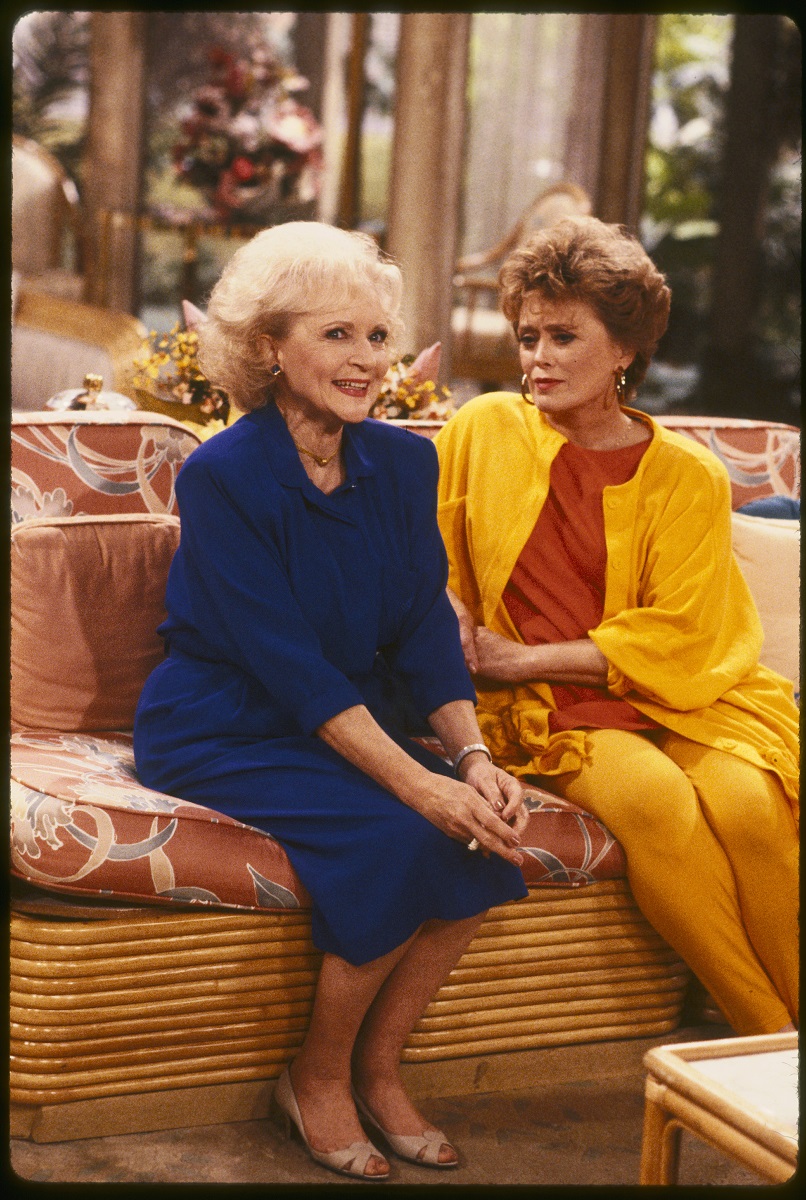 A problem quickly arose. There were significant concerns that Rose was too similar to White’s previous role of Sue Ann Nivens on The Mary Tyler Moore Show. Like Blanche, Sue Ann was a man-crazed, highly competitive, and biting in her remarks. The part was considered White’s most prominent role at that point. White mentioned that she viewed Sue Ann as a “nymphomaniac” and planned to play Blanche the same way. Fearing viewer confusion, the show’s team decided to swap McClanahan and White. In a 2006 interview with the Paley Center for Media, White noted that while she liked the character of Blanche, McClanahan took advantage of the part and played it with more guts than she ever would have.

While NBC executives were happy with the casting of both White and McClanahan, there was serious pushback for casting Arthur. While NBC didn’t have a problem with Arthur as an actor, they feared her previous role in Maude would spell doom for The Golden Girls. In the 1970s series, Arthur played Maude Findley, a liberal woman. The series, during its six-year tenure, tackled some seriously controversial topics, like abortion.

Because Arthur’s character was so controversial, NBC executives feared fans would find Zbornak unsympathetic. According to Biography, executives weren’t the only ones who were unsure about the casting. Arthur herself had concerns about typecasting. According to the publication, she feared her connection to McClanahan on previous TV projects would make it impossible for the audience to separate their former characters from the new ones they were portraying. The show’s creators fought for Arthur’s inclusion in the series, and McClanahan assuaged Arthur’s fears by pointing out the uniqueness of the show’s premise.

Typecasting concerns also stemmed from the actors connections to each other

Aside from individual typecasting, the cast of The Golden Girls had to compete against their histories with each other. During the 1970s and 1980s, before the series was even conceived, Arthur, McClanahan, and White’s professional paths had crossed. White and McClanahan worked together on Mama’s Family. In the series, McClanahan played Fran Crowley. White took on the role of Ellen Harper Jackson.

McClanahan had previously worked with Arthur on Maude. The only cast member who didn’t have a connection to the others was Estelle Getty. Getty portrayed Sophia Petrillo, Dorothy’s aging mother. The part of Sophia was Getty’s first major television role. Before joining the cast of The Golden Girls, she mostly worked in stage productions and took on guest roles on television shows. Getty was 62 when she landed the role.