It will truly be a family affair when Team Flash goes up against the actual Godspeed in this month’s Season 7 finale. 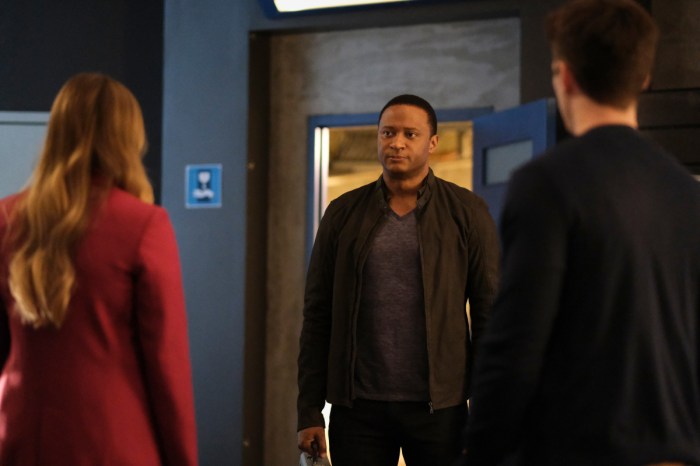 Yes, we already knew that Jordan Fisher (To All the Boys 2, Grease Live!) would be making his debut as Barry and Iris’ future son, Bart Allen aka the speedster Impulse (see photo). And that Jessica Parker Kennedy (who this week put in a brief, teasey cameo) will again reprise her role as Nora West-Allen aka XS.

But a newly released synopsis from The CW confirms that another speedster very close to Barry (played by Grant Gustin) will figure into the season-ending skirmish — Iris (Candice Patton)!

The synopsis for “Heart of the Matter, Part 2,” airing Tuesday, July 20, reads: “The Flash enlists a host of speedster allies, including Iris and his children from the future — Bart (guest star Jordan Fisher) and Nora West-Allen (guest star Jessica Parker Kennedy) — to end the speedster war and defeat a deadly new adversary: the villainous Godspeed” (played by Roswell, New Mexico alum Karan Oberoi). 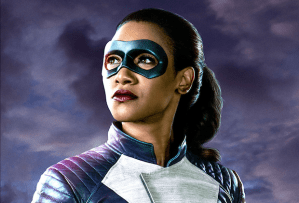 Iris of course first ran in Season 4, Episode 16, when the bus meta dubbed Melting Pot, who had the ability to swap people’s DNA, transferred Barry’s superspeed to his wife (and she in turn suited up like the boss that she is). It is unclear what sort of schmience will restore her speedster ways for the finale.

Also officially confirmed to be back for the season finale (as well as the episode preceding it) is original cast member Carlos Valdes, whose Cisco recently bid Team Flash adieu to become the new Director of Technology and Science for A.R.G.U.S. in Star City.

Want scoop on any Arrowverse show? Email [email protected] and your question may be answered via Matt’s Inside Line.