The Crown season four was released by Netflix on Sunday, enthralling and delighting royal watchers ever since. One of its key themes is the relationship between the Queen ‒ played by Olivia Colman ‒ and Margaret Thatcher ‒ played by Gillian Anderson. Their relationship was complex to say the least and The Crown’s key point appears to be that they were two women of similar ages but that is where the similarities end.

It first shows Mrs Thatcher struggling to adapt to the royal way of life on a trip to Balmoral Castle before portraying the Queen’s unease at the Prime Minister taking the glory after Britain’s victory in the Falklands War.

Perhaps more significantly, it shows the two at odds with each other over whether to place sanctions on Apartheid South Africa.

Finally, though, there is a clear nod of respect when the Netflix show depicts Mrs Thatcher’s ousting from Downing Street, as the Queen appears sympathetic ‒ awarding the former Conservative Party leader with the Order of Merit.

The Crown appears to have missed at least one swipe Buckingham Palace made in Downing Street’s direction, though. 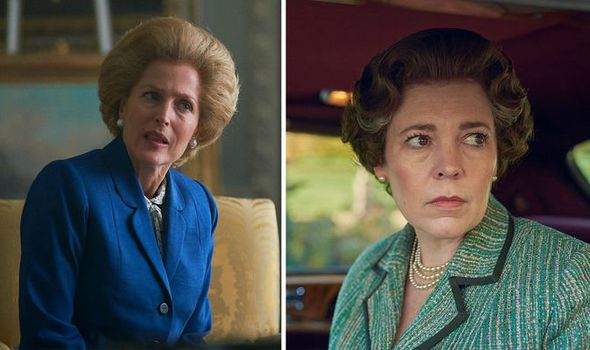 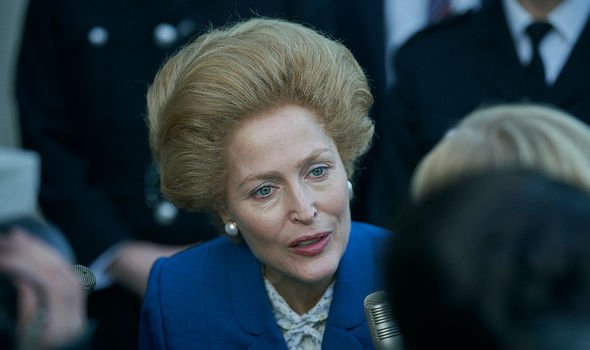 Late royal expert Judy Wade described a time when Mrs Thatcher desperately wanted to find out what the Queen was wearing to an event they were both attending.

The former Prime Minister – who served from 1979 to 1990 – is said to have “rung the Palace one day to say she was going to a big dinner that night with the Queen, and she wanted to know what colour the Queen was wearing so she wouldn’t clash”.

This is said to have sparked a brutal response from Her Majesty.

The reply from the Palace was reportedly: “Don’t worry, the Queen never notices what other women are wearing.” 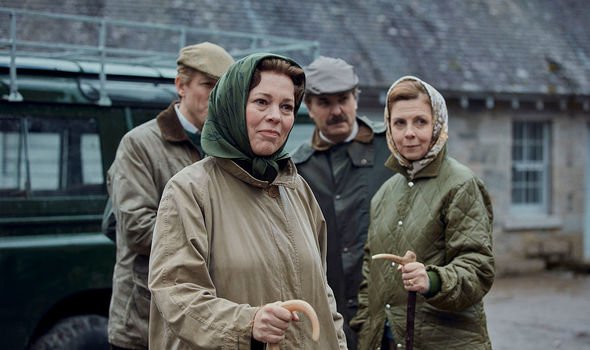 It is not known how Mrs Thatcher responded but it is clear she never lost her respect for the Queen or the monarchy as an institution.

Sir Bernard Ingham, Mrs Thatcher’s former Chief Press Secretary, claimed she was “extremely respectful of the monarchy” and perhaps “too punctual” when it came to her weekly audience.

In 2014 Amazon Prime documentary, The Queen and her Prime Ministers, the narrator explains: “Whenever she went to see the Queen, Mrs Thatcher always arrived a quarter of an hour too early for her weekly audience and every week the Queen let her wait for 15 minutes.”

However, the complexity of their relationship does not necessarily mean it was a difficult one. 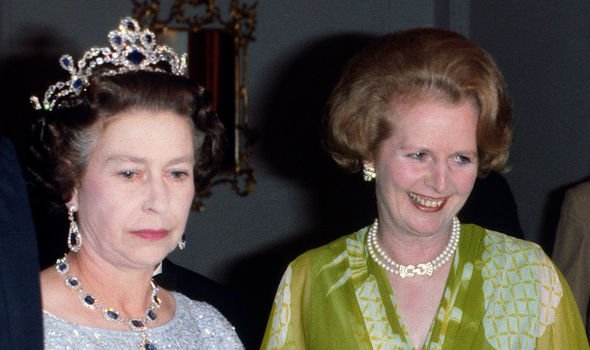 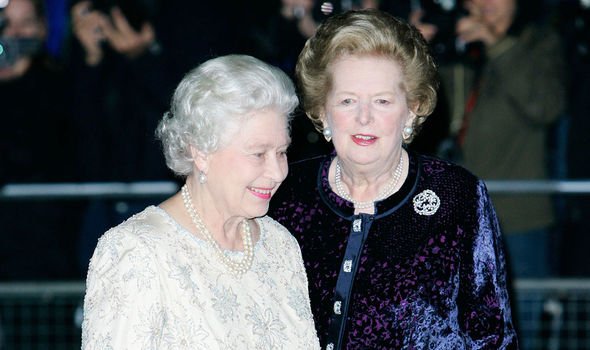 BBC broadcaster Michael Cockerell noted: “In the end I think they did get on, and I think Mrs Thatcher came to value the advice the Queen gave her.”

While royal biographer Hugo Vickers went further still, commenting on how the Queen was “very upset” by the way Mrs Thatcher was ousted by Tory rivals.

He noted: “She told somebody that, alright, Mrs Thatcher may have been tired and things, but it was a horrible way that it was done.”

Sir Bernard then noted the significance of how quickly the Queen honoured Mrs Thatcher after her resignation, first of all with the Order of Merit and then appointing her a Lady of the Garter. 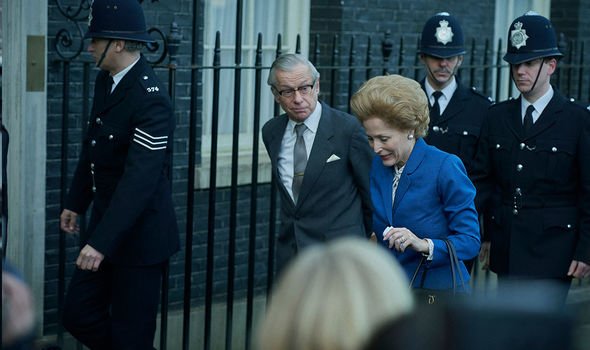 The Queen’s relationship with the serving Prime Minister is always an important one, as Her Majesty is head of state under the British constitution.

It is a largely ceremonial role and the weekly audience she shares with the elected leader of the country is a longstanding tradition.

It is said Sir Winston Churchill, her first Prime Minister, was the Queen’s favourite while Mrs Thatcher was her longest serving.