THE CHASE fans were left open-mouthed this evening by the contestants' "themed names" – with viewers insisting that it couldn't be a coincidence. 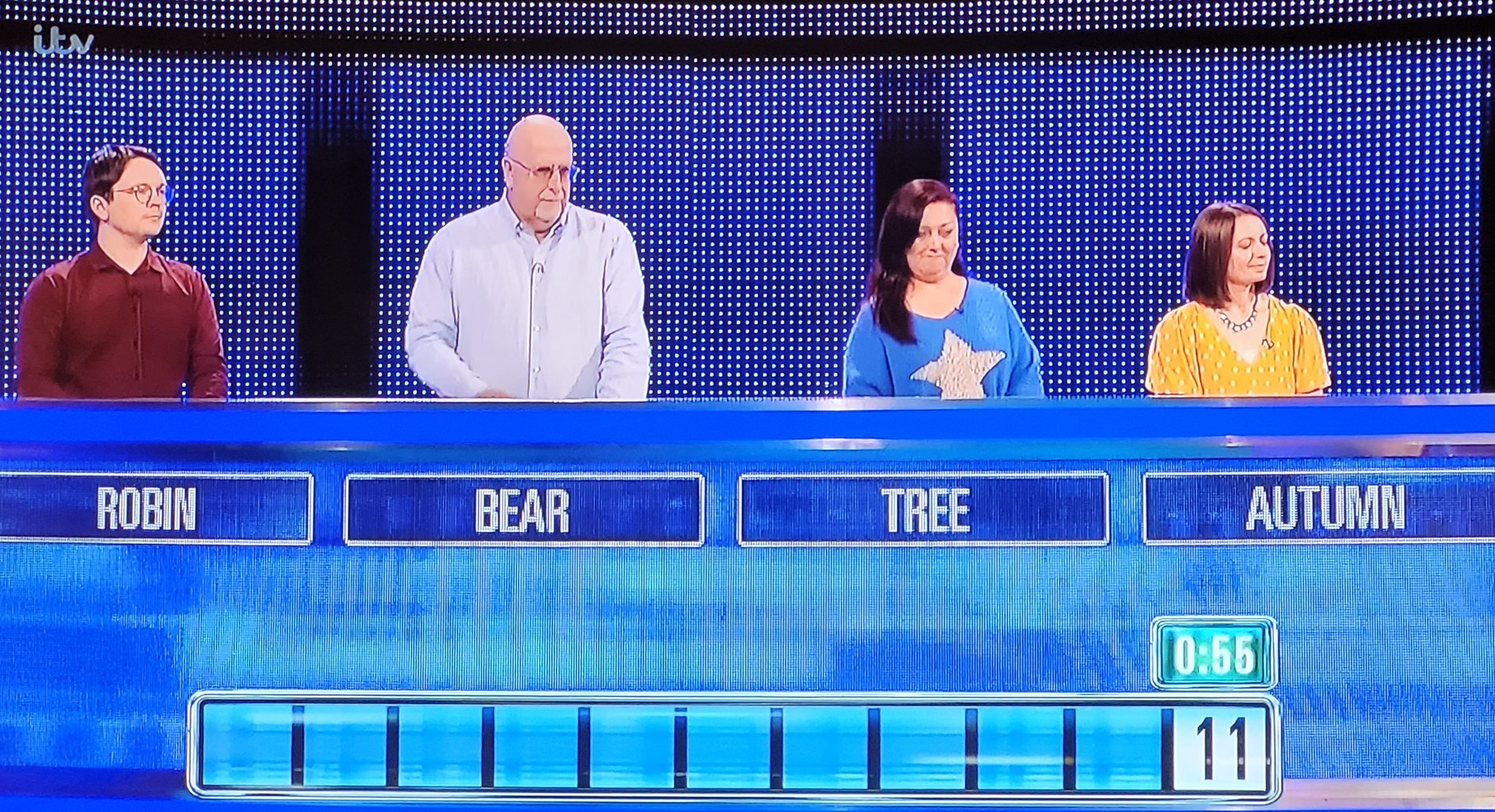 But those watching at home were more distracted by their quirky monikers – claiming that producers teamed these particular four people up on purpose.

Taking to Twitter, one fan mused: "Just noticed at the end their names were like characters out of Beatrix Potter or Winnie the Pooh."

Another wrote: "Robin, Bear, Tree and Autumn on The Chase. With those names I refuse to believe that having these four on at the same time wasn’t just a coincidence."

One more added: "Have they done this on purpose? Autumn, Tree, Bear and Robin. What a little theme going on."

A fourth echoed: "Robin, Bear, Tree and Autumn…. Are we having a laugh? What's this about?

"These names can't be real names for humans, and if so, having them on can't be a coincidence."

One viewer giggled: "I just saw Bear, hugging a Tree while Robin looked on."

Another shared a photo of the team with their names on display, quipping: "When you’re playing word association and the answer is ‘Forest’".

All four contestants took on Jenny 'The Vixen' Ryan to try and win £18,000 – and proved to have strength in numbers as they "thrashed" the clever quizzer to secure the prize.

This isn't the first time that The Chase has caused a stir with players' names, with another team sharing a shock link to the royal family, and a third spelling out "Banana Raspberry".