Rachel Carey (played by Holliday Grainger) has finally returned for another chilling case of murder, surveillance and mistaken identity in a second season of the hit crime drama, The Capture. This time, the BBC thriller is joined by breakout star Paapa Essiedu, but Rachel’s team is one man down after a shocking chase in episode one.

Writer and director Ben Chanan almost killed off a major player when he began developing the second season of The Capture.

DS Patrick Flynn (Cavan Clerkin) was left hospitalised after being targeted by mysterious assailants in the opening episode of season two.

In the returning drama, Rachel is tasked with investigating an impossible assassination after joining the secret intelligence service Correction at the end of the first season.

Patrick was on the hunt for answers, but finds himself trapped in a high-rise office building and pursued by armed gunmen. 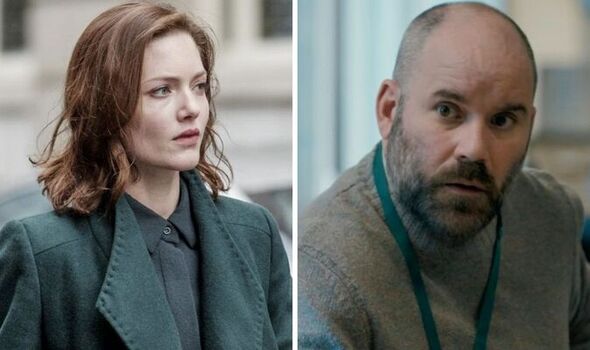 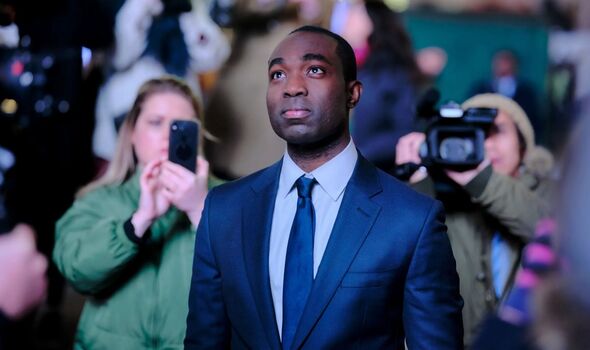 After protecting his target, the detective was cornered by masked militants and shot multiple times through the chest.

Thankfully, he survived the ordeal, but is now facing a slow recovery in hospital and may not emerge until the very end of the series.

Speaking to Express.co.uk at The Capture’s premiere in London, Ben admitted he originally thought about making Patrick’s injury fatal.

“I think I probably did consider it,” he said. 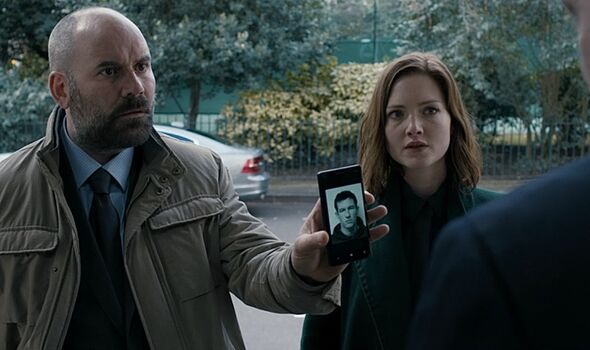 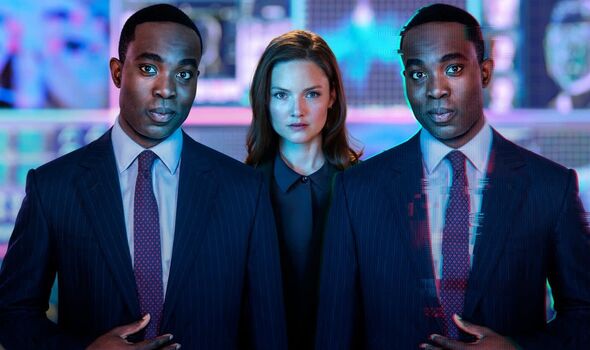 Cavan, known as Father Pyrlig in The Last Kingdom and comedic roles in Pulling and The Inbetweeners, was joined by fellow DS Nadia Latif (Ginny Holder) in the first season.

Both detectives returned in Sunday’s premiere episode, though Nadia is reluctant to pull Rachel into the investigation after their clash during the first case.

Now Patrick is out of action, Rachel could be completely on her own as she faces a sinister case of identity theft, an invisible assassin and her own probe into her shadowy new employers.

Thankfully, Patrick was given a second chance to help the case – if he eventually manages to wake up.

The writer ultimately decided to spare Patrick in the opening episode, though this doesn’t mean he won’t eventually succumb to his wounds later in the season.

If he wakes up, he could provide some valuable intel into how their new enemies operate after coming face-to-face with the stealthy hitmen.

Meanwhile, Rachel is faced with her own battle after meeting up with young MP Isaac Turner (Paapa) who is targeted by cyber-criminals.

After being moved to a safe house, Isaac is stunned when footage of himself giving a live interview airs on BBC Newsnight.

The fake Isaac endorses a Chinese company specialising in AI facial recognition software, hinting at an even wider global conspiracy at play.

Rachel and her team will now have to race against the clock to ensure the invasive surveillance technology doesn’t take over while the investigation into the chilling murder of a foreign national could expose more answers.

The Capture season 2 continues Sundays on BBC One.