Every January, the Sundance Film Festival debuts many of the independent films that will dominate the cinematic conversation for the rest of the year. While this year’s virtual festival may be diminished in numbers, it is no less robust a showcase for the next generation of vanguard filmmakers.

While a lauded feature film debut can launch a career, showing a short film at Sundance is often a place for up and coming filmmakers to get a foot in the door. Taika Waititi, Dee Rees, the Duplass Brothers, and Andrea Arnold all showed shorts at Sundance before making their feature debuts. This year’s slate may herald the arrival of the next great cinematic voice.

Due to the smaller festival, this year’s shorts slate comprises 50 films, down from the festival’s typical 70 to 80. Contrary to popular belief, Sundance does not require premieres for its shorts, a fact Senior Shorts Programmer Mike Plante wishes more filmmakers were aware of. While more than half of the nearly 10,000 film submissions hailed from outside the U.S., and the 2021 program’s films come from 27 different countries, Plante also urges more international filmmakers to consider submitting to Sundance.

With robust government support for the arts, Quebec has become a very strong region for short films. Sporting a rich palette doused in nostalgic ’80s hues, this wrenching slice of life narrative follows a father picking up his kids from his ex-wife’s Christmas Eve party. As the kids get hyped on sugar and hog the bathroom and their mom dances with her hunky new boyfriend, Denis steels himself in his chilly Oldsmobile. When the pick-up goes awry, the emotional gut punch is followed by a drily comedic ending. Director/writer Annie St-Pierre proves she has an eye for distilling potent emotions into economical storytelling. Many Americans still lack a nuanced understanding of India’s deeply entrenched caste system eludes most Americans, but perhaps “LATA” can change that. With a delicate humanism and visual style evocative of Alfonso Cuarón’s “Roma,” “LATA” captures the daily routines of a 23-year-old domestic worker in an upper-class home in Southern Mumbai. Sometimes Lata toils on the edge of frame, sometimes she takes center stage as she silently sweeps and folds ornate rugs. As doors close on her face and conversations are had about her as if she isn’t there, we see and hear what she is allowed to see and hear. “Lata” is a powerful and promising debut from director/writer Alisha Tejpal and co-writer Mireya Martinez.

A young couple yearns for a little privacy in this tense romantic drama set in Turkey, where there is a strict law against unmarried couples sharing a hotel room. Director/writer Serhat Karaaslan weaves an unnerving yarn out of a unique premise, infusing the young lovers with a playful chemistry that is slowly beaten out of them by oppressive forces beyond their control.

The hardships of daily life as an immigrant linger just outside of frame in this gentle father-daughter love story, which hails from Afghani-German filmmaker Zamarin Wahdat, who shot the film while at NYU’s film program. When Kati stows away in her father Faruk’s delivery truck, he is forced into a day of childcare as he balances a demanding boss and suspicious customers. Faruk rushes through stops as Kati collects signatures and expounds on her favorite candies. When a brush with racism brings their shared struggle into focus, they’re able to land on what’s truly important. 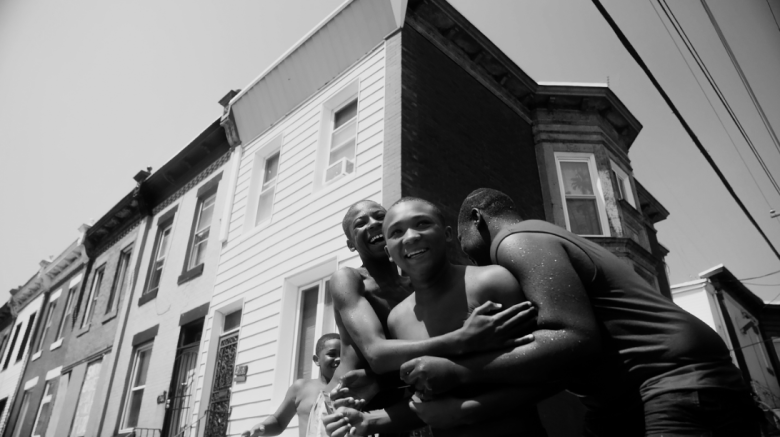 Shot effectively in sparse black and white, this arresting slice-of-life documentary illuminates the host of challenges facing the Black residents of North Philadelphia. In just 27 minutes, a few compelling characters emerge to tell uplifting stories of positive change in a neighborhood that has been ravaged by drug use and poverty. A father newly released from prison teaches his daughter about his passion for drag bikes; a sobriety counselor uses rousing rhetoric to give back to the community; urban cowboys reflect on how caring for an animal has kept them out of trouble. Director Renee Maria Osubu and cinematographer Luis Lopez render Black life onscreen with vibrancy and joy, each frame flooded with reverence and beauty.

While most shorts filmmakers are new to the festival, three of Los Angeles-based Korean animator Kang-min Kim’s inventive shorts have played Park City. His latest creation is Oscar-qualified, and it uses styrofoam figure stop-motion animation to tell the story of his mother’s eerie, sometimes prescient dreams.

An 8-year-old girl with a stubborn streak and a dangerous curiosity wanders the grounds of her Megachurch in Lagos, unwittingly witnessing the dark underbelly of her pristine religious community. Driven by a mystical lizard, who either guides or protects her, her childlike innocence is dashed in a flash by a desperate group of thieves. All the characters count on God to protect them, prompting mystical questions no theology can answer. 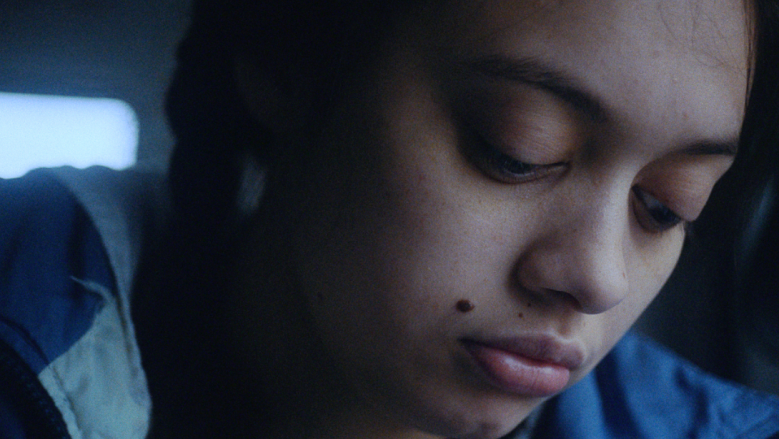 A promising debut from young actress Deanna Gibson anchors this unsettling narrative short, which expertly rides the line between dark comedy and suspenseful drama. Gibson plays a young girl who must endure bureaucratic hell to inquire about an overdo insurance claim for her wheelchair ramp. After witnessing an unexpected act of violence, she makes a snap moral judgment that reveals more about her character than any form could.

“This Is The Way We Rise”

A documentary profile of Native Hawaiian queer slam poet Jamaica Heolimeleikalani Osorio, who reconnects to the creative spirit while leading direct actions to protect sacred sites atop Maunakea, Hawai`i from development. Her poetry weaves throughout the film as she educates her students in their own history, resurrecting the nearly-lost past with her galvanizing poetry. Osorio cuts a compelling figure onscreen, offering poignant reflections on her evolution as an artist and activist, and always grounded in a fierce love of her people and land.