Susanna Reid was forced to step in and control two guests on Good Morning Britain this morning. The show was discussing whether it was vain for men to dye their hair after grey hairs appear. Ex-EastEnders star Richard Blackwood and X Factor star Jake Quickenden appeared to give their opinion on the matter and the conversation turned a little rowdy when the two men started talking over one another.

“Well I just don’t know I’m going to go out there and say ‘I’m dyeing my hair because I’m vain!’” Susanna replied.

“Not sure that’s something that sounds – it’s not a boast is it?” 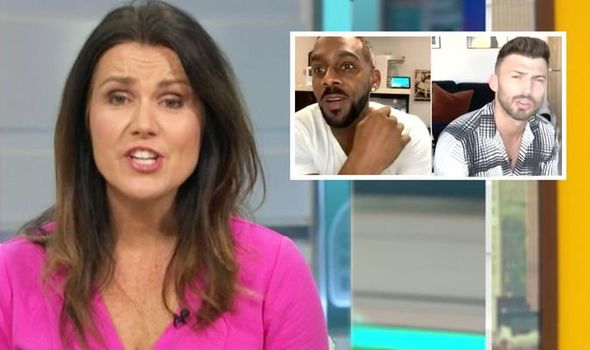 Jake went to speak at the same time as Richard and then apologised: “Sorry!”

“It’s like you’re only doing it to please someone else but why can’t people just do it for themselves to make themselves happy,” Jake said.

“But it’s not – you keep changing my narrative, that’s not what I said. I’m saying it’s a form of vanity -“ Richard remarked. 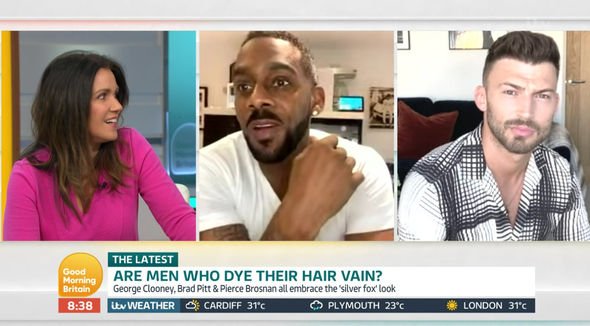 “Can I finish?” Richard hit back.

“I said that also – you’re really trying to drive a point but you know what I’m saying,” Richard slammed Jake. 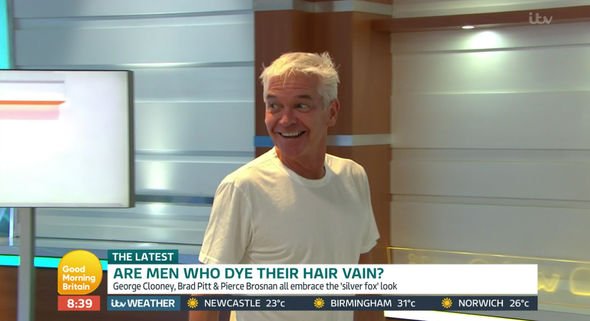 “If you look in the mirror after doing press-ups or a workout, that’s a form of vanity, it’s not an negative term.

“We’re trying to turn the word vain into a negative word but it’s not negative,” the actor added.

Phillip Schofield also contributed to the conversation after dropping into the GMB studio unannounced.

The ITV presenter – whose own This Morning studio is just next door – popped over to take part in the discussion.

Those watching the discussion took to Twitter to add their views.

“I thought Richard Blackwood came across very badly in this, he was rude and very full of himself,” one said.

Another commented: “It’s not vain, people just want to look good. If vanity is the case then we all should have a hair cut or hair do, dress nice and all.”

“Love Richard Blackwoods hair….if we all looked as good as him with grey hair…nobody would dye it!! He looks amazing,” a third wrote.