Supernatural Drama 'The Order' Canceled at Netflix After 2 Seasons

“It is one of the best experiences of my career. Unfortunately, we aren’t returning,” show creator Dennis Heaton says 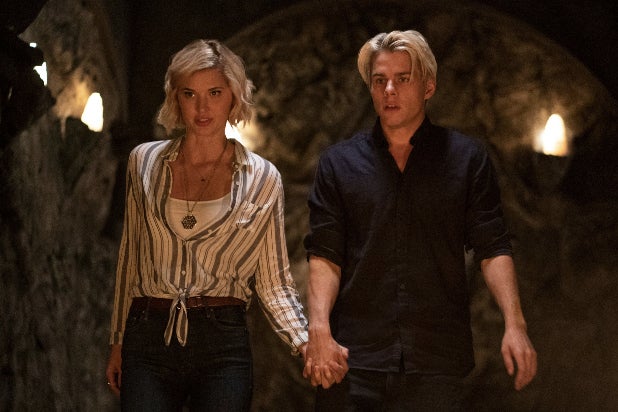 Netflix has canceled its supernatural drama “The Order” after two seasons, series creator Dennis Heaton said in a pair of tweets Friday night.

“For two seasons I was honored to work with an incredible cast and crew on The Order for @netflix. It is one of the best experiences of my career. Unfortunately, we aren’t returning, but I will always cherish the memories and the props I stole. Thank you all for watching,” Heaton wrote.

He followed up with a hint of what might have been, had it been brought back for a third season: “PS – Jack was totally going to raise Alyssa from the dead, but she was going to come back wrong. Like, Pet Sematary wrong. Probably possessed by Zecchia. And a whole bunch of other corpses were coming back with her.”

Set in the fictional Belgrave University, “The Order” followed a college student who, out to avenge his mother’s death, “pledges a secret order and lands in a war between werewolves and practitioners of dark magic.”

Heaton has his fingers crossed for reuniting with the team down the line. “Honestly, who knows — in the back of my mind I’m hoping for a ten year reunion movie,” he said.