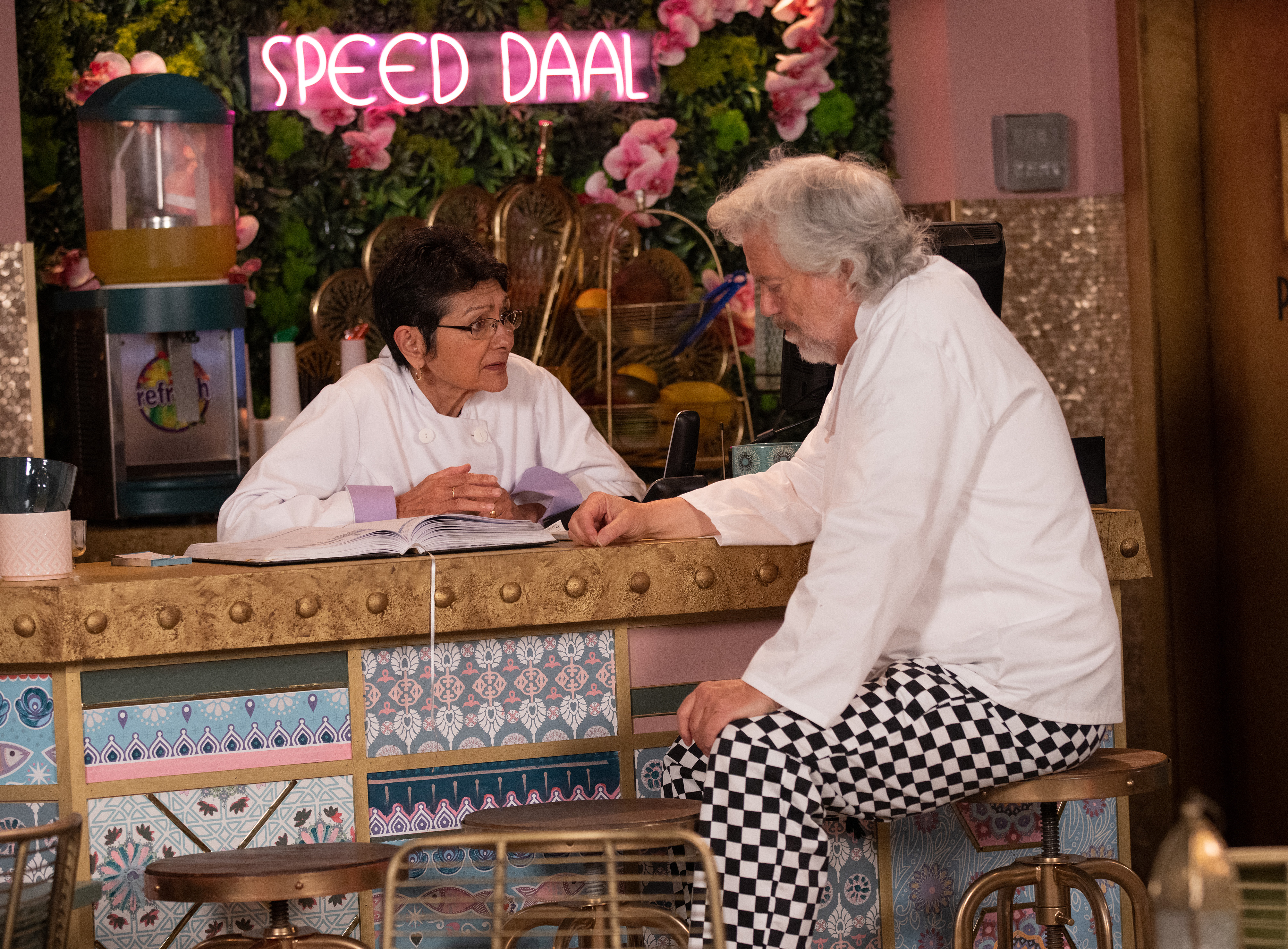 We don’t know a lot about Stu Carpenter (Bill Fellows)’s background in Coronation Street – but that’s set to change as secrets from his past start to come out.

Stu recently revealed to Yasmeen (Shelley King) that he has a daughter that he doesn’t see, but he’s been sending presents to her for 15 years without any acknowledgement from her. He just keeps sending the gifts in the hope that she receives them.

He was upset when a parcel was returned from the new owners of the address he had for his daughter, thinking that the last connection he had with her was gone and he now had no way of contacting her.

In upcoming episodes Zeedan (Qasim Akhtar) is planning a trip to Greece, which makes Stu reminisce about happy family holidays to Athens in the past. Yasmeen realises how much Stu’s daughter means to him and she begs him not to give up on the idea of trying to find her.

‘I think he’s very tempted to give up,’ Bill Fellows told us recently. ‘But with help from Yasmeen, we talk about our family values and he doesn’t quite give up. It’s a very big thing for him, his daughter. Even though he’s left it for a long time, it’s there. In the story it becomes quite a big thing.’

As Yasmeen later confides in Zeedan that she’s decided to look for Stu’s daughter herself, could she be the one to bring father and daughter back together?