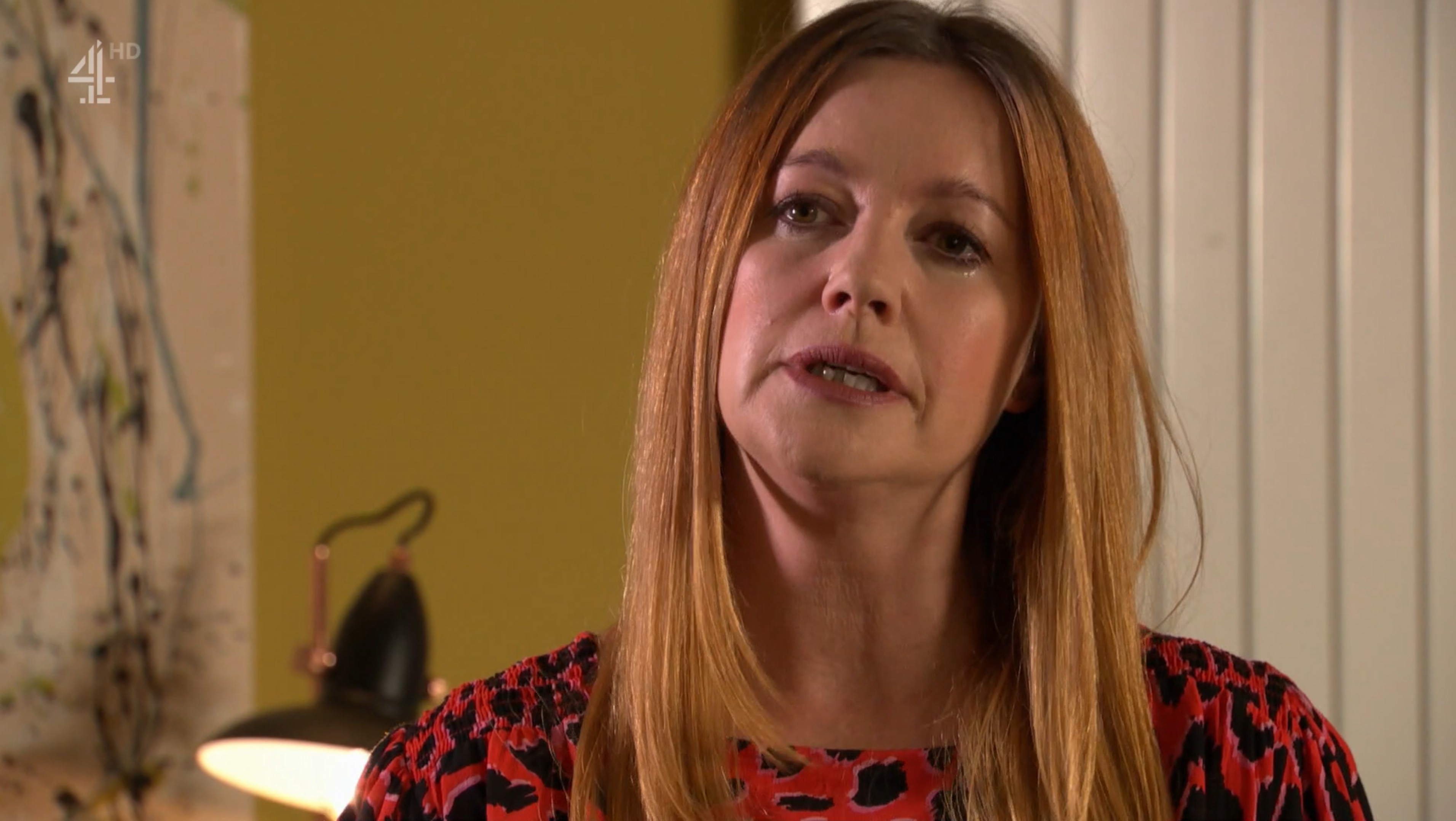 Diane Hutchinson (Alex Fletcher) is left with a sense of relief in Hollyoaks later this week, as she receives a diagnosis.

The soap mainstay has been struggling with anxiety over the past few months, doubting every move and decision that she makes.

She knew that there was more to her anxiety than just becoming a mum again, and thus she resolved to seek professional help, before leaving the village to take some time – promising to come back stronger than ever before.

Upcoming scenes will see Diane attend her medical evaluation, and while there, it’s determined that she most likely has obsessive compulsive disorder.

Afterwards, she feels relieved to finally have a diagnosis.

Hollyoaks, earlier this year, confirmed that Diane will be overwhelmed in her efforts to protect her family, as part of a storyline that aimed to explore OCD.

OCD, short for obsessive compulsive disorder, is a mental health condition where one has recurring thoughts and repetitive behaviour that they can’t control.

Hollyoaks is working with charity organisation OCD-UK, which measured a 40% rise in service stats from people contacting the charity for support in the early days of the pandemic.

‘Diane has been through so much already,’ actress Alex Fletcher said at the time, ‘but it’s always an honour to get an issue storyline that I hope I can do justice to and I’m intrigued to learn more about the disorder.

‘Like many people, I’ve heard of OCD but was shocked to hear how much it can inhibit people’s lives. That’s why it’s so important to get the facts out there, especially during the current pandemic when it’s effecting even more people.’

Diane has been through a lot, but there is more heartache to come, as new pal Becky Quentin (Katie McGlynn) starts to meddle in her marriage to Tony (Nick Pickard) next week.