Strictly 2019: ‘Not talking about it’ Darcy Bussell shuts down Piers in awkward probe

Darcey announced earlier in the year she would not be returning to Strictly Come Dancing following seven years as a judge. She was then replaced by Motsi Mabuse who made her judging debut on the BBC programme’s first live show which aired on Saturday.

She was at a dance workout at Royal Hospital Chelsea which she had organised in celebration of National Fitness Day.

While the hosts were keen to ask her about what she made of the current series of Strictly so far, Darcey shut them down in a very awkward exchange.

“Have you watched since or is it too hard?” Susanna asked the ballerina. 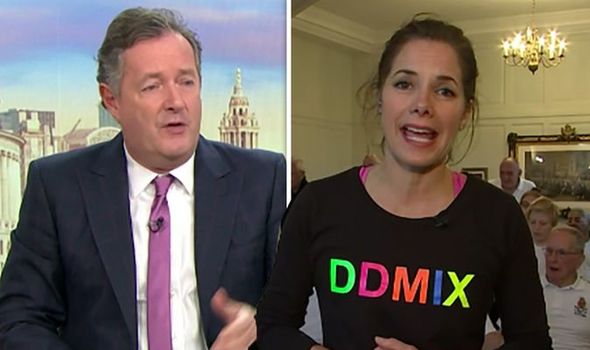 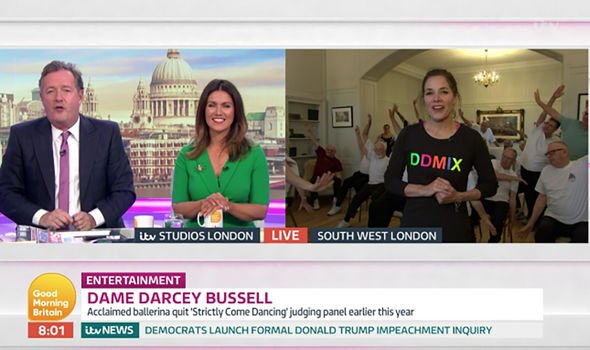 But Darcey retorted: “Been too busy doing National Fitness Day!

“I keep myself incredibly busy now.”

Piers went on to address how ratings for the show had gone down, stating: “Strictly ratings have collapsed.”

Darcey wouldn’t give Piers the response he wanted, reiterating that she was there to talk about National Fitness Day and not about the show. 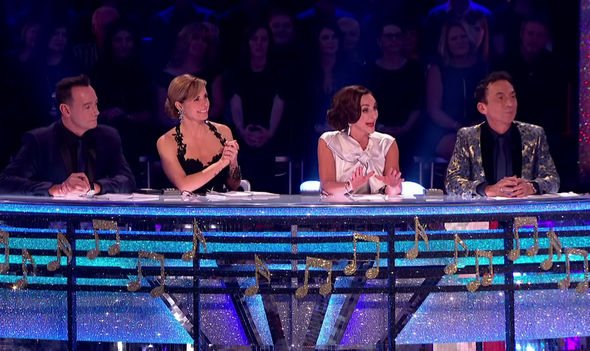 Piers went on to say that he’d been “rallied” by the star to get fitter.

While Darcey was seen laughing along, Piers then addressed the awkward situation that had just unfolded in the chat.

“Wow, did not want to talk about Strictly. Didn’t want to go there,” he declared.

Ratings for Strictly’s first live show this year saw 7.7 million tune in with a peak audience of 8.5 million.

However, last year it was watched by 8.9 million with a peak audience of 10 million.

Darcey did offer up her opinion on the first show on her Instagram at the weekend where she congratulated the team.

She posted a snap of herself giving a thumbs up from outside the Royal Academy of Dance.

Darcey captioned the snap: “Big congratulations to @bbcstrictly on a FAB-U-LOUS first show – it’s going to be a fantastic series.

“Best of luck to all the team, thinking of you all. Dx #keepdancing.”

Strictly Come Dancing continues Saturday at 6.40pm on BBC One. Good Morning Britain airs weekdays at 6am on ITV.