Who is in the cast of Stranger Things season 3?

WARNING: This article features spoilers for Stranger Things season one and two.

Millie Bobby Brown will be back again as Eleven, or as she’s also known as Jane Hopper, in the hit show.

After escaping Hawkins National Laboratory where she spent her life being experimented on, Eleven became a major character in series one and two.

We last saw Eleven as she was helping to defeat an extra-dimensional threat at the end of the last series.

Finn Wolfhard is returning as Mike Wheeler who will reunite with his best friends Will (played by Noah Schnapp), Lucas (Caleb McLaughlin) and Dustin (Gaten Matarazzo).

Stranger Things was Wolfhard’s first major television role and it led him to land a major role in the film adaptation of Stephen King’s It back in 2017. 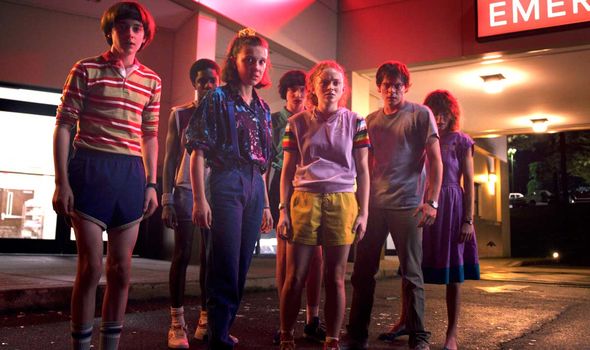 Dustin was a major player in the event of season two when he discovered and raised the monster D’Artagnan.

Winona Ryder is one of the biggest stars to appear in Stranger Things, having appeared in numerous Hollywood films including Edward Scissorhands and Heathers.

She’s back as Joyce Byers in season three, Will’s single mother who goes above and beyond to help him out.

David Harbour plays Jim Hopper, who was the Chief of Police in the town of Hawkins.

Last season, viewers saw him take Eleven as his adopted daughter in a touching twist.

WHAT TIME IS STRANGER THINGS RELEASED ON NETFLIX? 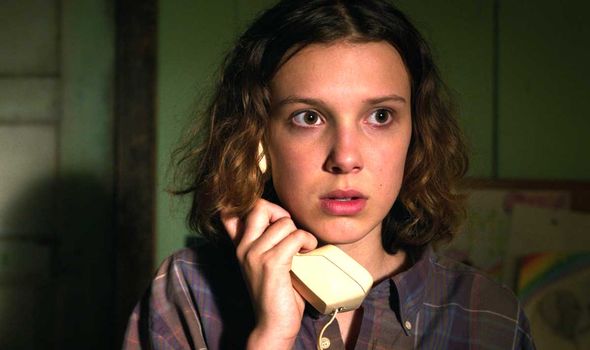 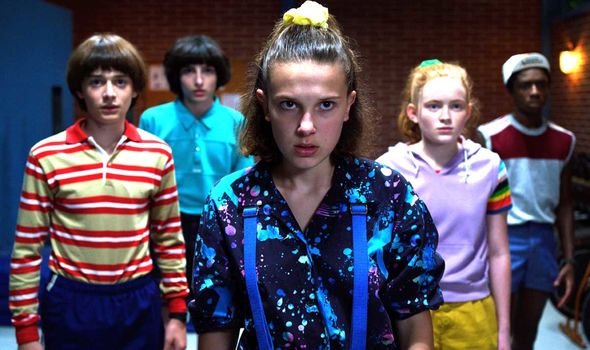 Caleb McLaughlin plays Lucas Sinclair, another of the group of friends who played a major role in season one and two.

In season two, he and his friends helped to burn the Mind Flayer’s external core so Eleven could close an interdimensional gate for good.

Noah Schnapp plays Will Byers, who disappeared from the town of Hawkins in season one.

He is best friends with Dustin, Mike and Lucas in the show and played an essential part in saving Hawkins in series two.

Maya Hawke is joining the cast of characters this series as Robin, who has been described as an “alternative” girl.

She is Steve’s (Joe Keery) co-worker at the Scoops Ahoy ice cream parlour in Starcourt Mall.

IS SEASON THREE THE LAST SERIES OF STRANGER THINGS? 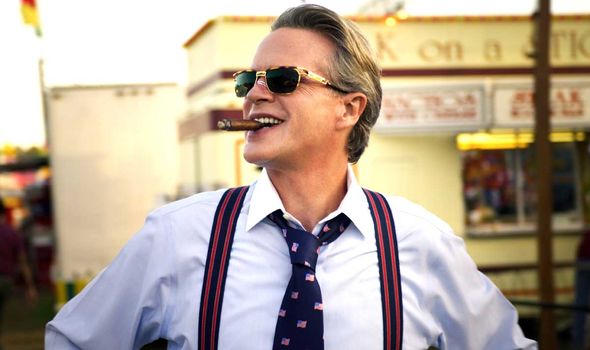 Hollywood actor Carey Elwes is also joining the cast of Stranger Things after appearing in hit films like The Princess Bride and Saw.

Elwes will be playing Mayor Kline, who Netflix described as “your classic ’80s politician, more concerned with his own image than with the people of the small town he governs”.

The final new addition to season three is Jake Busey who is a shifty reporter at The Hawkins Post.

Other main characters who will be returning this series include Natalia Dyer as Nancy Wheeler, Sadie Sink as Max Mayfield and Charlie Heaton as Jonathan Byers.

Stranger Things season three will be released on Netflix today (Thursday, July 4) at 8am BST.