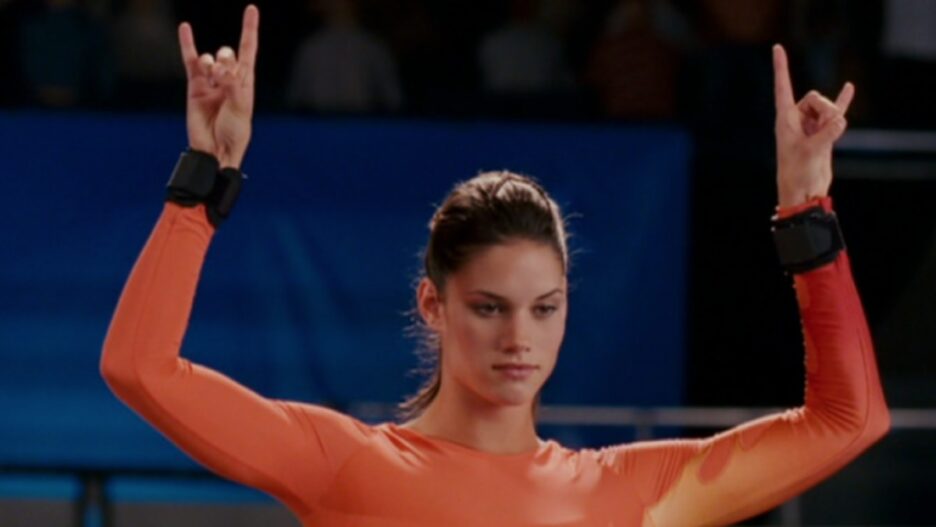 It’s been 15 years since Missy Peregrym played an elite gymnast in “Stick It” but she definitely still feels a kinship with other gymnasts. And during the Olympics, she gets a little extra protective of them.

Reflecting on the anniversary of “Stick It” with TheWrap earlier this year, Peregrym noted that she was absolutely blown away by the gymnasts she and her castmates trained with (some as young as 6 and 7 years old). But she also remembers how hard it was seeing them mess up, because they always knew it immediately, and it sticks with her to this day.

“To watch them, and to watch the Olympians — they know when they’re messing up, and that part really affects me still,” Peregrym said. “I just feel for them so much if it’s not a perfect routine, which it usually never is! Which is insane to me, because everything they’re doing is so hard.”

With that in mind, Peregrym also scoffs at viewers and commentators who look down on routines, but don’t have any similar experience.

“And yet we can just sit there and, you know, be like ‘Nah. Oh that’s not great. You could do better.’ Can she do better?” Peregrym continued. “You just get this attitude of like ‘You do it. You go do what she’s doing right now, and if you can do even 10 percent of what she’s doing, then I’ll let you judge.'”

Nastia Liukin, who had a small part in “Stick It,” has been part of NBC’s gymnastics commentary in Tokyo, and a vocal supporter of Team USA. In her commentary, she has pointed out exactly how hard the tricks these women are throwing are, and has been praised for making the sport more “full and real.”