Stephen Amell Clarifies Why He Was Booted From June Flight: '100 Percent My Fault' 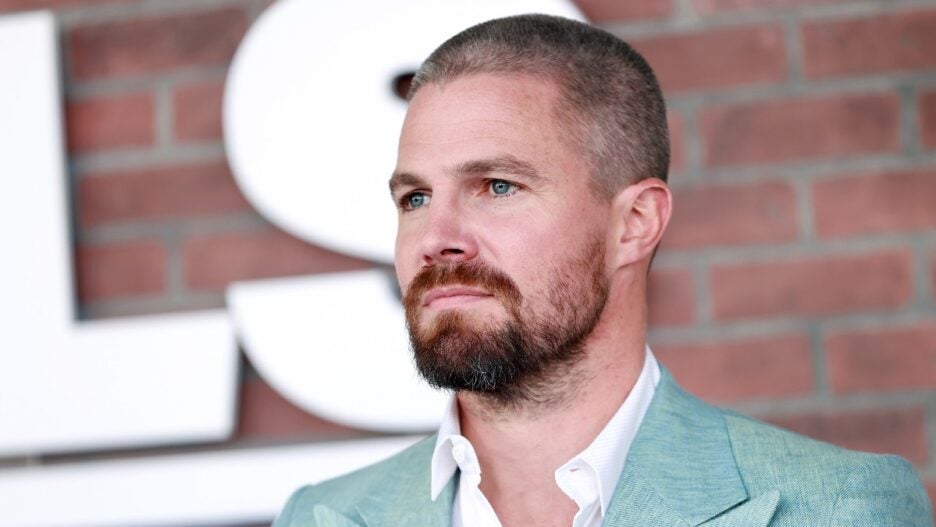 Earlier this Summer, “Heels” star Stephen Amell was removed from a Delta flight, reportedly after an argument with his wife Cassandra. But now, the former “Arrow” star is setting the record straight and taking full responsibility for the incident.

During an appearance on Michael Rosenbaum’s — a fellow former CW actor — podcast “Inside of You” on Tuesday, Amell recounted the day, explaining the series of events that eventually led to him being asked to get off the plane — something he says his wife predicted would happen at the time.

As Amell recounts it, he was angry about something else that day, though now he can’t remember exactly what it was. So, after having those drinks, he deliberately picked a fight with Cassandra, but she refused to indulge him.

“I picked a fight because I wanted to be loud and upset. And it was a fight, as in like, it was not an argument,” Amell said. “In order to have an argument, two people have to be talking. My wife said one thing the entire time, which was, ‘If you don’t lower your voice, they’re going to ask you to get off the plane.’ That’s the only thing that she said the entire time.”

Indeed, he was asked to get off the plane roughly 10 minutes later. Amell then took the moment to clarify the tweet he posted about what happened, in an effort to get ahead of it going online. “My wife and I got into an argument Monday afternoon on a Delta flight from Austin to LA,” Amell tweeted at the time. “I was asked to lower my voice and I did. Approximately 10 minutes later I was asked to leave the flight. And I did so immediately. I was not forcibly removed.”

Amell doubled down on his assertion to Rosenbaum that it was not an argument, and that he obviously complied because he knows he was in the wrong, in the moment.

You can listen to Amell’s full conversation with Rosenbaum here.