STACEY SOLOMON branded her fiance Joe Swash a LIAR on today's Loose Women after he claimed he does 4am night feeds.

Joe was a guest on the show to confirm the news that he is joining Dancing On Ice's 2019 line-up, but when talk turned to baby Rex, Stacey – who was not on today's panel – phoned in from home to call her man out. 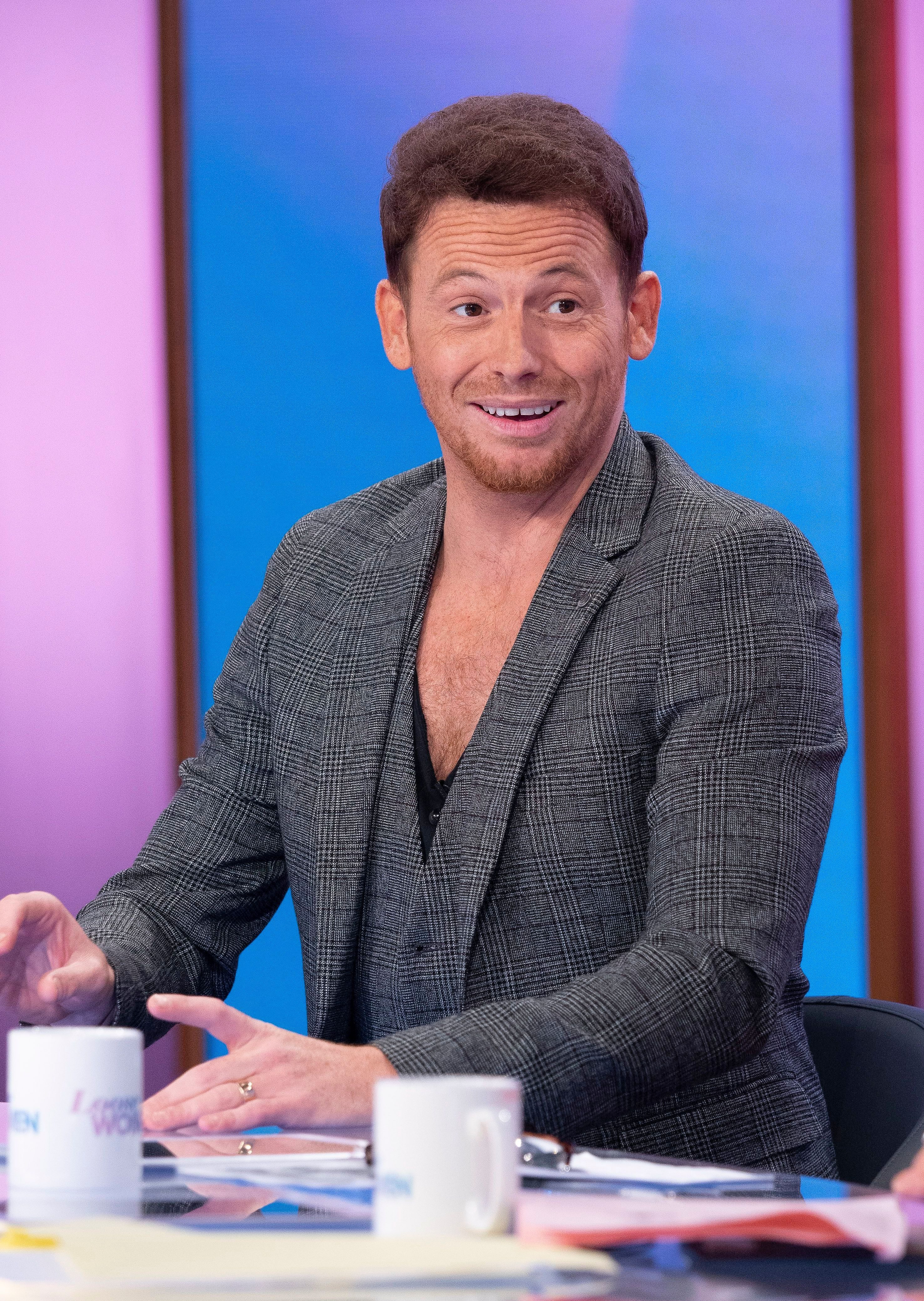 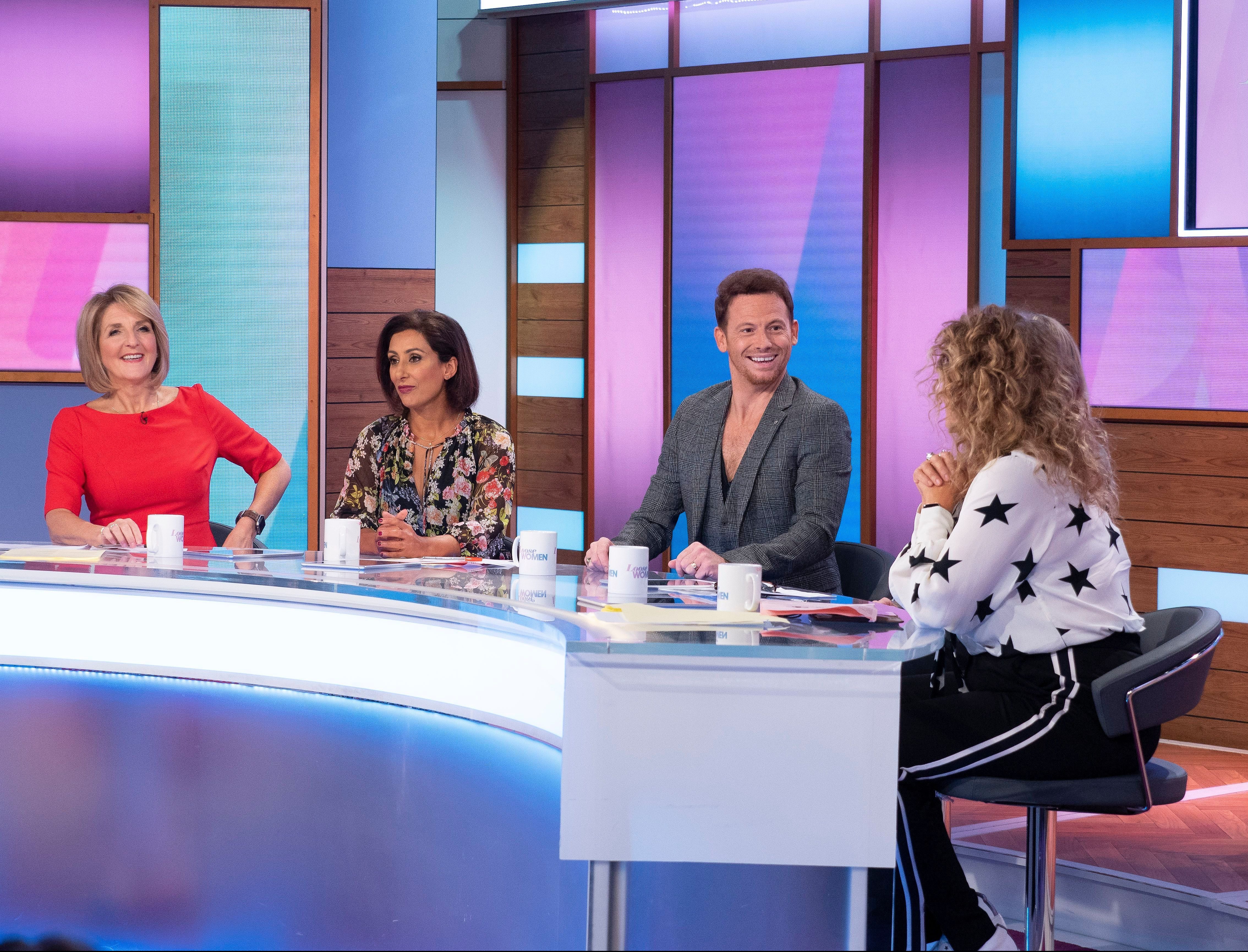 Talking about sharing night feeds, Joe, 37, said: "I will do the 4am night feed. I am not going to say I do all of them as Stacey will be chucking things at the telly. We share them."

Not convinced he was telling the truth, Nadia Sawalha decided to give her pal Stacey, 29, a call to check.

She said: "Is he having some kind of joke? How dare you go to work with my friends and pretend you get up at 4am?" 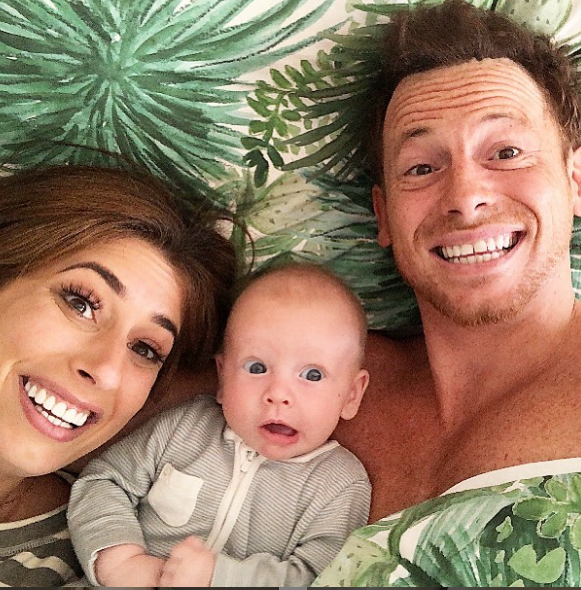 "She is such a fibber," answered Joe as the banter continued.

And even when Stacey had hung up, Joe was clearly smarting from her rubbishing his claims, saying: "I can't believe she said that." 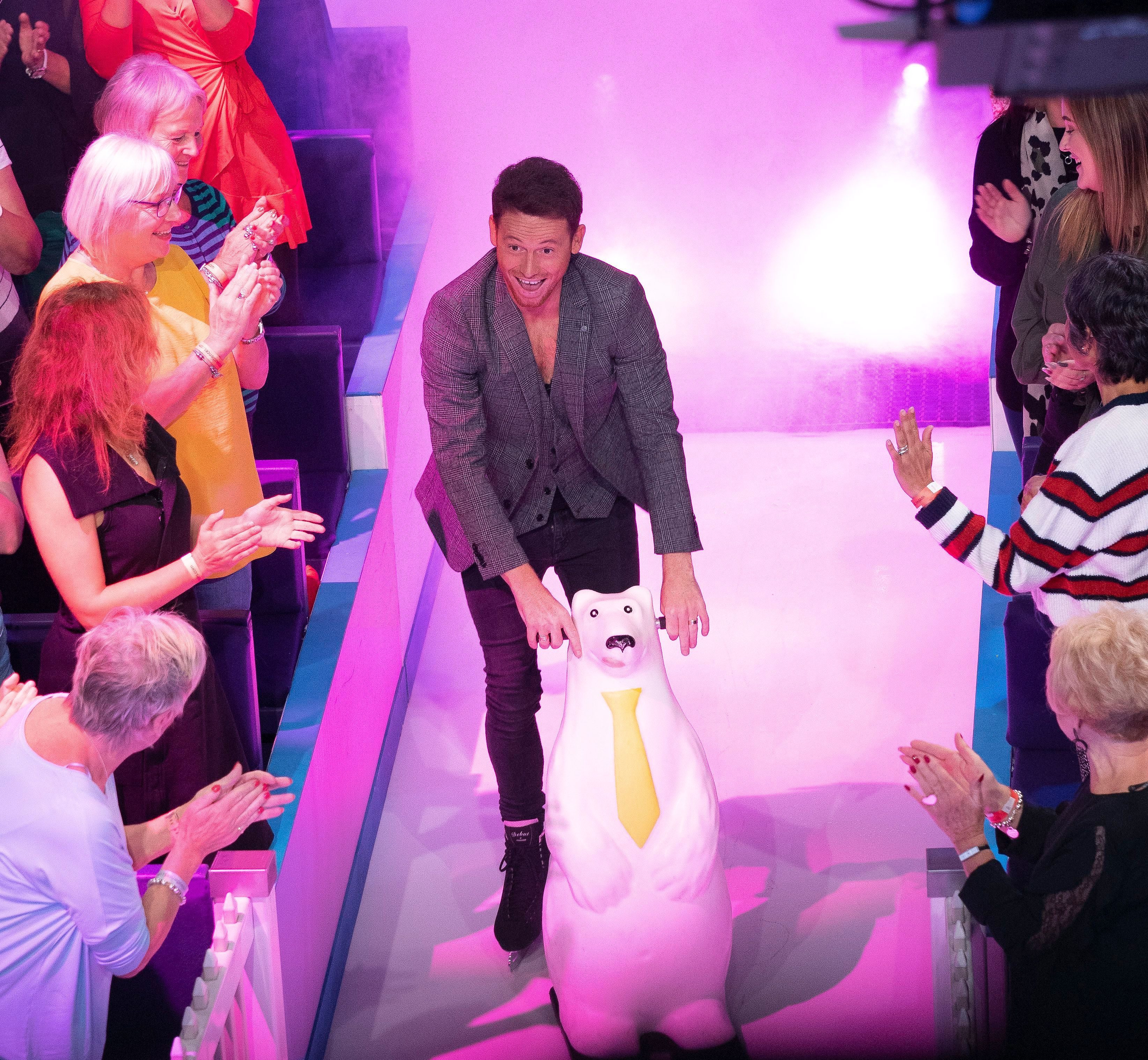 Earlier in the interview, Joe was asked what Stacey thinks of him taking part in the skating show.

"I think she thinks it's a bit funny," he revealed.

He added that he is out of shape, revealing: "I have done no exercise since the baby has been born. I can't even dance on a dance floor so to dance on the ice is just a silly idea." 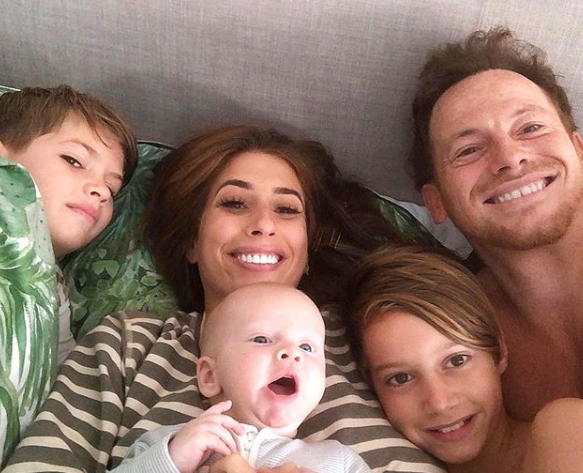 Joe, who almost fell over walking into the studio on skates, added that he is meant to be wearing his boots in the house to break them in, but has ignored advice.

"Now they are killing me!" he laughed.

Joe also shared how baby Rex is the most happy baby.

He explained: "Rex is always smiling, even when he has the hump. You give

him a smile and he smiles back, and then be cries again. He wakes up smiling."

As for how Stacey reacts to everyone saying the little lad looks like his dad, Joe said: "It's starting to wear thin.

"Stacey had to carry the baby for nine months, she has had a lot of hard work and now the baby has come out and looks like me. It's not fair."

As the chat came to a close Joe reflected on his decisions to quit I'm A Celebrity…Extra Camp to focus on his family.

"Going to Australia this year would have been impossible," he said. "That's why I'm doing DOI, I can do rehearsals and go back to my son.

He continued: "I have another boy, Harry, who is 12 and I haven't had a November at home in 11 years so I am looking forward to having Christmas with him too. I just hope it's not Christmas in a plaster cast!"