STACEY Solomon has revealed her incredible pool transformation as she 'perved' over the hunky cleaning guy.

The Loose Women star and fiance Joe Swash moved into their new dream home with their family last month. 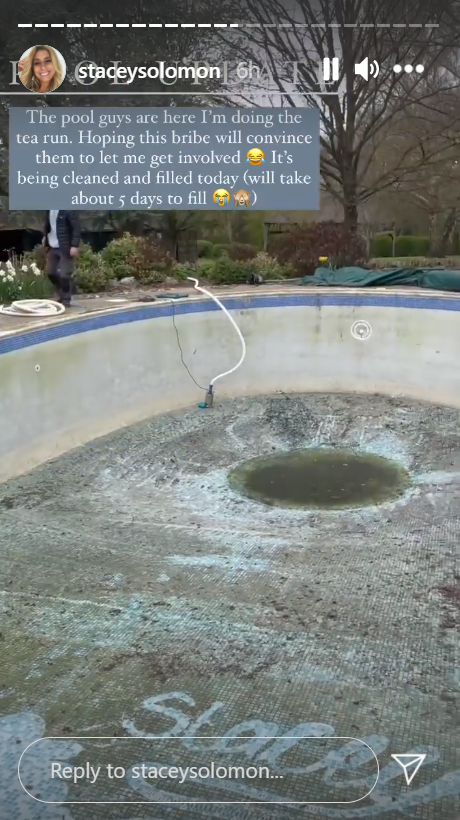 The Essex abode comes with 2.5 acres of land and a large swimming pool, but it was in no fit state to use so super-organised Stacey immediately put plans in motion to get it sorted.

Today, she documented the pools transformation on her Instagram Stories, and joked she was tempted to marry the hunky cleaner sorting it out after he had done such a good job.

Sharing a video of him draining the dirt and grime away while Marvin Gaye's Let's Get It On played, Stacey captioned it: "Joe's not happy with the amount of time I've spent today staring at the pool man. Might marry him."

Stacey, 31, then shared a before picture of the pool with her name written in the dirt on the bottom and she wrote across it: "Gutted the pool guy has gone home but excited about this tap to tidy." 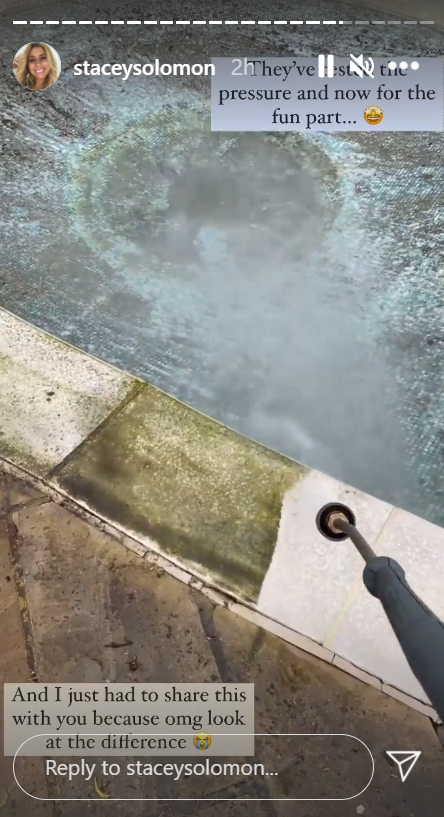 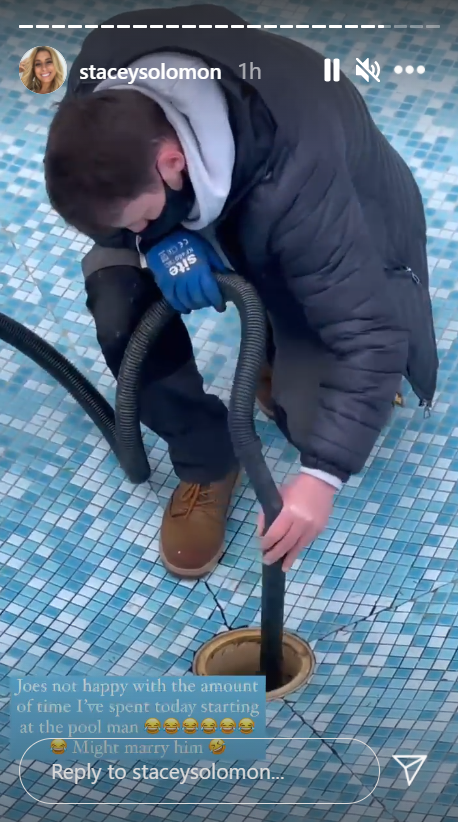 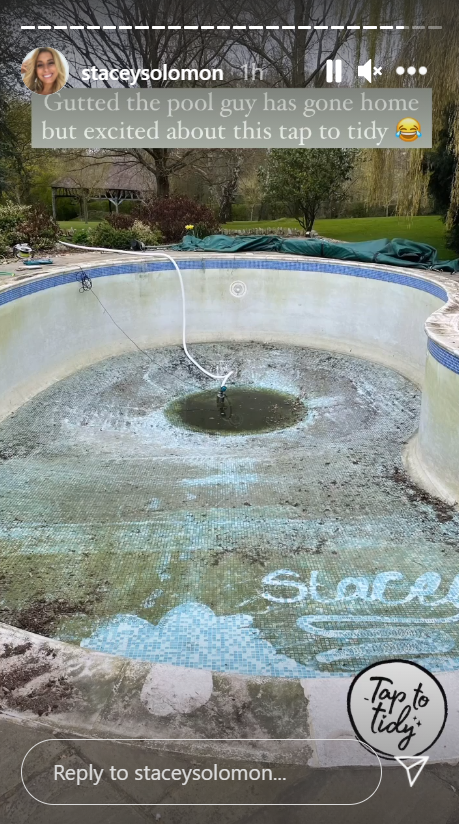 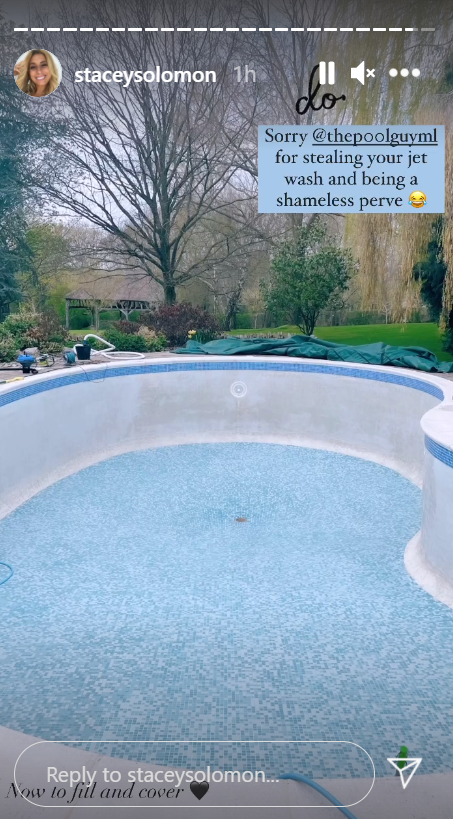 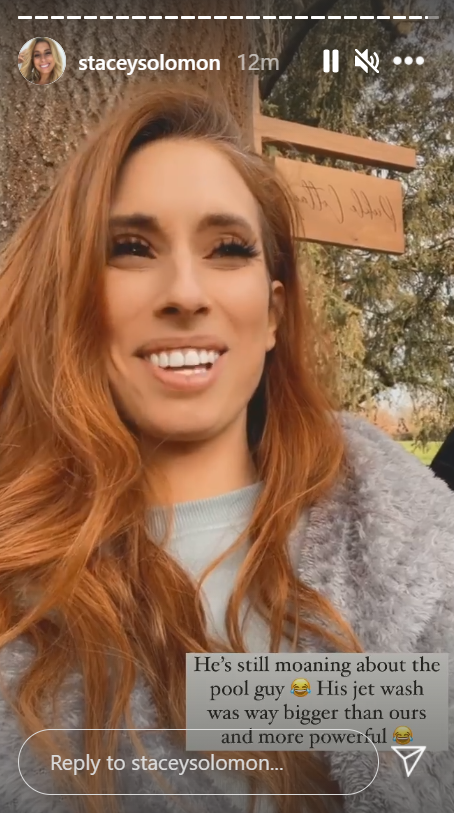 She then revealed the pools transformation and its sparkling clean tiles, adding: "Sorry @thepoolguyml for stealing your jet wash and being a shameless perve."

Stacey then shared a video sitting alongside Joe, 39, in their sprawling garden. 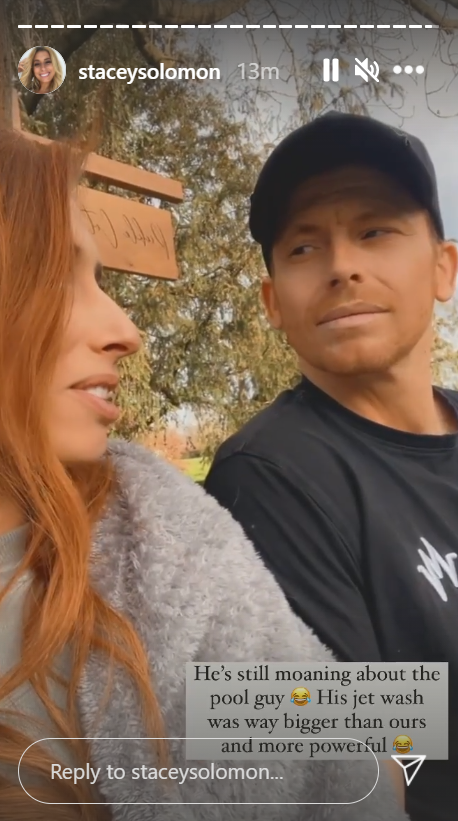 Joe said he would be just as good but Stacey told him cheekily: "You haven't got the right tools."

Joe warned: "Don't go there" but Stacey continued to tease: "His jet's much bigger than yours."

Joe told her: "My jet goes further than his" but Stacey laughed: "It don't!" 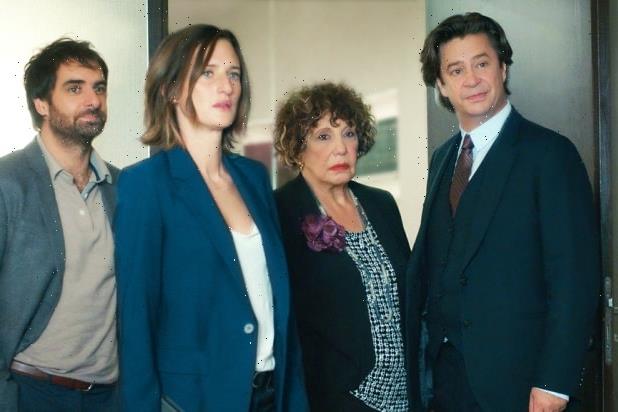