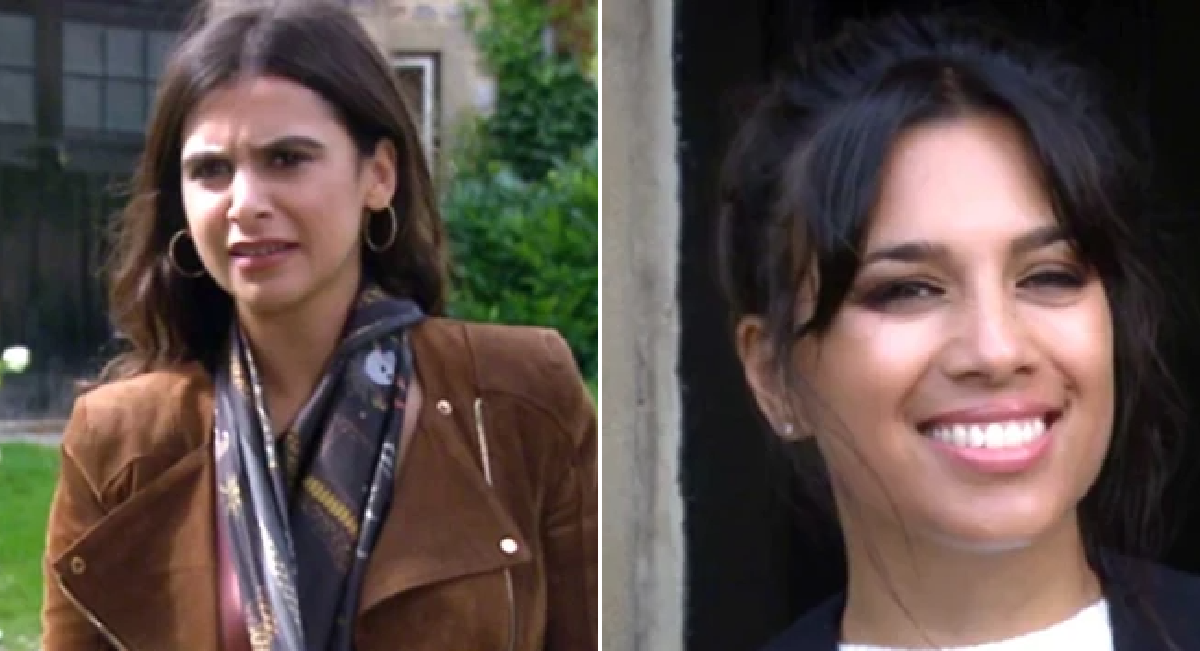 Meena has been away from the village supporting Manpreet (Rebecca Sarker) in Ibiza, following the news her daughter had been involved in an accident.

But while Meena’s been away, David has been recovering after getting shot by Wendy’s (Susan Cookson) mad ex Russ (Rob Jarvis).

Still struggling to get back to normal, David has had support from Priya (Fiona Wade).

After David collapsed in yesterday’s episode, Priya decided to move in and help him with childcare.

As Meena returned, she spotted the suitcases outside David’s and immediately assumed the chef’s hat meant they belonged to Victoria.

Grabbing her scarf, Meena prepared to strangle Vic but was forced to bring her murder attempt to a halt when Priya opened the door.

Priya was concerned by Meena’s odd behaviour, pointing out it looked like she was going to strangle her, to which Meena replied: ‘It’s a game me and David play, I was gonna capture him!’.

While this was quick thinking from Meena, could it foreshadow events occurring in Super Soap Week?

Will Meena capture David and hold him hostage?