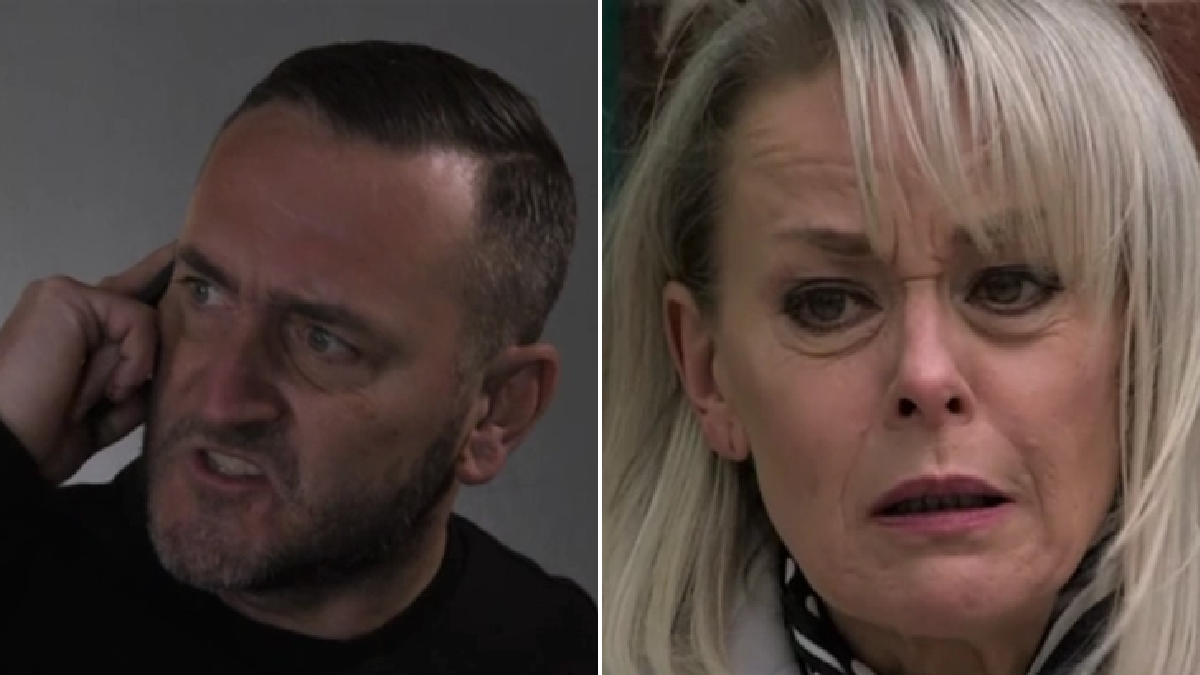 Harvey (Will Mellor) has tasked Sharon with finding Simon and Leanne (Jane Danson) so he can reduce his time in prison. However, all of Sharon’s plans haven’t worked.

Tonight, she took to flirting with Dev (Jimmi Harkishin) and after it transpired Sharon had lost an earring at Dev’s house, he gave her the keys and she let herself into his home.

After Sharon successfully managed to convince Dev to ban Aadi from the violent video games he was playing, it looked as though things were falling into place as Simon became aware of “Aadi’s” new message.

Spending some time with Dev, Sharon snuck onto Aadi’s gaming account once more to get an update on Simon, who had replied to the message about Seb’s (Harry Visinoni) death.

However, over at the hideout, Leanne discovered what Simon was doing and when Sharon checked back on the account, much to her horror, Simon’s gamer tag had been deleted.

Harvey’s anger ensued when Sharon called him with an update at the end of tonight’s instalment of the ITV soap.

The drug lord threatened Sharon, telling her the ‘softly softly’ approach hadn’t worked, so it was time to up the stakes.

Terror washed over Sharon as she realised the only way to get what Harvey wants is to put young Sam (Jude Riordan) in danger.

But how far will Sharon go?

We know she’s set to have Sam kidnapped, could Harvey force her to have the young lad killed if this plan fails – again?