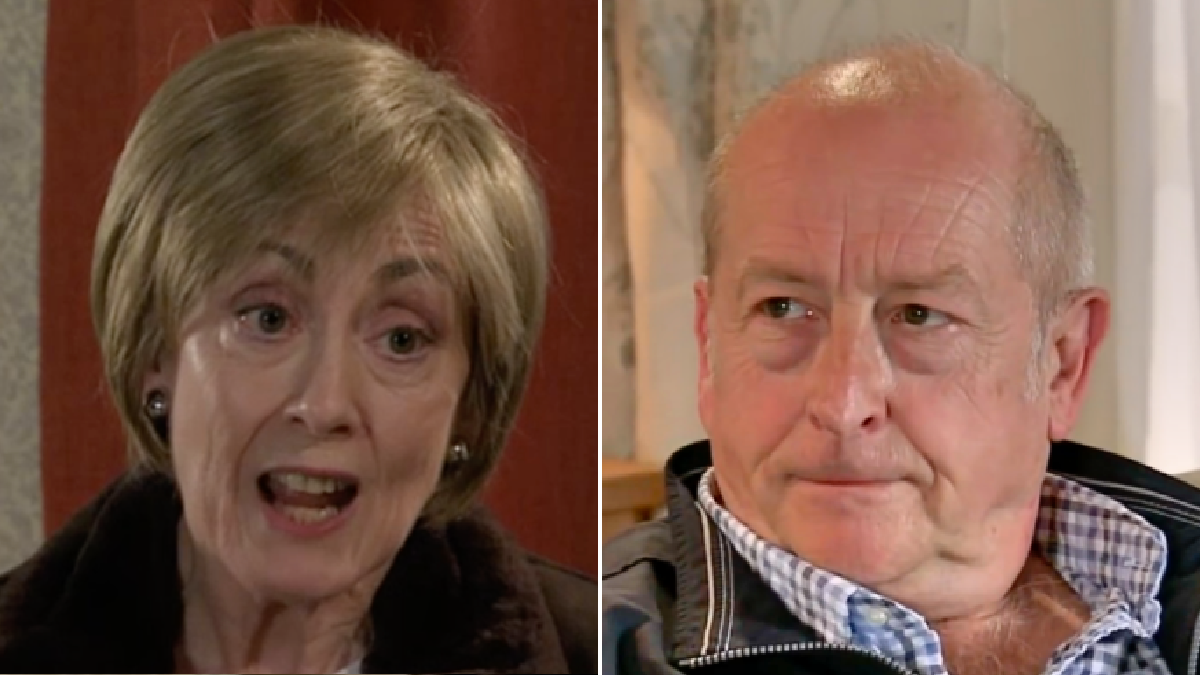 Elaine Jones (Paula Wilcox) opened up to Alya Nazir (Sair Khan) in Coronation Street tonight (February 22), noting how she was left ‘up to her eyeballs’ in debt after leaving Geoff Metcalfe (Ian Bartholomew).

She soon came to learn that her gran was in a serious amount of debt due to Geoff having taken out loans in her name, and now that he’s dead, it’s seemingly up to Yasmeen to pay them back.

Yasmeen was apologetic for hiding the letters, but Alya worried about how they were going to be able to sort the situation.

Elaine then revealed that Geoff did the same to her decades ago, and thus she was ultimately forced to repay the money.

‘I paid for everything in the house,’ she said, ‘every stick of furniture, and I walked away with nothing.

‘Well, my handbag, and a carrier bag full of clothes.

‘He took out loans in my name, so I was the one they pursued.’

Elaine confirmed that she did explain to the banks about how Geoff had abused her.

‘The banks didn’t believe a word of it,’ she continued, ‘I had to repay every penny. It took me years. Needless to say my credit rating never recovered.

‘Times have changed, Alya. Back in my day, nobody had even heard of coercive control. But now, I’m sure the bank must be more enlightened.’