Spoilers: EastEnders star reveals why Chelsea is back with killer Lucas

His daughter Chelsea Fox (Zaraah Abrahams) was by his side, and this was something that left Denise (Diane Parish) shaking in terror.

Yes, Denise came face-to-face with Lucas during the festive instalment, and she was terrified. However, it was the revelation that daughter Chelsea was in his presence that left her all the more perturbed.

Given everything that Lucas has done to their family in the past, why on earth would Chelsea want anything to do with him?

Welcome to Albert Square! First tell us how you felt when you heard you would be playing Chelsea Fox?

I felt really happy. She’s an established character and so to be offered the role, it was just really exciting. The Fox family have been on the show for so long. And for me to be part of such an iconic family, it’s a really big deal.

I was really excited but very nervous. It’s been a trying time for everybody in the creative industry. Luckily I’ve been able to work from home doing voiceovers as it’s been really busy but to be offered such a consistent role at this time, I’m just really grateful.

How was your first day on set?

My first day on set was fabulous. I was working with a director that I worked with on Waterloo Road a thousand years ago. So to see such a familiar face was really nice. My first scene was with Rudy (Rudolph Walker) who plays Patrick.

So although I was really nervous I was surrounded by such warm and lovely people. It was really nice. I got a dry lip and I was like can we go again my lip is stuck to my teeth!? (laughs). But it was great.

Was it strange starting in a Covid-19 world?

Yes it was really strange but the other cast members set such a great example of the protocol of it all. When you’re on a show like EastEnders we’re blessed with multi-cameras.

So they can do so many shots when you’re just doing one take, and usually they’re really giving so if you do your performance the cameras will pick you up and follow your lead. But with the restrictions you have to give a lot more to the camera side. So if they need you to stand in a particular place, or they need you not to do a certain thing, you have to go with that.

Which can sometimes interfere with your performance but you adapt so quickly and everybody is so giving. It was challenging at first but they’ve come up with so many amazing ways to try and get shots. It’s so clever

Was the set how you imagined it to be? Anything that surprised you?

It was just how I imagined it to be. I know people always say that it’s so tiny but the outside lot is just how it is on TV.

The inside sets are quite small but I’m used to that really I had a scene on Christmas Day and the whole square was lit up and it was just such a beautiful moment. I was like – oh my gosh it’s EastEnders at Christmas! Which was really surreal.

Your big entrance is on Christmas Day, how did you feel when you found out it was going to be one of the big Christmas storylines this year?

Oh I was honoured but also extremely frightened. I said I think we should do it the next day as I didn’t want to let anybody down (laughs). Everyone looks forward to EastEnders on Christmas Day, it’s a lot of pressure! EastEnders has such loyal fans so I want them to be happy on Christmas Day! But it’s a big massive reveal so I’m very honoured, really happy with it.

How did it feel playing an existing character? How did you approach that?

I did have a little look at Chelsea Fox’s scenes just to get a feel for how the character was. She’s sassy, she gets herself into a bit of trouble. She does have a loving side, but there’s a bit of angst with her mum, that relationship is quite complex plus all the stuff with her dad as well.

I just wanted to get a story arc of where she’d been and where she was going and how she handle situations. But I’m trying my best to make it my own. I can’t reinvent what she did and but I can just take characteristics of what she was like. She’s a lot older now so that’s an opportunity for change but I have tried to put my own spin on the strong characteristics that were there already.

Were you a fan of the show growing up? Did you have a favourite character?

I watched it when I was younger because my mum and her friends would watch all the soaps. EastEnders is such an iconic show, and I was a massive fan of the show when Martine McCutcheon was in it, plus everything with Grant and Phil, and of course I loved Peggy Mitchell.

Was there anyone that you’ve met on set that you were star struck by?

Definitely Letitia Dean and Steve McFadden. Sharon and Phil. They are the loveliest people I have ever met. They were asking me if I was okay. Those two were in my household four days a week growing up. So I was a bit star struck meeting them but just pretended I wasn’t (laughs).

How has it been to work closely with Don and Diane?

Oh my gosh, it has been incredible. They are so talented. Di is so kind and so caring and such a giving actress. But she’s so incredible, you have to be on you’re A-Game to be in scenes with her. She’s so phenomenal.

And Don – he is so funny. I’ve pretty much done every scene with him. It’s been really nice to have that person that is jolly and upbeat, gets you awake in the morning. He is full of energy. He is so versatile. He plays such dark moments and then such warm loving moments as well. It has been such a pleasure to work with both of them. I’m so honoured.

Chelsea is back with Lucas in tow – what can you tease about their return?

She ends up being back on the Square with her dad because he has been released out of prison. She is wanting to forgive him for all that he’s done and she believes that he has changed. Whether he has or not – we shall see. I think Chelsea might have a few of her dads traits. They’re not the duo you expect..

What’s Chelsea’s relationship with her mum like at the moment?

I think Denise would love it if Chelsea came back as the loving doting daughter. But Chelsea’s not. So it is fiery and explosive – but there are warm moments there as well.  There’s a part of Chelsea where

she can’t help being selfish. And because she is selfish it means that she hurts the people closest to her. Which she is sorry about but she still needs to do what she needs to do.

How does she feel when she hears about Raymond being back in Denise’s life?

She feels a little bit betrayed because she has kept in contact with her mum throughout the years, even while she’s been working away. Also I feel like Chelsea’s always painted as the bad one in the family and so for her mum to keep such a secret when they paint themselves as such angels to her, she does feel a little bit put out.

How is Chelsea’s relationship with Kim and Patrick?

She’s really happy to see her family, especially her Aunty. They were really close, there’s things you can tell your Aunty that you can’t tell your mum. And I think she gets a bit of her showmanship from her Aunty, they click on that level. Even though Kim is upbeat and jolly, she’s got a really soft centre. And she loves Patrick. She adores Patrick and she knows he’s been there for her family so much. I think she’s a bit sceptical about the opinions they have of her. So I think she just bulldozes through that to show that she doesn’t care, but she does.

If you could spend Christmas day with any family on the Square, who would it be and why?

It would be my Fox family because there’s lots of different characters in there, and they’re quite an upbeat family which is how I like Christmas to be.

Join the community by leaving a comment below and stay updated on all things soaps at our homepage. 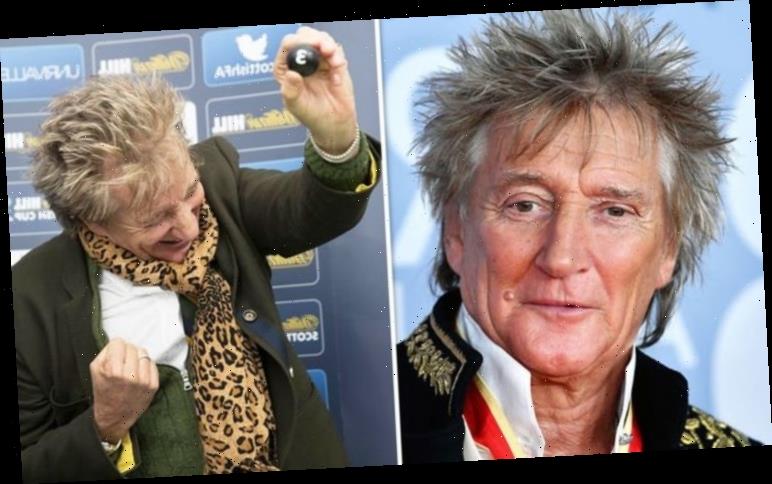