Spoilers: Chas' horror in Emmerdale as she catches Nate and Moira undressed 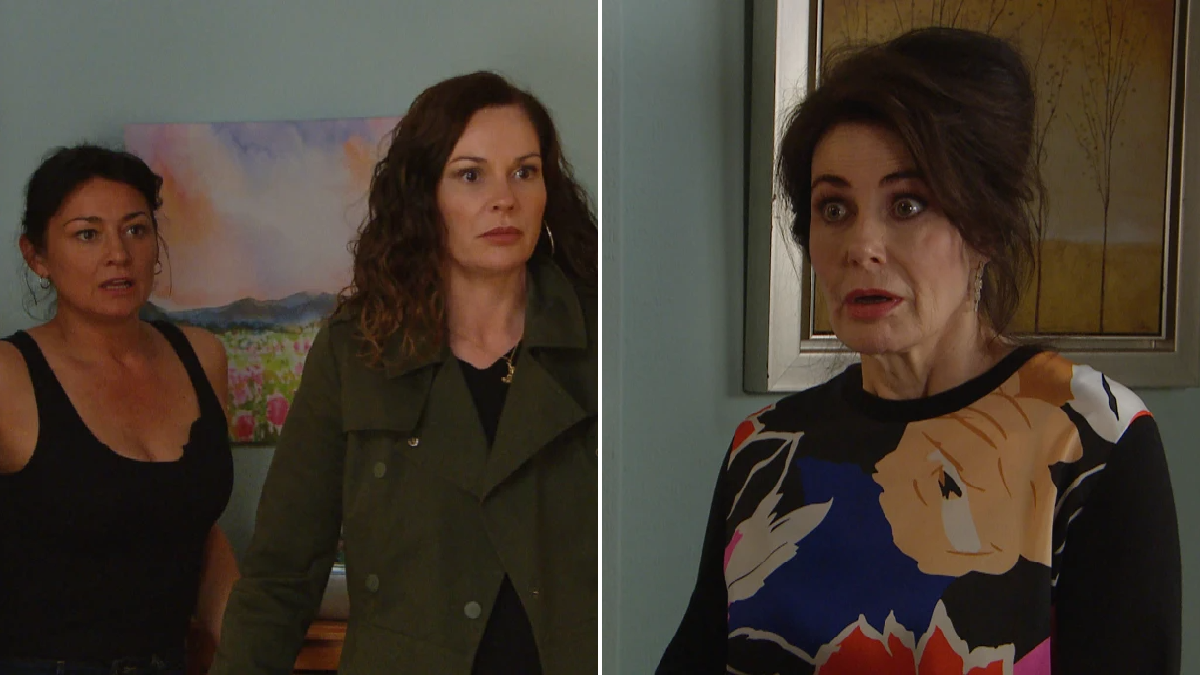 Chas (Lucy Pargeter)’s imagination goes into overdrive in upcoming episodes of Emmerdale when she chances upon Moira (Natalie J. Robb) and Nate (Jurell Carter) in a state of undress.

Well, Nate is in a state of undress, at least. Moira has a perfectly innocent explanation – possibly Nate is going for a bit of a Poldark topless scything vibe while he’s doing whatever it is needs to be done on the farm? Maybe he’s spilled a beverage down his shirt and it’s in the wash? Maybe he’s simply hot – though not in the sense Chas might think.

Either way it is perfectly innocent and it doesn’t mean that Nate and Moira are falling back into old habits and each others’ arms, but that’s exactly what Chas thinks is happening.

She becomes even more convinced that Moira and Nate are rekindling their affair when she hears Moira on the phone telling someone they can come to her empty house. She turns up at the house, and finds Moira wearing just a robe. Certain that she’s going to find Nate in the bedroom, Chas goes and flings the door open.