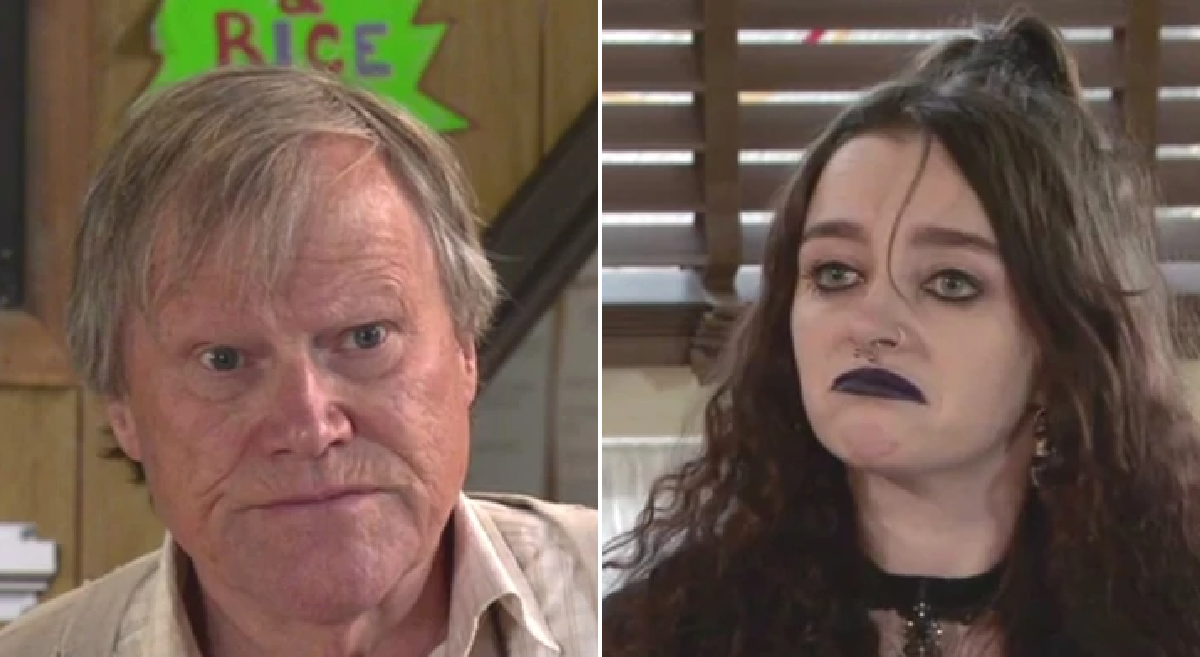 Nina Lucas’ (Mollie Gallagher) anger towards Corey Brent (Maximus Evans) moved up a level in tonight’s Coronation Street as she contemplated killing him.

Following the trial, Corey’s life has gone from strength to strength, and Nina understandably can’t bare it.

Determined to expose Corey for the murderer he is, Nina decided to use social media as a way of getting the truth out there, but it didn’t exactly work.

Using social media also was Corey, who was not only involved in a football press event, but dedicated his goal to Seb (Harry Visinoni), which angered Nina even more.

Getting into the car, Nina spotted Corey outside the memorial garden.

On the phone, Corey had no idea of Nina’s growing need for revenge.

However, before Nina could make a huge mistake, Asha (Tanisha Gorey) confronted Corey, telling him he isn’t welcome in Weatherfield.

Despite Asha being unaware of Nina’s plan, Roy (David Neilson) wasn’t and opened the car door, instructing Nina to hand over the keys.

Back in the café, Roy confronted Nina about nearly killing Corey, reminding her ‘a life for a life is not the answer’.

Nina wasn’t prepared to talk to Roy and left him alone.

Nina is desperate for Corey to pay for murdering Seb, but will she realise her own revenge plot isn’t the answer?