Spoilers: Abi, Asha and Nina cover up killer Corey's death together in Corrie? 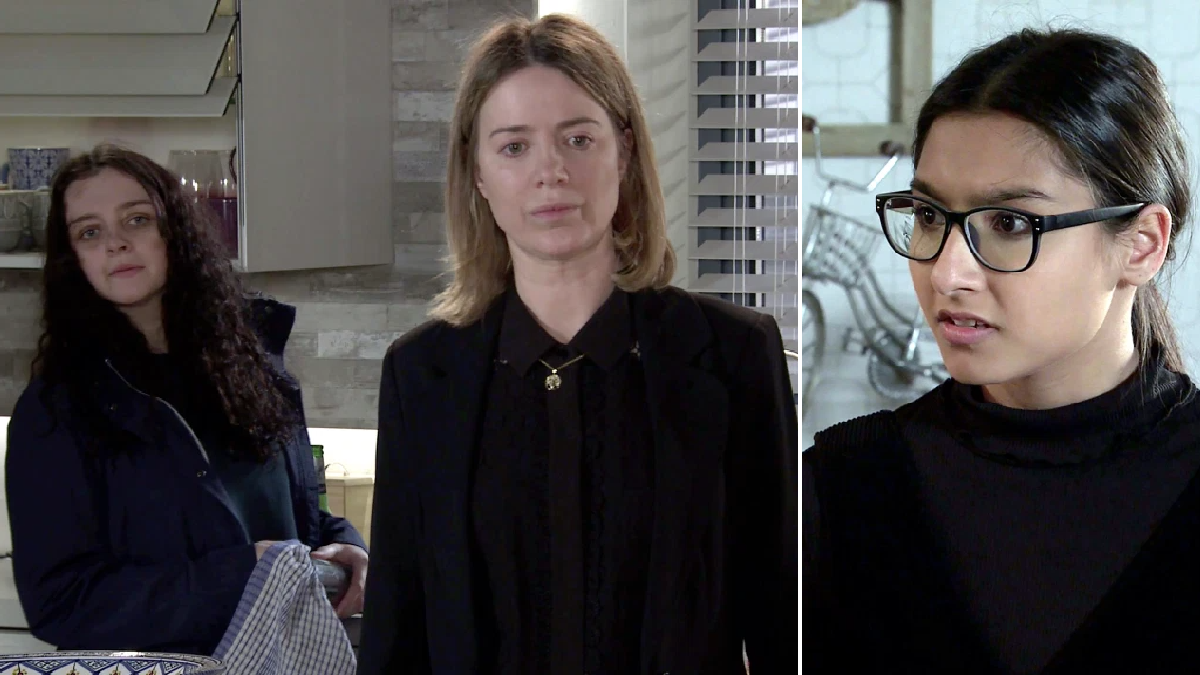 Abi Franklin (Sally Carman), Asha Alahan (Tanisha Gorey) and Nina Lucas (Mollie Gallagher) could be forced to team up soon and cover Corey Brent’s (Maximus Evans) death after he falls down the stairs.

As Seb’s (Harry Visinoni) wake takes place in the Rovers, Abi is devastated to overhear Corey on his mobile, laughing about Seb’s death.

Later, Abi meets up with a dealer and buys some drugs.

At the flat, Asha convinces Corey that she believes he’s innocent and wants to spend the night with him.

Having got the drugs from Abi, Asha slips them into Corey’s drink.

As Nina learns the truth about Asha’s plan, Corey slips into unconsciousness.

When a call from worried Nina causes Corey to stir, Asha freezes, worried she’ll be caught scrolling through his phone.

As a suspicious and disorientated Corey staggers around, a worried Abi and Nina arrive at the flat.

Corey tries to barge past them but loses his balance and falls down the stairs.

As Asha looks down at Corey’s lifeless body, the women are left with a decision to make; call and ambulance or leave Corey for dead to pay for what they believe he did to Seb?

What will they do?

Could they cover up Corey’s death?