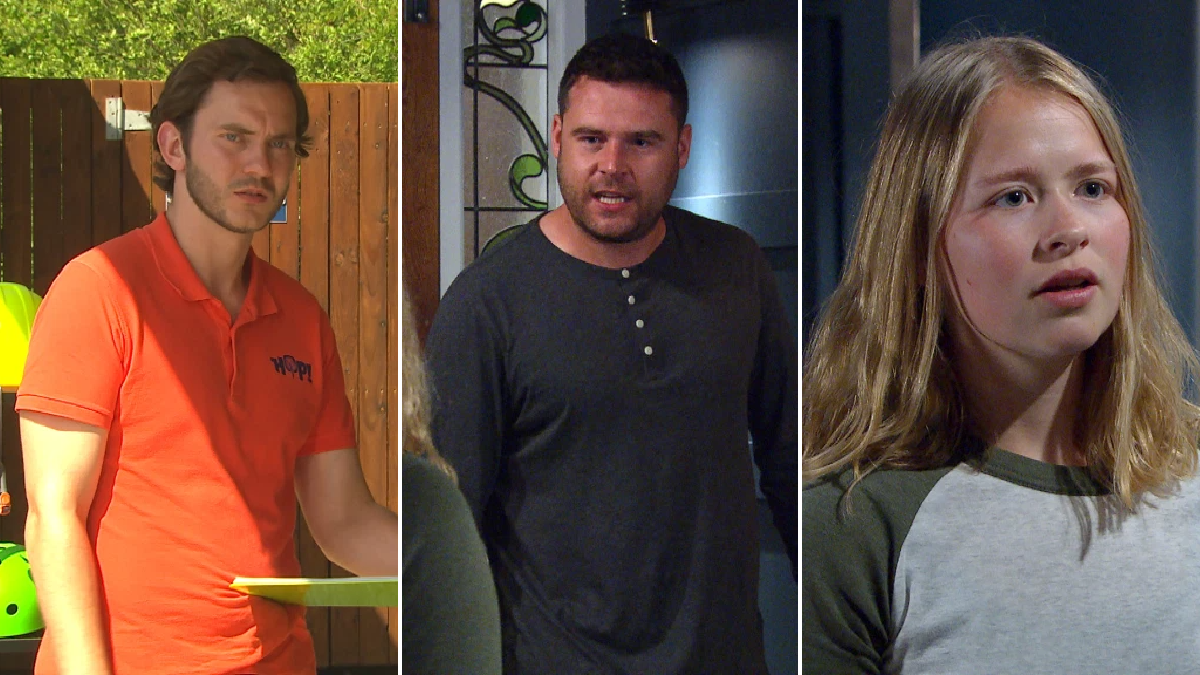 Ben Tucker (Simon Lennon) has been hiding a secret from Aaron Dingle (Danny Miller) in Emmerdale about his past.

After helping Aaron with drunken Liv (Isobel Steele), Ben was thrown when he came across a familiar face in the village during Pride week.

This face from Ben’s past was hideously drunk and as he put the man into a taxi, Ben had no idea he was being watched by Liv.

Not wanting to cause problems, Ben kept the whole thing quiet but now, as it’s confirmed the man was Ben’s alcoholic father, his relationship with Aaron is having a few problems.

Ben is torn over his dad’s blackmailing texts. Aaron urges him to delete them and, fighting his despair, Ben eventually complies.

After apologising to Liv for lying about his connection to Warren, Ben is distressed and Liv finds it uncomfortable.

When Aaron catches up with him at work, Ben agrees he needs to collect the rest of his belongings from his dad’s house, but declines Aaron’s offer to move in, explaining he can’t live with another alcoholic.

Forced to accept Ben’s decision, Aaron’s anger rises as he blames Liv for ruining everything.

How will Liv react?

She’s still living in denial, could this put her relationship with Aaron at risk?

Furthermore, can Aaron cope with supporting Ben and Liv?