The new ‘Spider-Man: No Way Home’ trailer gave fans serious deja vu. Fans have an epic theory that Andrew Garfield’s Spider-Man will be the one to save Zendaya’s MJ in a critical ‘No Way Home’ scene.

Spider-Man fans will never forget what happened to Gwen Stacy in The Amazing Spider-Man 2. Fans are hoping Andrew Garfield’s Spider-Man is going to be able to get a second chance in Spider-Man: No Way Home. The new trailer features Zendaya’s MJ falling, a similar image we’ve seen in the previous Spider-Man iterations. There’s a hand that is reaching out to catch MJ, and fans have a theory that it’s actually Andrew and not Tom Holland.

If Andrew does show up in the movie and saves MJ, it would bring his story full circle. The brief scene in the trailer echoes the tragic scene in The Amazing Spider-Man 2 when Peter tries to save Gwen Stacy, played by Emma Stone, as she falls down the clock tower. He’s able to catch Gwen with his spider silk, but she still hits the ground at a high speed. Her neck snaps and she dies instantly. Peter breaks down after he’s unable to save her.

Now this theory coming true is all dependent on whether or not Andrew (and therefore Tobey Maguire) actually reprise their versions of Spider-Man in No Way Home. For months, everyone involved has issued denial after denial about Andrew and Tobey returning, but fans still haven’t given up hope.

“Listen, I am not in the film,” Andrew said on TODAY. “I love Spider-Man, I always have. I was so happy to have played the part and I’m so excited to see what they do with the third one just like you guys are. I love Tom Holland, I love John Watts, I love Amy Pascal and Kevin Feige and what they’ve done with those movies and that character because you know that’s an important character to me.” 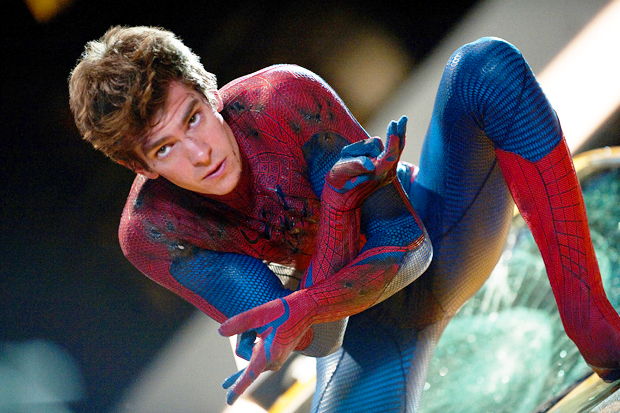